China tells residents not to hire strippers for funerals

The unusual trend, mostly seen in rural villages, has come into being because many families hope scantily-clad showgirls could help make the ceremony more successful – by drawing more mourners.

Now the Chinese government is hoping to give a send-off to the ‘obscene, pornographic, and vulgar’ phenomenon after trying to stop it for over a decade.

Flashes to flashes, bust to bust: Funeral strip shows have been popular in rural Chinese villages. A stripper is pictured performing at a funeral in Handan, Hebei Province, in 2015

In a document released in January, China’s Ministry of Culture named and shamed the four places and vowed to crack down on stripteases spotted at funerals, weddings and temple fairs.

China has had the tradition of entertaining mourners at funerals for more than 100 years, but funeral striptease only emerged in the 1990s, according to Chinese newspaper Global Times.

One expert said the phenomenon could be attributed, to some degrees, to Chinese people’s worship to reproduction.

By staging a funeral striptease, a family would be able to attract more attendees to the funeral, which could give the appearance that the deceased had many offspring. 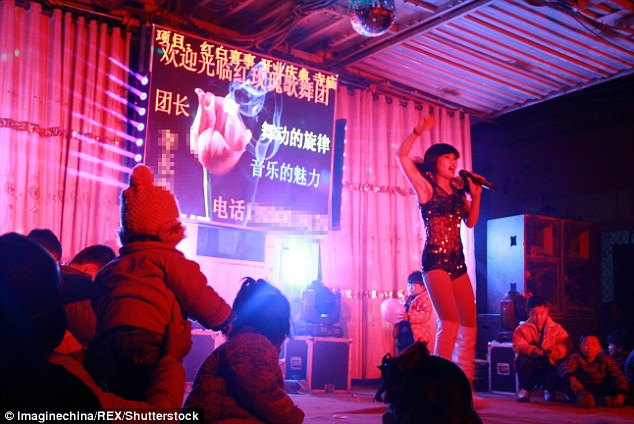 Such titillating show are usually performed by grassroots dancing troupes, which make money solely by performing at funerals, weddings and temple fairs, according to a report by China’s Xinhua News Agency in 2015.

The Chinese authority has tried – and failed – to put a stop to funeral strip shows since 2005. Police have in recent years started arresting those who perform or arrange funeral strip shows. Despite the governmental interventions, the trend seems to carry on thriving. 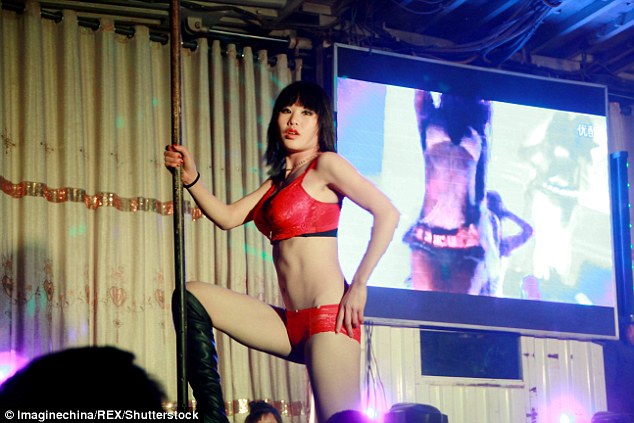 Some claim that the trend spread to mainland China from Taiwan, where the custom is even more popular.

American Marc L. Moskowitz anthropologist explored in his 2011 documentary, Dancing for the Dead, how Taiwan families hired strippers to perform along with the funeral procession – a phenomenon first spotted by local media in 1980.

In Taiwan, which shares a similar culture with mainland China, funeral strippers usually dance on a truck which has been converted and has a stage on it. The vehicle is known as the Electric Flower Cars.