Chinese community urge Australians not to blame them for Corona outbreak

The Chinese Australian community has urged the public not to blame them for the coronavirus outbreak after a fake health notices fueled racist abuse.

Nine Australians have been diagnosed with the deadly coronavirus – seven in NSW, Victoria and Queensland and two in China’s Guangdong province.

Following the false claims, Apple technician Harry Xin said he had a racist encounter watching the Australian Open at Rod Laver Arena in Melbourne on Wednesday.

‘We are Chinese, we are not a virus, we are as part of this world as anybody, so stand against discrimination, of any kind! Fight until we are treated the same as if we were born with coloured eyes,’ he wrote on Facebook.

Hoax health notices targeting the Chinese people has prompted community leaders to urger the Australian public not to blame them for coronavirus. Pictured: A woman wearing a face mask to protect against coronavirus 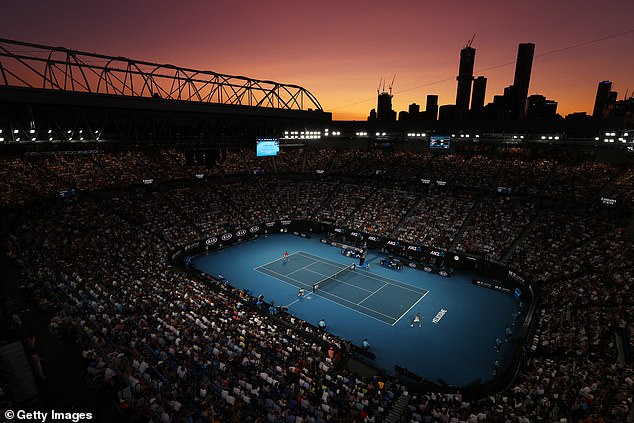 Mr Xin, who is an Australian of Chinese decent, was queuing up for food when two men pushed in fron of him and began talking about coronavirus.

‘They started to talk about the Coronavirus. They were talking quietly but not quiet enough, as if they think I can’t understand what they were saying,’ he said.

‘I heard pieces of “…they eat snake…and travel all around the world…they try to take everything”.

‘I was p***ed enough to the point where I turned around and said: “everything on you is probably made in China, show some respect” and walked away.’

Mr Xin, who is the former president of the Melbourne University Chinese Students Association, said his community is constantly racially vilified in Australia – and the coronavirus outbreak has only made it worse.

‘The discrimination HAS TO STOP! We deserve the same rights as everybody else who lives here, even though people judge us by our colour, assume that we don’t speak English, get passed on in interviews and promotions, we still keep our head down and never complain,’ he wrote.

‘We pour our heart and soul, blood and sweat to adjust to this life, to fit in, TO BE AUSTRALIAN, but we shouldn’t have to do any of this, endure any of this!’

Increased discrimination against Chinese people comes after two false health notices claiming to be from health bodies in NSW and Queensland. 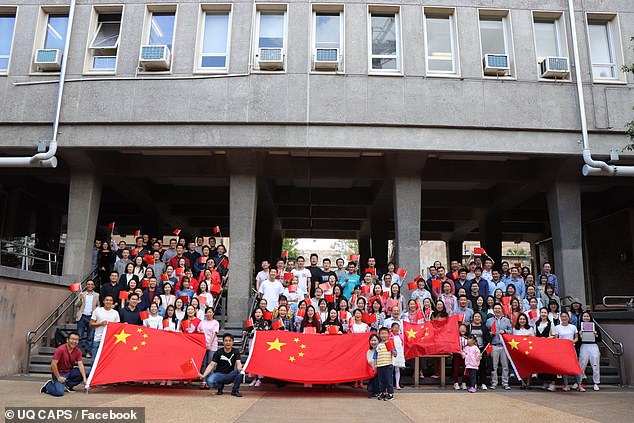 The University of Queensland Chinese Association of Postgraduates and Scholars (pictured) spokesperson said: ‘We are not the virus. We will protect ourselves from the virus and also protect others.’

Earlier this week, a hoax health notice that claimed to be from the Queensland Department of Health circulated, urging people to ‘avoid all populated areas with Chinese nationals of ratio of 1 to 3 non-Chinese’.

Brisbane suburbs with large Asian populations Sunnybank, Sunnybank Hill, Runcorn and Eight Mile Plane were listed as areas to be avoided, in addition to Wuhan, China, where coronavirus is believed to have originated.

State MP Duncan Pegg, who is based in Sunnybank Hills, debased the false health notice on Monday.

‘This media release is 100% FAKE!!! FAKE!!! FAKE!!! I don’t normally like to give any credence to ppl who seek to malign our community but wanted to make things clear this time,’ Mr Pegg wrote on Twitter.

On Wednesday, NSW Health stamped out a laughable fake notice from the ‘Department of Diseasology Paramatta’ that incorrectly termed coronavirus as ‘Corna’s Disease’.

Asian foods and the Sydney suburbs with large Asian populations such as Cabramatta, Burwood, Strathfield were targeted in hoax notice.

In a statement, NSW Health said: ‘This post has not originated from NSW Health or any related entity. Further, there is no such entity as the “Department of Diseasology Parramatta”.

‘NSW Health would like to assure the community that the locations mentioned in this post pose no risk to visitors, and there have been no ‘positive readings’ at train stations.’ 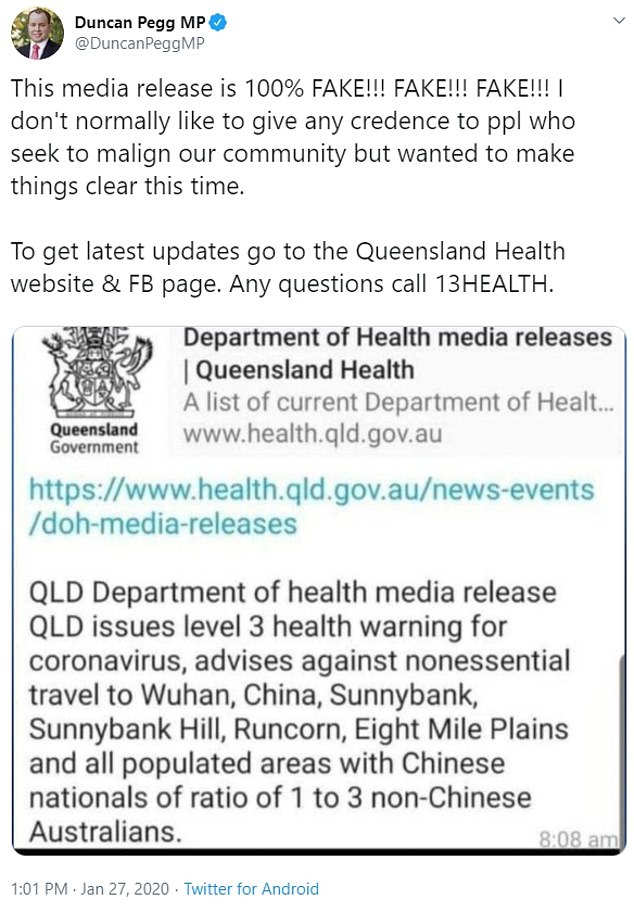 Earlier this week, a hoax health notice (pictured) that claimed to be from the Queensland Department of Health circulated, urging people to ‘avoid all populated areas with Chinese nationals of ratio of 1 to 3 non-Chinese’

Other members of the Chinese community have reported increased racial discrimination, both online and in person, since the coronavirus outbreak in Wuhan, China earlier this month.

The University of Queensland Chinese Association of Postgraduates and Scholars said the Chinese community is doing their best to combat the disease on Thursday.

‘We are not the virus. We will protect ourselves from the virus and also protect others,’ a UQCAPS spokesman told the Gold Coast Bulletin.

Queensland Chinese Forum Honorary President Dr Kee Cheung OAM told the publication that: ‘There are a lot of malicious messages circulating among the community.’

Dr Kee said people were being told not to travel to Chinese areas and some Chinese students were being refused entry by their landlords after returning from their home country.

Meanwhile, an anonymous  University of Queensland Chinese student told the Bulletin that people try to keep their distance from her in public.

She also said her friend’s child was being bullied in school while another friend was denied entrance into a restaurant because he was Chinese.