A Chinese man was sentenced to jail on Monday for causing a horror road crash that killed a Victorian father-of-two on his way to a Boxing Day fishing trip.

Yadong Pan, 28, was sentenced on Monday to three years and four months in jail for dangerous driving over the crash that killed 52-year-old George Hullo at Birregurra, southwest of Melbourne in 2017.

Mr Hullo, a local, had been driving down the direct back roads to his favourite fishing spot near Lorne, a coastal town on the winding and picturesque Great Ocean Road in Victoria.

Yadong Pan, 28, was sentenced on Monday to three years and four months in jail for dangerous driving after he drove through a stop sign killing 52-year-old George Hullo at Birregurra in 2017. Pan couldn’t read the signs and said his GPS gave the impression he was on a main road. ‘There is no way I can forgive myself,’ he said in a statement submitted to the court

As he passed through a clearly signposted intersection on Birregurra-Forrest Rd just before 11am, his car was hit by a Toyota Camry travelling at nearly 100km/h.

Mr Hullo’s blue Ford Laser was crushed and he was killed on impact.

Behind the wheel of the Camry was Chinese national Yadong Pan who had just driven straight through a stop sign which he did not understand. 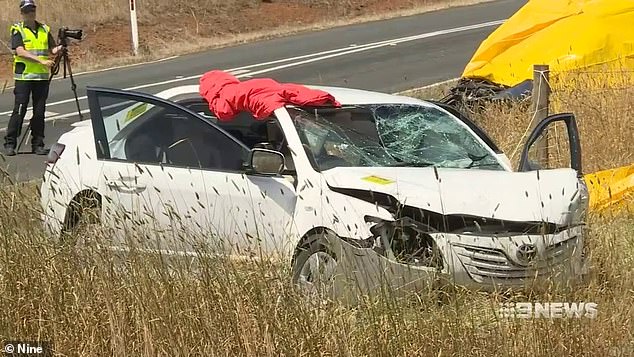 Yadong Pan’s Camry was slightly damaged, severely injuring his passenger 39-year-old Xiao Yan Yu who had to be cut from the wreckage. Mr Hullo’s Ford Laser (beneath the yellow tarpaulin) was crushed and Mr Hullo was killed on impact

Pan, who had been in Australia for seven months on a 457 work visa working at the lamb abattoir in Colac, could not read the road signs, which were written in English.

He had set his cruise control to 98km/h and was following his GPS along the road from his home in Colac to Lorne, heading for the beach with friends.

Pan had an international driver’s license which he obtained in Hong Kong.

During the case, before the County Court of Victoria, Pan said he did not know that the rumble strips on Colac-Lorne Road approaching the intersection were a warning for drivers to slow down. 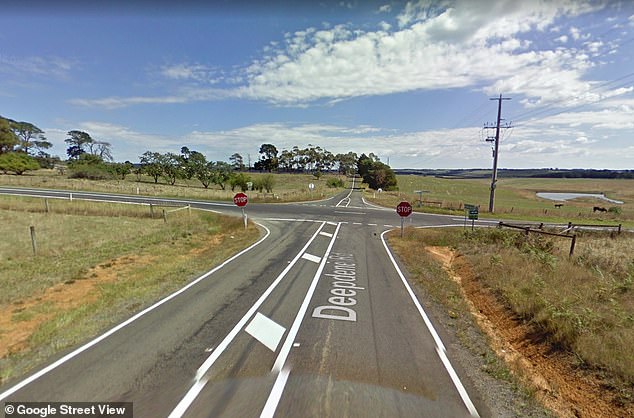 In China, those rumble strips signal an upcoming slope in the road, he said through an interpreter, The Age reported.

‘I looked at my GPS and it didn’t show anything. The GPS gave me the impression I was on the main road,’ he told the court.

Pan’s passenger, 39-year-old Xiao Yan Yu, was severely injured and had to be cut free from the Toyota and flown to hospital. 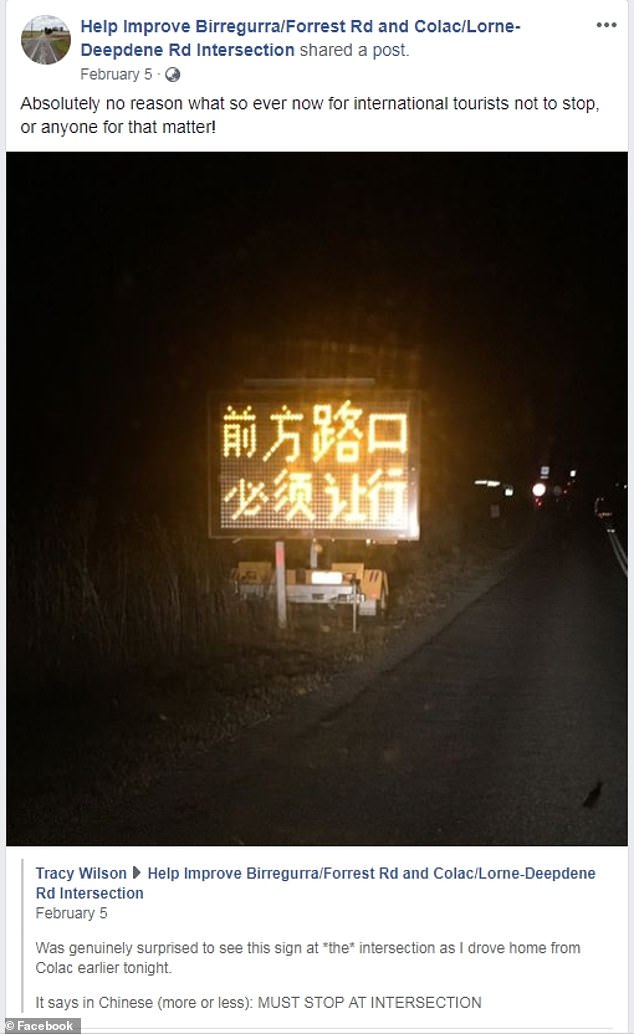 She suffered multiple fractures to her spine, critical internal injuries, and is reported to still be unable to work 15 months after the crash.

Pan apologised to his victims’ families in a statement to the court, saying he can still recall the shrieks of his injured passenger.

‘There is no way I can forgive myself. We can never go back to the life like before.’ 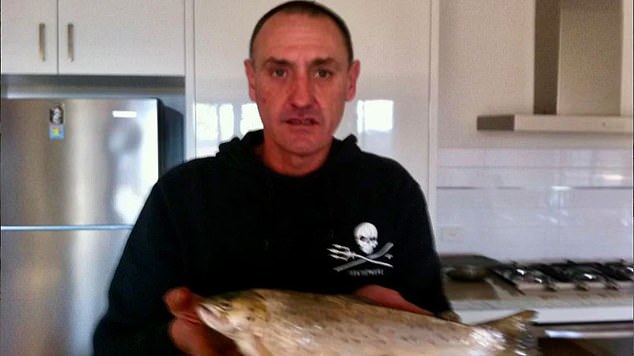 George Hullo’s brother Steve has called on the Government to introduce testing so that international drivers are prevented from driving if they are unable to read road signs. ‘Our dreams of growing old together as brothers are all gone,’ he told the court

He is likely to be deported upon his release.

In sentencing remarks, Judge Gerard Mullaly said the tragedy was ‘completely avoidable’ and warranted time in jail, but he also raised concerns over Pan’s eligibility to drive.

‘They’re able to drive with no capacity to read rumble strips and signs with their Google maps in Chinese,’ Judge Mullaly said.

A mother and her 12-year-old daughter from the Melbourne suburb of Glen Huntly, had to be flown to Melbourne for treatment after the Christmas Eve crash.

The day after Mr Hullo was killed, five people were taken to hospital after two Holdens collided at the traffic black spot.

The intersection is clearly marked with stop signs but local residents campaigned for Chinese street signs in lights to be put on the verge to stop the carnage as many crashes involve international tourists.

The Victorian government has since begun roadworks on a roundabout at the notorious intersection of Birregurra-Forrest Road and Colac-Lorne/Deepdene Road. 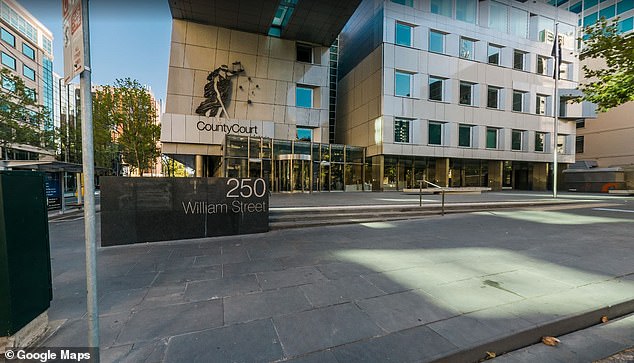 Victoria’s County Court where Yadong Pan was sentenced on Monday

The roundabout will reduce the speed of vehicles on approach, and reduce the risk of cross-traffic crashes.

‘We do not want to see another Christmas period marred by tragedy on our roads – which is why we’re getting started now on this vital safety upgrade,’ said Victoria’s Minister for Roads and Road Safety Jaala Pulford in a media release in December.

Daily Mail Australia understands that no changes have yet been made to licensing rules which allow foreign nationals on temporary visas to drive on Australian roads using the international driver’s license, although the process is under review.

Those on permanent visas must pass a driving test within six months to stay on the road.

George Hullo’s brother Steve has called on the Government to hold people to account and not allow them to drive if they are unable to read road signs.

He had been celebrating Christmas with his partner’s family when he received the terrible Boxing Day death call.

‘Our dreams of growing old together as brothers are all gone,’ Steve Hullo told the court.

‘I can’t ever call him again and we can’t laugh together. I’d even welcome an argument with him now. We miss him every day.’ 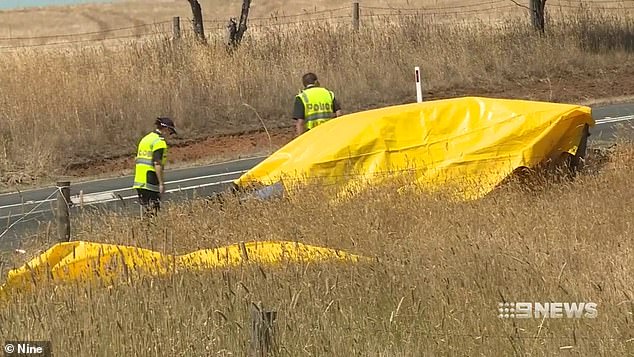