Harrowing video footage shows the moment a massive whale shark is transported to a hotel restaurant in southeastern China.

The marine giant was then butchered into pieces in a parking lot.

The sickening scene has sparked outcry on Chinese social media as web users and animal activists condemned the killing of the protected species. 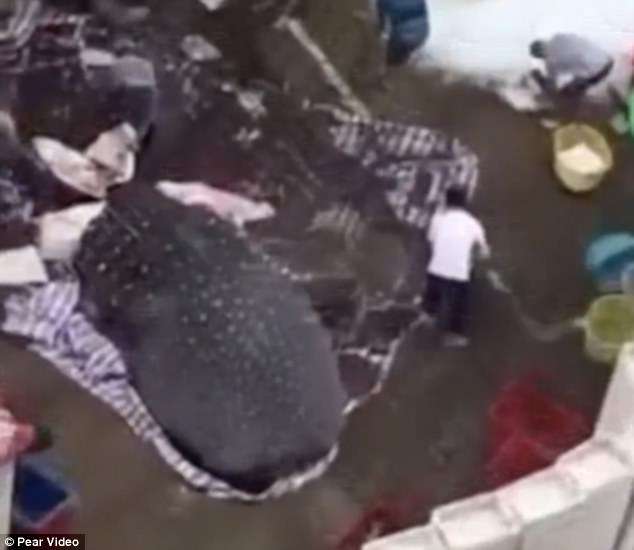 Onlookers were stunned as the majestic animal was driven past.

The shark was then chopped into pieces by men using giant crosscut saws in a parking lot belonging to Hongfa Hotel, according to eyewitnesses.

The clip and pictures were then widely shared on Weibo, a Twitter-like social media site, with over 30,000 times of shares online.

Ben, one Weibo user, told MailOnline that he received messages from local onlookers saying a whale shark was carried up at Old Town Pier on September 5 morning. 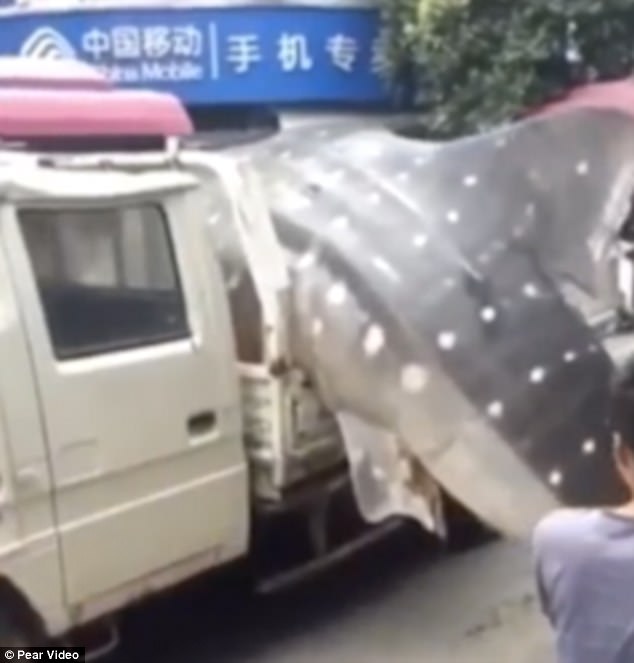 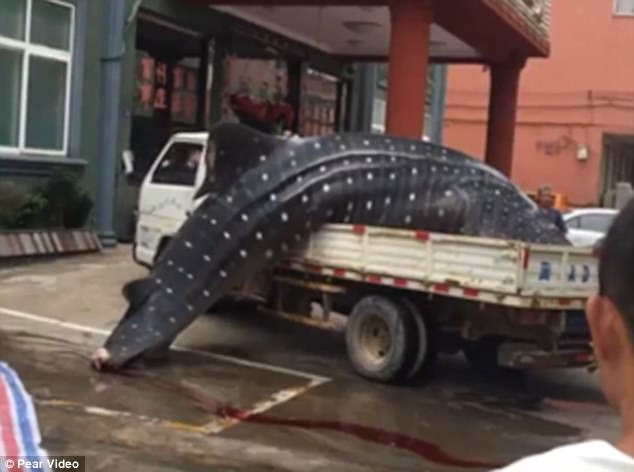 The shark was delivered to Hongfa Hotel this morning, pictured, according to witness 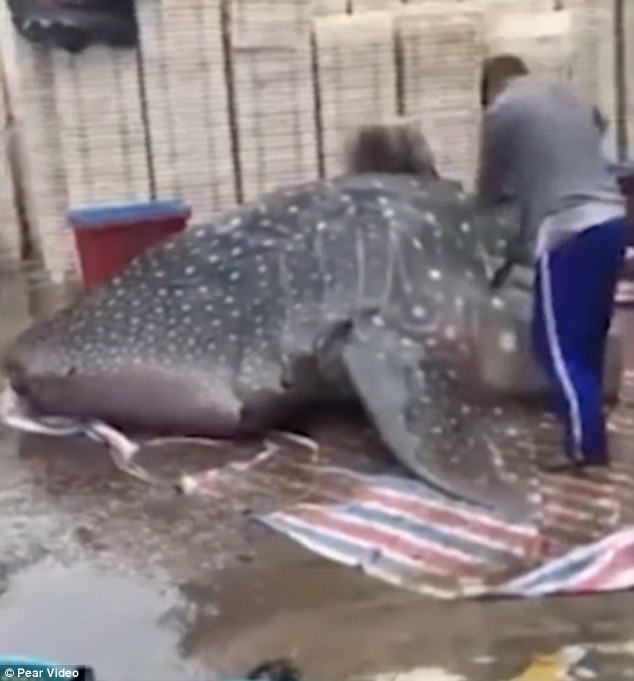 One anonymous web user said the whale shark was alive and later bleeding to death.

It’s believed that the whale shark was butchered up before selling to Hongfa Hotel.

Fujian Provincial Department of Ocean and Fisheries received inquiries and issued a statement on their official Weibo account.

‘We have confirmed that the whale shark incident happened in Sanshazhen upon receiving images of a mini truck transporting the marine animal on shore. Our division in Ningde city and Xiapu county are looking into the matter,’ stated the officials.

They had also passed on the information to local police officers for further investigations.

As the biggest fish in the world, the whale shark can grow to more than 40 feet and weigh over 10 tonnes in the open sea, according to WWF.

The marine giant are of high value in international market due to a high demand for their meat, oil and fins.

The species is now listed as vulnerable by WWF and the red list on International Union for Conservation of Nature (IUCN).

Although whale shark is not listed as China’s endangered and protected species, it is being treated as the same protection as according to the Washington Convention, a multilateral treaty to protect endangered plants and animals.

THE LARGEST FISH ON THE PLANET – UNDER THREAT FROM HUMANS

Whale sharks are the largest living fish on the planet and because they have long lives (estimates say they live over 70), mature late not producing offspring until over 30, and give birth to relatively few offspring during their lifetime, they are especially threatened by human exploitation.

Threats to the whale shark include habitat loss which results in loss of prey species, coastal development resulting in marine pollution, collision with boats, and disturbance or harassment by boats and divers engaged in irresponsible tourism activities. 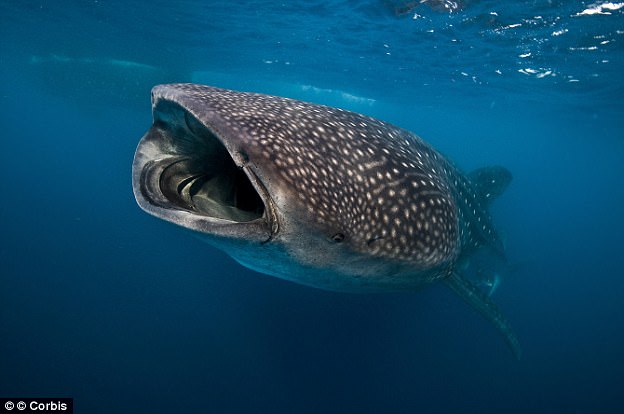