It seems even farm animals in China can’t avoid being tracked by the latest technology.

Vert City Farm, based in Shanghai, is now trialing facial recognition technology to stop incest among its flock, which could be set for a full rollout in 2022.

The artificial intelligence (AI) technology uses a camera to track goats that are housed together that may be related to one another, based on colour-coding.

If two related goats start trying to mate, the technology will send staff members at the farm updates on their phone so they can put a stop to it.

The system will ‘improve work efficiency and quality of livestock’ by eliminating incest-related birth defects.

The system tracks each goat’s ‘area’ and weight. Facial recognition can also avoid inbreeding among the goats, based on colour-coding 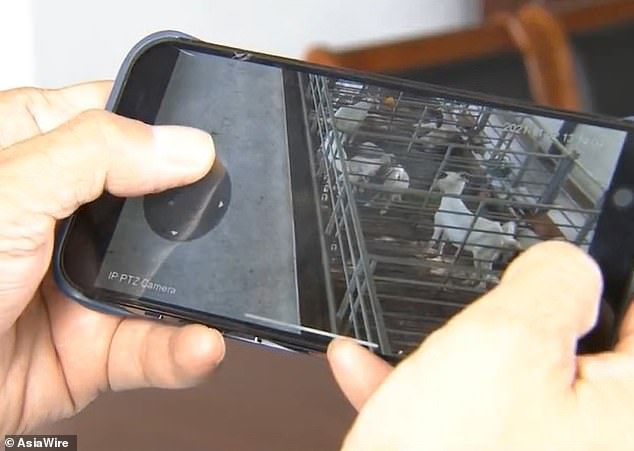 Vert City Farm is fitted with cameras over goat pens. These provide a stream to staff computers.

The camera feed is integrated into artificial intelligence tech that estimates its weight and other factors.

Colour coding identifies goats that are related and sends alerts to staff phones if related goats try to mate.

It can also recognise other characteristics in each of the goats, including behaviour, body shape and exercise patterns, as well as early signs of disease, including sore mouth and diarrhoea.

It uses infrared to measure each goat’s body temperature and can alert staff if this rises above 104°F (40°C).

Thanks to the technology, the farm only needs to hire seven people to manage 10,000 goats, Global Times reported.

These staff members receive updates on their phone, which means they can do other jobs at the farm while the technology keeps tabs on the goat flock.

‘Workers don’t have to monitor the goats’ condition on the spot,’ said Huang Zhen, chairman of Wanhe Technology Development Group, which has developed the system.

‘For example, we currently have 11 people to manage 3,000 goats. The system can show the information of every goat on the computer screen, including its gender, age, weight, as well as state of health, vaccination and pregnancy.’ 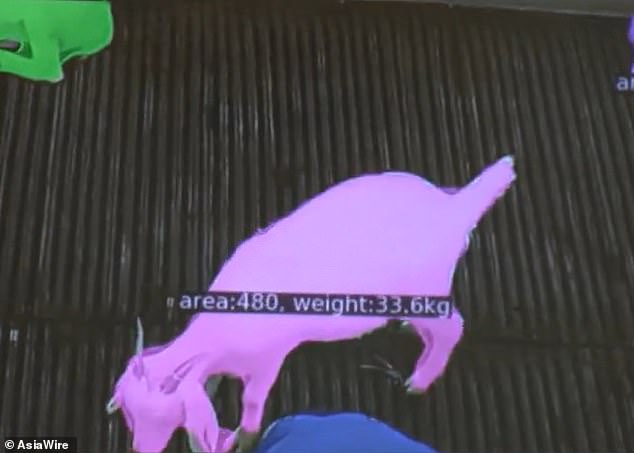 The system tracks each goat’s ‘area’ and weight. Facial recognition can also avoid inbreeding among the goats, based on colour-coding 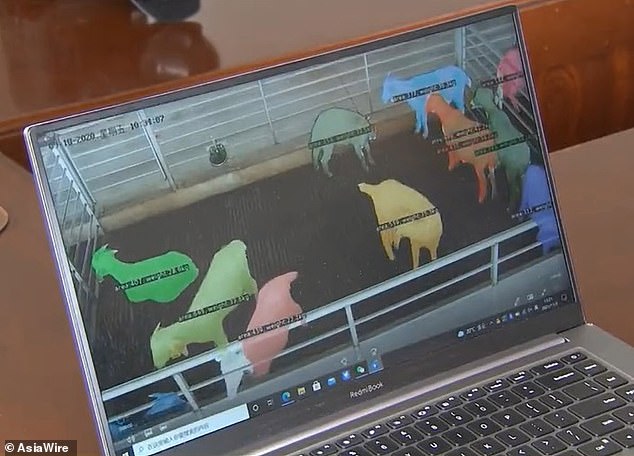 MailOnline has contacted the government for more information about the system, including what data needs to be fed into the system for it to accurately identify two related goats, and why the farm doesn’t just keep related goats in separate pens.

Another Chinese farm has already been using facial recognition technology on pigs to help boost the animals’ productivity during a pork shortage.

The artificial intelligence system helps farmers keep a ‘file’ on each hog’s life cycle, documenting each stage from its birth to death. 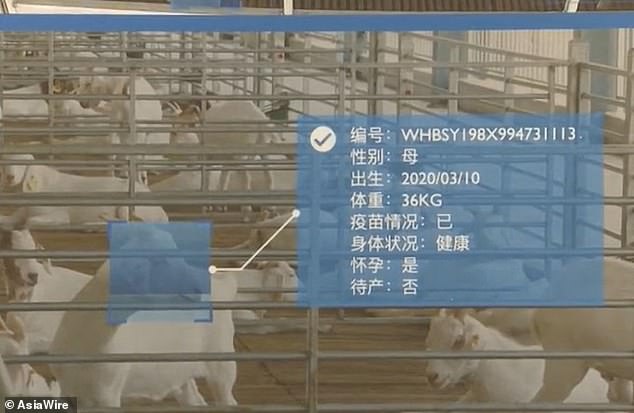 The system will improve the breeding quality and health condition of the goats, according to Wanhe Technology Development Group, which has developed the system

The technology is fundamentally similar to those used on humans, by keeping a continuous stream of video frames of each pig’s distinguishing features such as its snout, ears, eyes and markings on its head.

The video frames images are analysed using deep learning algorithms and uploaded to an online database.

Within seconds, the system matches and updates the individual ‘pig profile’, which documents details such as an ID number, its breed, birth date, weight, gender, genetic compositions and other daily activities critical for the business.