A Chinese passenger plane was struck by a bird and left with a gaping hole in the nose cone during a three-hour flight.

The Air China aircraft was smashed with a one-metre-wide (3.28 ft) hole at the front before it landed in Hong Kong International Airport.

It was believed that a bird struck at the tip of the plane in mid-air as blood stains clearly marked on the damaged parts. 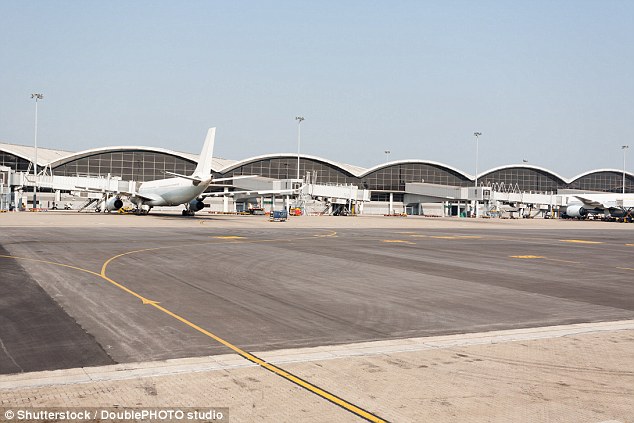 In a report by Oriental Daily, flight no. CA 103 of Air China was scheduled to take off from Tianjin Binhai International Airport of north-east China at 10:21am on March 22.

Flight CA 103 operates on a Boeing 738 aircraft that usually carries around 189 passengers.

A flight captain inspected the nose cone after it landed at its destination about 80 minutes late, at 1:13pm.

Air China, one of the major airlines in China, has confirmed the incident with MailOnline.

‘We have arranged the passengers to leave the plane safety once it arrived at Hong Kong International Airport,’ said one spokesperson.

Hong Kong’s Airport Authority said the incident did not happen in Hong Kong and they did not receive assistance request from flight CA 103. 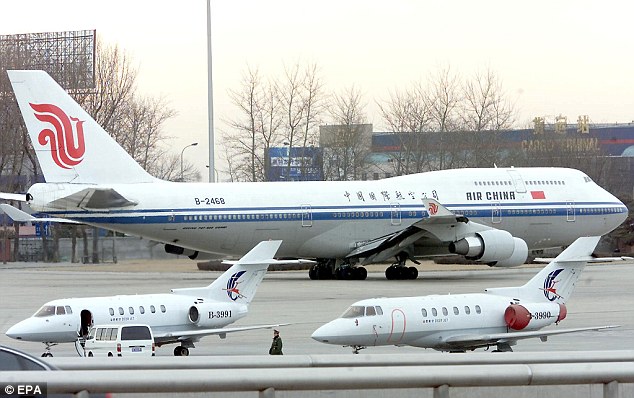 Passengers on the Boeing 738 flight were not injured, according to Air China’s statement (file photo)

They have regular grass height inspection on the taxiway and tarmac as wildlife hazard prevention.

According to a statement issued by Air China, all machine parts worked fine during the journey and no passengers were injured.

An expert told local newspaper, Apple Daily, that a weather radar was installed in the nose cone of a passenger flight. The cones are often made from specific materials such as fibreglass to protect sensitive instruments while allowing electronic signals to pass through.

MailOnline has contacted Hong Kong Aviation Authority for comment and is awaiting for reply.

HOW DANGEROUS IS A BIRD STRIKE?

‘This is especially true when engines are involved, as we saw in 2009 when US Airways flight 1549 glided into the Hudson River after colliding with a flock of Canada geese.’

In this incident Captain Sullenberger courageously landed an A320 in the Hudson River after the plane lost thrust in both engines following the bird strike, which occurred moments after take-off.

‘Modern turbofans are resilient, but they don’t take kindly to the ingestion of foreign objects, particularly those slamming into their rotating blades at high speeds,’ said Smith.

‘Birds don’t clog an engine but can bend or fracture the internal blades, causing power loss.’