This is the heart-warming moment a police officer in China saves a kitten from being run over at a crossing.

The footage was recorded at a crossing in Putian, southeast China’s Fujian province, on September 8 and shows the officer rushing over to pick the animal up off the ground, reports the People’s Daily Online.

Many people on Chinese social media have praised the officer for ensuring the animal was safe.

The cat ran in front of the motorcyclists in Putian, southeast China on September 8

In the video, motorbikes can be seen stopped at a crossing. Cars on the opposite side of the road can be seen crossing too.

All of a sudden, a white small kitten can be seen walking in front of the motorbikes.

The traffic police officer, named Tan Yuhe, notices this and runs over, chasing after the kitten to pick it up.

He has to run in front of all of the motorbikes before eventually catching the animal. 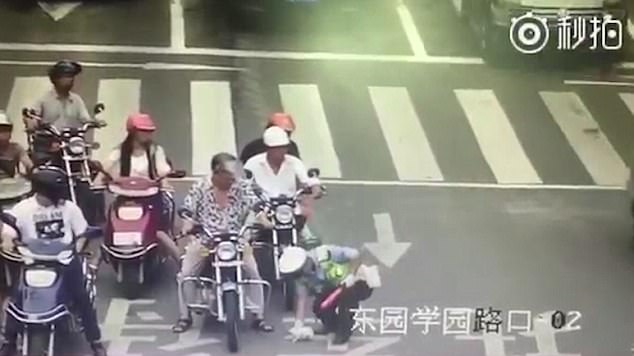 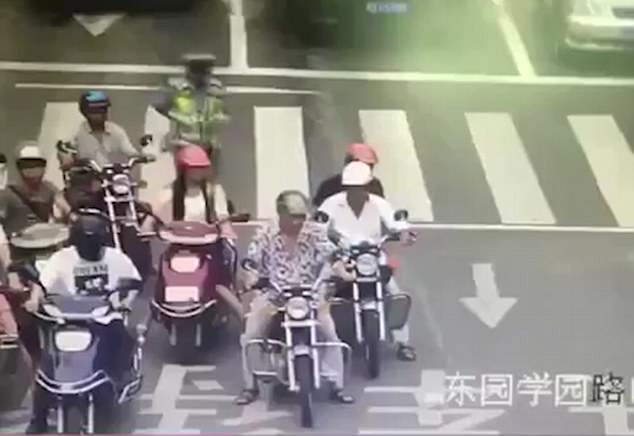 The officer told Pear Video: ‘A driver behind me shouted at me and said he could see a cat. I immediately rushed over. The cat was in the safety stop of the road.’

Mr Tan said the cat looked like a stray cat.

Many people have taken to social media site Weibo to thank the officer for saving the cat.

One user wrote: ‘This traffic officer warms my heart.’

While another commented: ‘People and cats are so cute.’

And another said: ‘Every life is worthy of respect.’