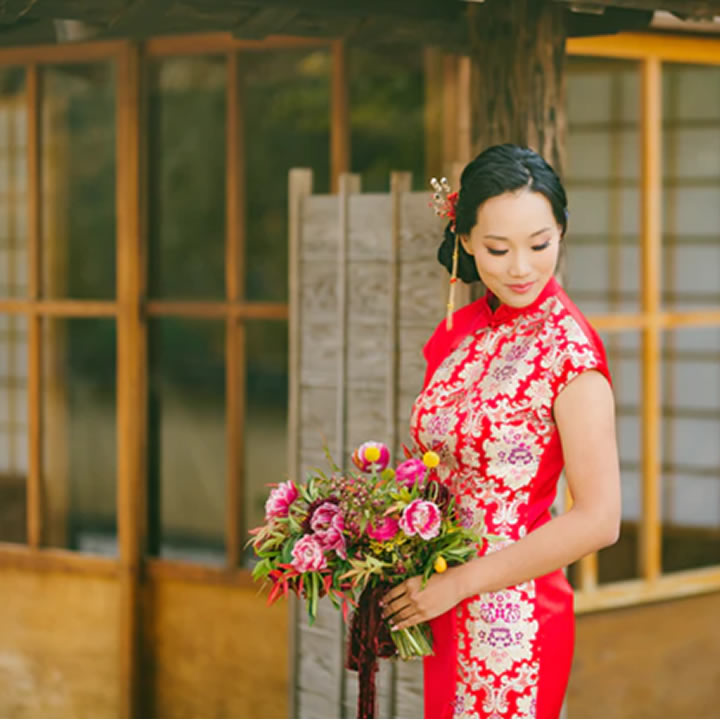 Wedding customs in Malaysia are comprised of three major cultures–Indian, the Bumiputera or Malay, and Chinese. The details of each culture vary based on tradition and a smidgen of modernization translating to the simplification of traditional marriage rituals.

However, a Chinese Wedding is often not considered complete without performing customary rites. For Malaysian brides who would like to follow Chinese traditions, here are some traditional practices that can help you pull off a more blissful, successful, and prosperous wedded life:

This is the very first step to do when planning Chinese matrimony. An auspicious date refers to a favourable day for an unmarried couple to hold the wedding.

According to a document published on SlideShare, an auspicious date should be plucked first by submitting the dates of birth of both bride’s and groom’s to check which date in the Chinese Almanac will suit them best to get married on.

Your Chinese Astrology advises that the year with Leap Month or Double Spring is auspicious for Chinese weddings. If the year has both Leap month and Double Spring, it will even be better.

Additionally, the article also advised not to pick the following dates:

Choosing the right wedding date is believed to bring the couple fortunes, good luck, and even prosperity.

The Betrothal Ceremony or Gu Da Li is the official proposal and the formal meeting between the couple’s parents before the actual wedding date. It is a significant ceremony among Chinese wedding customs as it symbolizes the groom’s sincerity in marrying the bride and that she will be well taken care of as they tie the knot.

It is often held between 2-4 weeks prior to the wedding. During this event, as explained by Her World, the groom and a matchmaker, or an elder female relative considered to be of good fortune will offer the bride’s family a variety of gifts that represent prosperity and fertility.

The groom’s gifts will include–but not limited to–two pairs of Double Happiness candles (e.g., two phoenixes and two dragons), betrothal gift money (also called bride price/ bridewealth), fruits, cakes, and jewellery for the bride. JinPaper Malaysia also offers a variety of Chinese gifts including different types of candles for various occasions. You can check out their website to see more of their products.

The Gu Da Li can also be used as an opportunity for the couple’s families to discuss and decide on the auspicious date and time. Once the date is settled, the official wedding invitations will be sent out to relatives and friends to announce the marriage, on top of Double Happiness Cakes and other foods.

SingaporeBrides defined the Bride Bed or An Chuang ceremony as “the setting up of the matrimonial bed before the two lovers embark on their customary wedding.” It involves decorating the bed with items that are meant to bless the pair with a harmonious and blissful marriage filled with many offspring.

Traditionally, the An Chuang ceremony is conducted at an auspicious date and time. Before the set date, a woman of good fortune from the groom’s family (with a living husband, children, and grandchildren will be the one to prepare the matrimonial bed.

Today, this practice is held anytime between 3 days to a week prior to the wedding. The bridal bed is typically covered with new red linen, lotus seeds, a plate of dried longan, persimmons, red dates, pomegranate leaves, and most importantly, two red packets (ang pau).

A young, healthy boy, who is not born in the year of the Tiger and whose horoscope doesn’t clash with the groom and bride, will also be invited and will be made to jump on the bed as a symbol of fertility for the couple. After that, no one is allowed to sleep or sit on the bed until after the wedding.

Bride and Breakfast explained that the Hair Combing Ceremony or Shang Tou happens the night before the wedding, or early in the morning on the wedding date itself. Held at the respective homes of the bride and groom, the couple are both bathed in water with pomelo leaves to cleanse their body and protect them from evil spirits.

Buro 247 also added that the couple’s parents usually perform the ritual on them, which symbolizes the maturity or the ‘coming of age’ of the couple. In total, the couple’s hair is brushed four times, and with each stroke of the comb, the parents will pronounce a different blessing.

The blessings include harmony in the marriage, fortune, everlasting marriage, good health, and fertility. Once this ritual is complete, the bride and groom will be fed with glutinous rice balls in syrup to invoke sweetness to their relationship.

Held at the bride’s house, the groom, and his groomsmen (known as Heng Tai) will be expected to participate in a game called, “Gatecrash or Collecting the Bride” organized by the bridesmaids (or Ji Mui). According to Recommend.my, the groomsmen must complete the challenges before the groom could officially ask his bride’s hand in marriage, exchange rings, and traditionally lift her red veil for a kiss.

The game is meant to humiliate the boys (typically PG-13)–but in a fun way. Some examples are making the men drink disgusting concoctions, wear diapers, lick whipped cream off each other’s toes, and more.

If you’re asking about the vows, vows in a Chinese wedding are typically the shortest part of the event. It usually occurs at a local government office prior to the celebration where the paperwork is signed in an intimate ceremony.

Depending on the customs or religion observed, the couple stands at the family altar and pays their respects to their ancestors, nature, and their gods during the event. No guests are allowed to watch the actual unionization of the bride and groom–just the celebration of it.

For Chinese people, tea plays a significant part in both engagements and weddings as it signifies a symbol of respect, love, purity, fertility, stability, and gratitude. In this ceremony, the couple, usually dressed in traditional matrimony garments (the kwa for the bride, to be specific), will kneel or bow before their elders and serve them tea, with the help of the bridesmaids.

After the ritual is over, the tea recipients, composing of their uncles, aunties, grandparents, and older married cousins, will also be presented with a red packet or cash gift (ang pao).

The reception is typically a Chinese banquet or a huge feast with all the family and friends of the groom and bride present at a hotel ballroom. During the reception, the couple is expected to make their rounds and greet their guests who will be dining and party to their heart’s content.

Adapted from a traditional western wedding, cutting cakes is also practised now in a Chinese wedding. However, the only catch is that the cake is not even real–at least for some people.

A Grand Toast is also part of the event. But in a Chinese wedding, this is the part of the night where the couple and their parents stand on stage and toast with the guests three times while shouting “Yam Seng”, a Cantonese for ‘cheers’. “Yam” must be dragged out as long as possible, then finished off with a loud, celebratory “Seng!”

So, What Happens After the Wedding?

The day after the banquet, the bride is formally introduced to the relatives and friends of the groom. She is required to kneel in front of each of her now-husband’s older relatives and receive a gift from each of them before she’s given a title that demonstrates the standing of her husband in the family.

Two days later, she is expected to visit the home of her parents as a guest, having been fully accepted into the family of her husband.