Chip and Joanna Gaines helped improve the lives of countless families living with cancer for many years to come.

Adding to their incredible donation, the couple also designed and built a new playhouse at the St. Jude Target House, where the families of kids being treated at the hospital can stay for free.

The generous donations were unveiled during a garden party that included some of the families and kids that will benefit from their hard work and generosity.

‘As we walked in today, a little boy told us that he’s ‘demo day-ing’ his cancer treatment and that’s pretty much the best thing I’ve ever heard,’ Chip said at the event according to People.

‘In our world, demo day marks the end of one chapter and the beginning of a newer, more exciting one. And that’s exactly what we want for you — we’re pulling for each and every one of you.’ 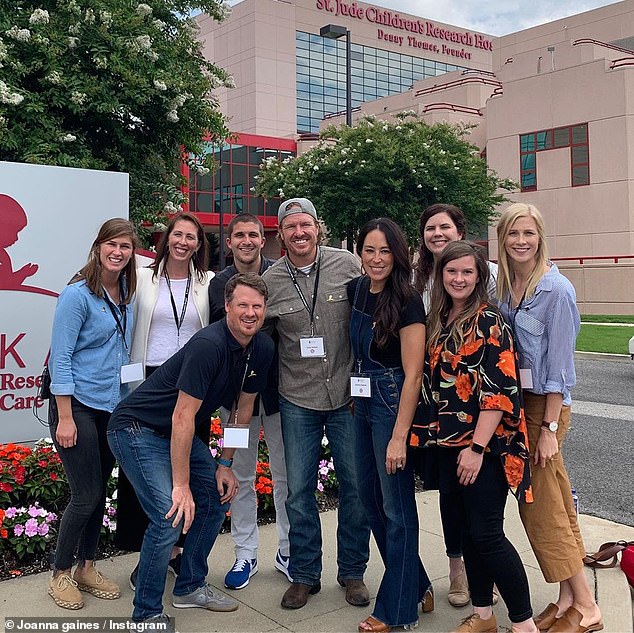 Glowing day: The donation will go towards helping families of children with cancer; the Gaineses gathered with some of the staff at St.Jude during the event 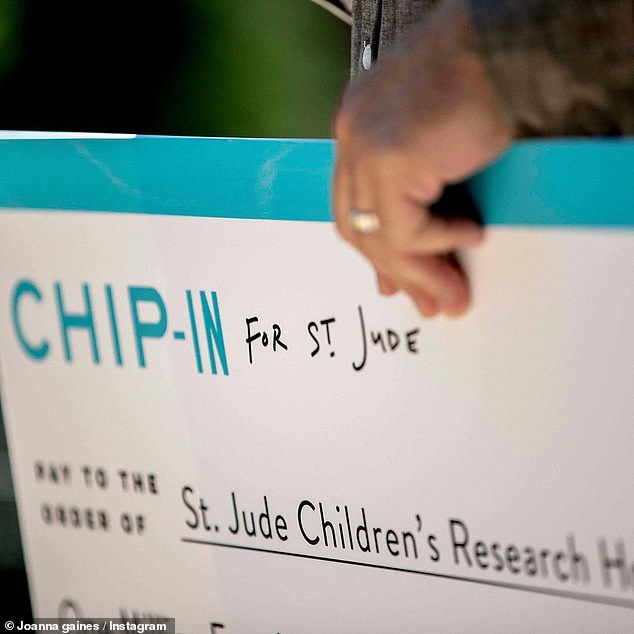 Monumental: The couple presented the $1.5 million check during a garden party

The Gaineses, who originally set a goal to raise $230,000 for the children’s hospital, received donations and set up the social media campaign, #ChipInChallenge. which garnered support from the likes of Jennifer Lopez, Alex Rodriguez, Drew Barrymore and Kacey Musgraves.

Chip’s friend and marathon trainer Gabriele Grunewald upped the ante when he entered end of life care for his cancer and raised the goal to $500,000, while vowing to match all donations to St. Jude and the Brave Like Gabe Foundation.

But with his help, the Gaines’ were able to pass the half million dollar mark three times over and make the $1.5 million donation, which will be used to help ensure families of children with cancer don’t have to pay for treatment, travel, food or housing. 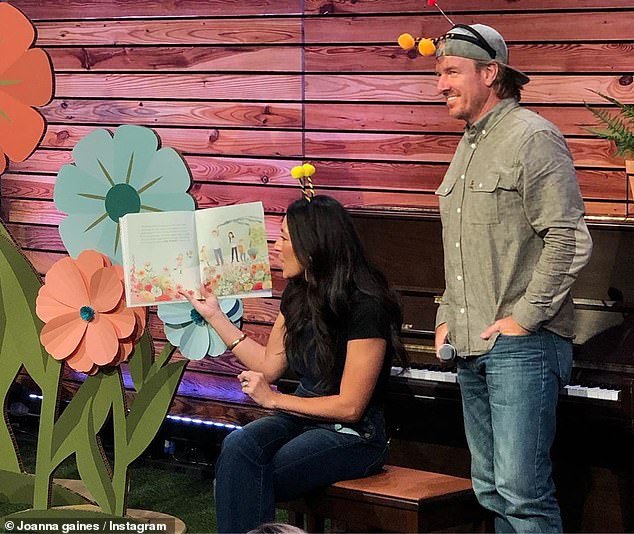 Generous: The couple also designed and built a new playhouse at the St. Jude Target House, where the families of kids being treated at the hospital can stay for free 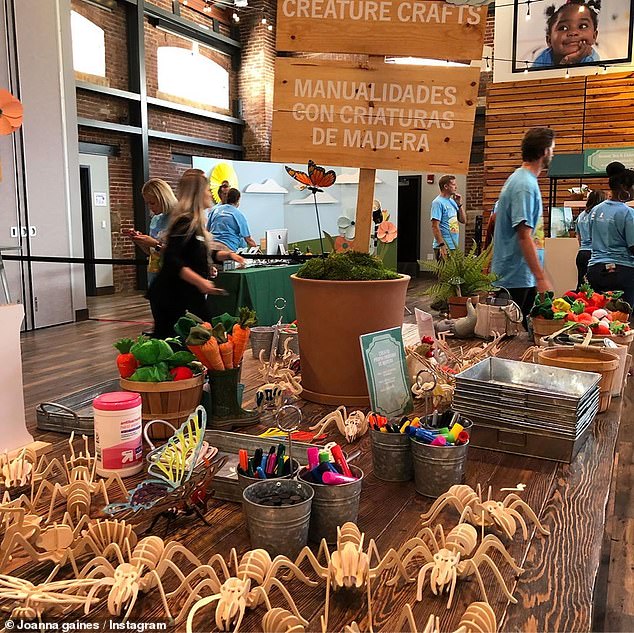 For the kids: The Fixer Upper stars received donations and set up the social media campaign, #ChipInChallenge, to help raise money for the hospital 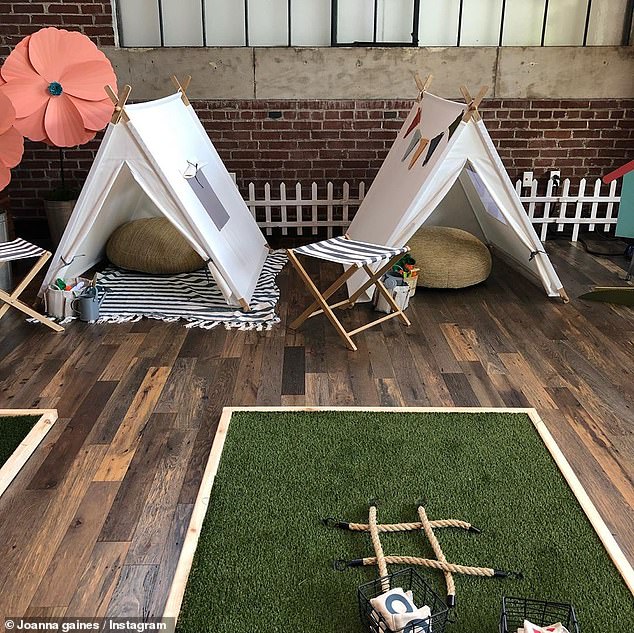 State of the art: The playhouse has a number of perks and play things for the kids

After making the amazing donations and spending time with the courageous child patients, Chip and Joanna Gaines were overcome with joy.

‘Today we’re leaving @StJude feeling changed forever,’ Joanna wrote in the caption of a series of pictures from the event she shared on Instagram.

‘The beautiful kids and families here carry such strength and hope, and we were honored to spend the day with them. Thank you for throwing the best garden party and for all you do for the families who stay at the Target House. And thank you once again to everyone who helped to support the children at St. Jude.’

The couple will be launching their own cable network in 2020. 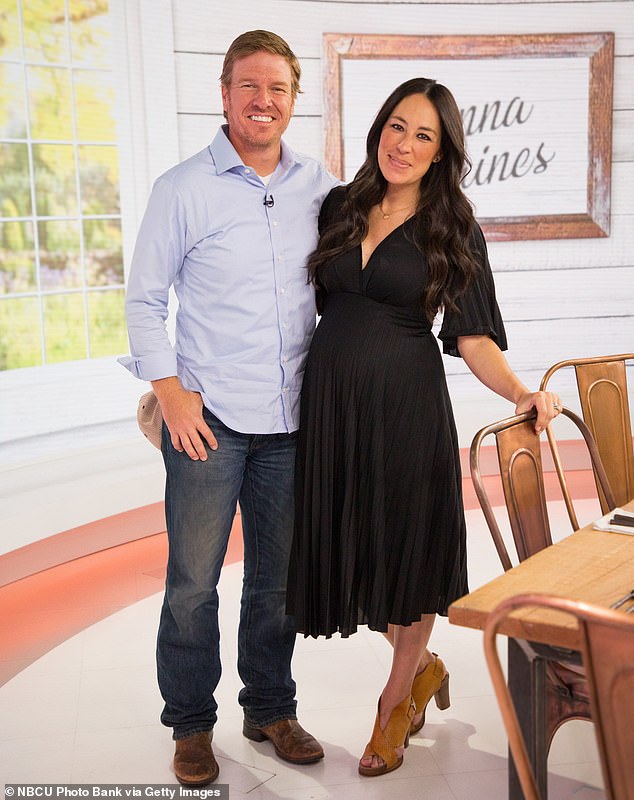 Big plans: The couple will be launching their own cable network in 2020