Some people love a Hobnob dunked in a mug of hot tea, while others prefer the zingy jelly of a Jaffa Cake as an afternoon treat, but which biscuit is truly the nation’s favourite?

A nationwide vote of viewers by Channel 5 has now put years of family arguments to rest, by revealing that our perfect accompaniment to a cuppa is, in fact, the humble chocolate Digestive.

According to the celebrity-packed show Britain’s Favourite Biscuit, we munch on more than 70 million of the treats every year in the UK – an average of 52 biscuits per second.

The Digestive saw off stiff competition from chocolate Hobnobs, which came second, while Jammie Dodgers and Custard Crèmes were third and fourth respectively.

The furious debate on the show also saw the resurgence of another age-old argument – whether the chocolate layer of a Digestive is the top, or the bottom of the biscuit. 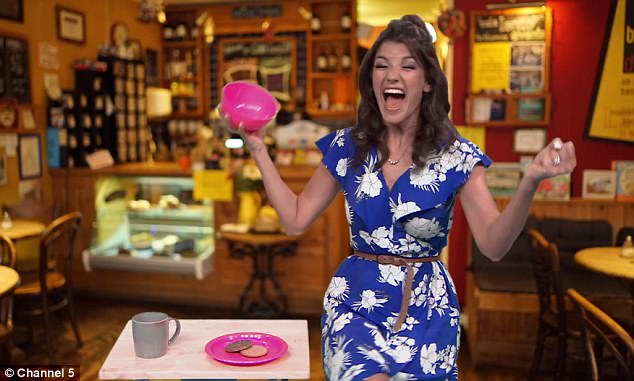 In the programme celebrities like Joe Swash were joined by fellow biscuit fans including Vanessa Feltz, Sally Lindsay and the actress Natalie Anderson to munch their way through the contenders and give their opinion on the snack that should secure the number one spot.

Ex-Emmerdale actress Natalie jumped for joy at the victory of the chocolate Digestive, which was first launched by McVitie’s in 1925, saying on the show: ‘Yes! I am so chuffed about this.’

And former Coronation Street star Sally firmly agreed: ‘If someone said to me “right you’re allowed to save one biscuit for the post-apocalypse”, the chocolate Digestive is the biscuit you would have.’

After the rankings were announced – with major players like the Kit Kat, Rich Tea and Chocolate Finger all missing out on a place in the top ten – another debate raged on between the celebrities.

Biscuit brand McVitie’s cleared up the argument in 2014 – confirming that the chocolate is on the bottom of the Digestive – but not all of the celebrities agreed.

Joe argued that if the chocolate was on the bottom, if you placed it the ‘correct’ way on a table surface it would melt everywhere.

TV presenter Vanessa fumed it was always chocolate on top, saying: ‘Anyone who wants to argue the toss has got me to contend with.’ 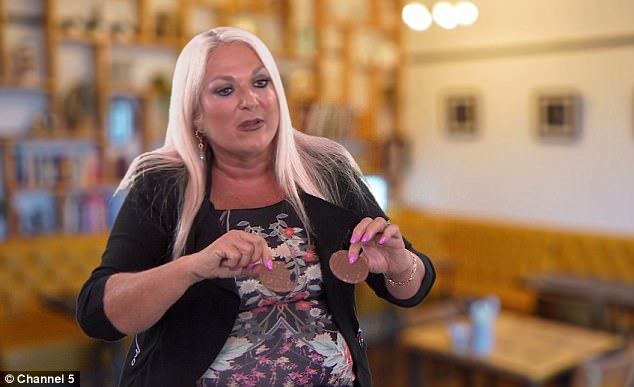 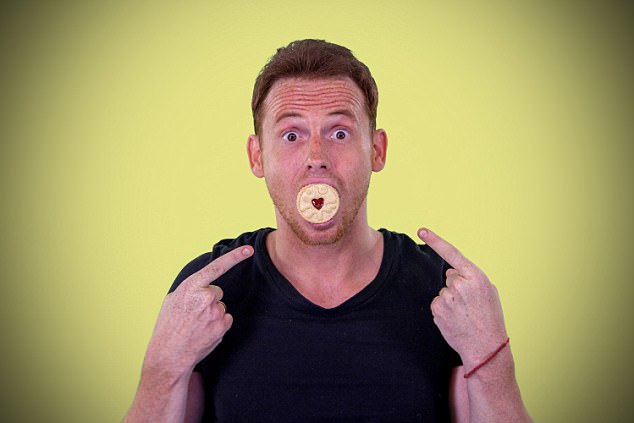 A biscuit factory manager explained in the programme that the biscuits are fed into a machine with the branded side facing up, and the bottom facing down, to go through a ‘chocolate reservoir’.

Elsewhere, the Ginger Nut was named as the favourite for dunking in a hot drink, with Rich Tea and the Digestive as runners up.

Sure it’s the best… but which way up does a Digestive go?

The furious discussions around the merits of the nation’s favourite biscuit triggered the resurgence of another age-old debate on the Channel 5 show, whether the chocolate side of a Digestive biscuit is the top, or the bottom.

Celebrity commentators including Joe Swash and Vanessa Feltz insisted the chocolate is on the top, because – as Joe was quick to point out – if you placed it chocolate side down it could melt all over your table.

But in fact a biscuit factory manager settled the debate once and for all on the show, explaining that Digestives are fed, branded side up, into a machine that slides the bottom half of the biscuits through a ‘chocolate reservoir’ during production.