CHOICE on whether apple cider vinegar is really good for you

Apple cider vinegar has long been touted as the ultimate superfood for boosting health, energy and even helping with weight loss.

And some of the world’s most glamorous stars swear the acidic liquid works wonders, claiming it can do everything from reducing the appetite to boosting the immune system.

But does drinking apple cider vinegar a day really keep the doctor away?

Here, Australian consumer watchdog CHOICE gives its verdict on whether the humble cupboard ingredient is a superfood or just another fad.

Apple cider vinegar has long been touted as the ultimate superfood for boosting health, energy and even helps with weight loss

What are the health claims?

Apple cider vinegar has long been thought to be beneficial.

From drinking it to lose weight to curbing your sugar cravings, the acidic liquid is one of the most versatile, handy and cheap products you’ll find in your kitchen.

The cider has been known to help protect against cancer, heart disease, weight loss, control blood sugar and be a good source of potassium.

Experts have claimed knocking back a shot of vinegar was an easier option to help with shedding kilos than working out or following a strict diet.

‘The bad news is that evidence of apple cider vinegar helping with losing weight is as murky as the liquid in the bottle,’ CHOICE’s expert Kate Browne said.

‘The mass of claims that a shot of ACV will blast belly fat and reduce hunger pangs has actually come from just one or two small scientific studies with less than stellar outcomes.’

A Japanese study found a group of overweight men and women who drank two ACV twice a day only lost one kilo in three months.

Another study from the UK found people who drank the cider reported feeling slightly nauseous so their appetite was dampened. 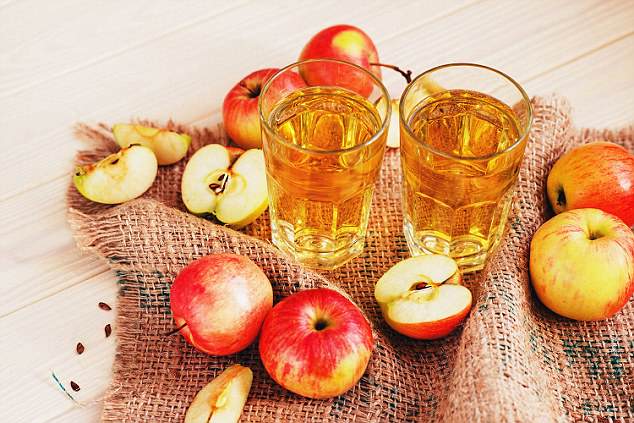 From drinking it to lose weight to curbing your sugar cravings, the acidic liquid is one of the most versatile, handy and cheap products you’ll find in your kitchen 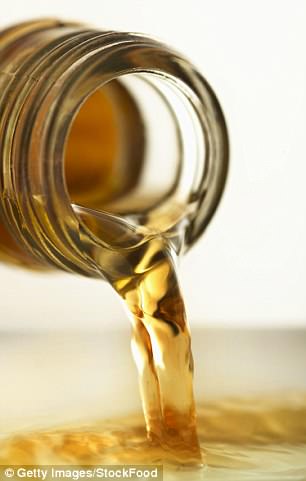 There have been studies that show adding the acidic liquid to your meals helps lower blood sugar and insulin levels.

Nutrition scientist Dr. Tim Crowe said: ‘Helping improve blood sugar is the only claim that is supported by reasonable evidence and it does this because vinegar slows down the digestion of carbohydrates by reducing the activity of carbohydrate digesting enzymes. But so does any old vinegar – there’s nothing special about ACV.’

‘We looked at a couple of popular brands of apple cider vinegar and several didn’t list potassium in the ingredients at all,’ Ms Browne said.

CHOICE found one brand that only contained 11mg of potassium per serve.

She explained the recommended dietary intake of potassium is 2800mg a day for women and 3800mg for men.

You would have to drink litres of apple cider vinegar to get the recommended dose so you’re better off eating a banana or a potato if you want to up your potassium.

There are claims that gargling apple cider vinegar with water every morning is the perfect way to remove stains from teeth and clean your gums naturally.

But Professor David J Manton of the Melbourne Dental School said ACV contains acetic acid and has a pH of around three so it can dissolve the tooth structure when it comes into contact with teeth.

He explained frequent consumption can dissolve tooth enamel completely and expose the second softer layer of tooth which is called the dentine.

‘If the erosion is severe, this can lead to the need for extensive and expensive dental care,’ he said.