Chris Berman relives moment he found out his wife was dead

ESPN broadcaster Chris Berman has relived the worst moment of his life; when he found out his wife had been killed in a car crash.

Berman, 62, was at a Mets-Giants game in New York with his son Doug and his son’s then-fiancee Clare on May 9 when his phone started buzzing, he revealed on the Know Them From Adam podcast.

The legendary sportscaster said he knew straight away it was serious.

‘I was still downstairs in the Giants locker room. No one really could say, but at that point I knew it was something really bad, and it pertained to Kathy. And I had a feeling it was a car accident. I didn’t know how bad, but I knew it was bad.’

ESPN broadcaster Chris Berman has relived the worst moment of his life; when he found out his wife Katherine Berman (pictured with him as he received a Hollywood star in 2010) had been killed in a car crash 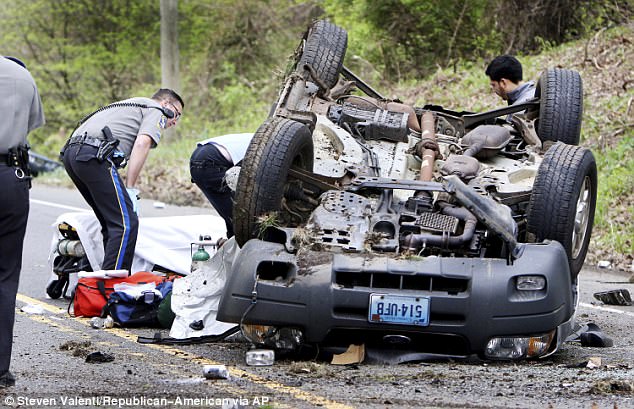 Fatal: Edward Bertulis, 87, who was in a Ford Escape, also died after Katherine rear ended him, which sent his car into a utility pole and caused the vehicle to flip over (above)

Berman said he’d returned to his seats where his son and Clare had hot dogs, beer and birthday cards waiting for him, as it was his birthday the next day.

He couldn’t bring himself to break the news while they watched the game, and Berman says he still remembers every agonizing second sitting and entertaining his son and soon-to-be daughter-in-law.

‘I was in state of shock. I had known what happened by then. She and another gentleman were killed in a two-car accident in Connecticut. She went to lunch with her sister and never made it home, it’s that simple.’

After another inning, they left their seats for a quiet corner of Citi Field where he broke the news.

‘It’s something that I hope that nobody who is a parent ever has to tell their children, let me just put it to you that way,’ Berman said. ‘There’s no book on that.’

The family then waited for Berman’s daughter Meredith, who lives in Brooklyn, to pick them up to take them home to Connecticut.

His wife of 33 years, Katherine Berman, 67,  was killed after the Lexus she was driving rear-ended another vehicle and veered of the road and over an embankment before landing upside down in a small body of water.

Edward Bertulis, 87, who was driving the vehicle that Katherine struck, was also killed when his car ran into a utility pole after the collision and rolled over onto its roof. He had just been to visit his wife’s grave at a local cemetery. 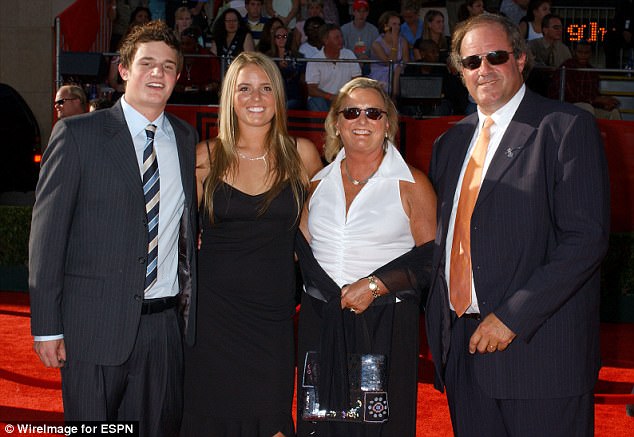 Berman was at a Mets game with his son when he got the news, and had to pretend everything was OK until he could get somewhere private to tell him what happened (Berman with wife Katherine and their two children Doug and Meredith in 2006) 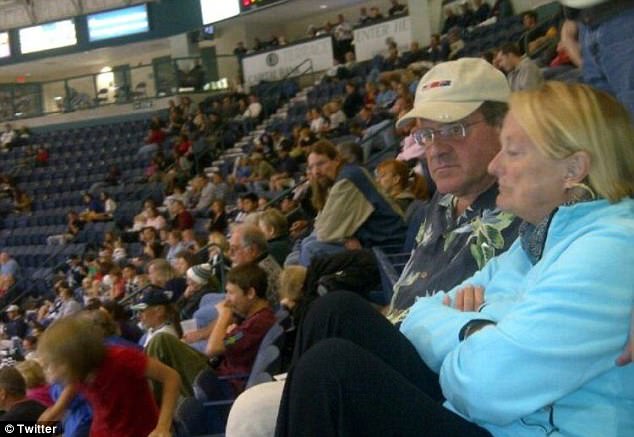 A photo of the crash obtained by NBC Connecticut showed the Lexus Katherine was driving flipped over and partially submerged in water at the scene.

‘We are overwhelmed by the outpouring of love and sympathy from so many folks we know, and so many others we look forward to knowing,’ said Chris, Doug and Meredith, in a statement soon after her death. ‘Kathy Berman had a huge heart, and this would have warmed hers beyond belief. It certainly warmed ours.’

Katherine Alexinski was a school teacher when she married Chris back in 1983, but retired in 1985 just before giving birth to the couple’s two children and making a home foe the family in the town of Cheshire near ESPN headquarters in Bristol.

In a 1993 interview with the Los Angeles Times , Chris revealed that he faked car trouble in order to have an excuse to speak with his future wife.

He first asked her for help and then asked her out to breakfast, which she accepted.

Berman said he and his family always felt pretty lucky, until tragedy struck that day in May.

‘I always wondered why the grenades never landed right near us, you know?’ Berman said. ‘They’re landing [around] people you know left and right for no reason. In this case, we got hit pretty hard.’

Their son Doug works as the New York Market Manager for the alcohol-delivery service Drizly while Meredith is the Director of Regional Engagement Programs at Brown University in Rhode Island. 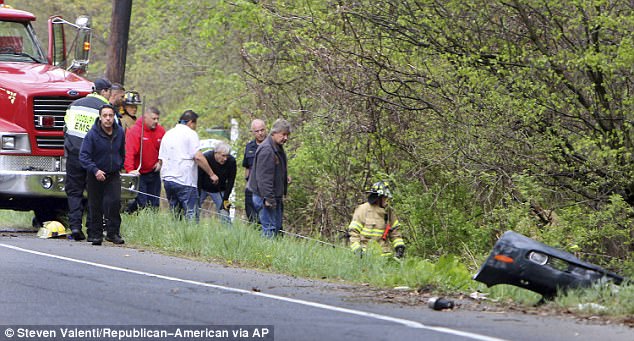 On the case: Troopers are looking into the possibility that Bertulis suffered a medical emergency in the moments before Katherine hit his vehicle with the Lexus (recovery crew above) 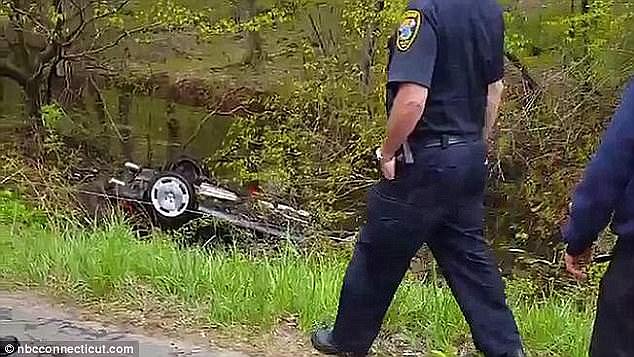 The Ivy League institution is where Chris and both his children attended college.

He was just 24 and a little over a year out of college when he was then scooped up by ESPN.

Chris said that the job was the first of his two marriages, and that there was nothing else in the world he would rather be doing. 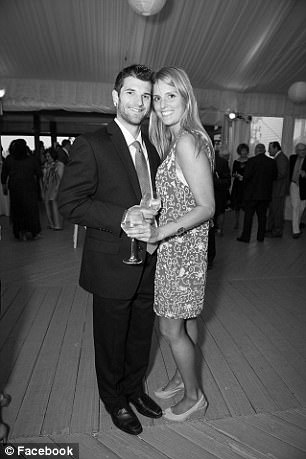 ‘You might go, “Ha-ha, that’s a great answer.” But seriously, what would I do if I weren’t a sportscaster? Thank God I don’t have to find out. Not yet, anyway.’

It was announced back in January that Chris would be taking a step back from his on-air hosting duties at ESPN after 38 years with the network and taking on a new role.

He joined the network just one month after they launched in 1979, and spend close to four decades sharing his sports expertise while appearing on air during baseball and football games.

Chris became a household name a few years after joining the network thanks to his jobs hosting ‘Sports Center’ and ‘Sunday NFL Countdown’ as well as the annual NFL draft.

In his new role, he can be seen offering opinions and perspective on NFL events, and appearing weekly on ‘Monday Night Countdown.’

He will also handle play-by-play duties for ESPN Radio during the baseball divisional playoffs later this year, and participate in the annual ESPY Awards.