Where do you stand on broadening the mind? It’s more the rage now than it’s ever been, apparently. People – not all people of course, but the kind of people you might like to mix with, the kind who never take life for granted, who wake up every morning and approach every day as if it’s their first or last and who usually end up leaving our world a little richer than they found it – increasingly want experiences as opposed to material possessions.

Their most important commodity? Time. I know this because I’ve been privy to several meetings where various groups of very clever people are making it their business to facilitate this ‘can do’ cognoscenti to experience more as opposed to own more.

This is the sexy new (almost guilt-free) Golf GTE, half-man half-biscuit, six of one and half-a-dozen of another, the old half-and-half sliced loaf 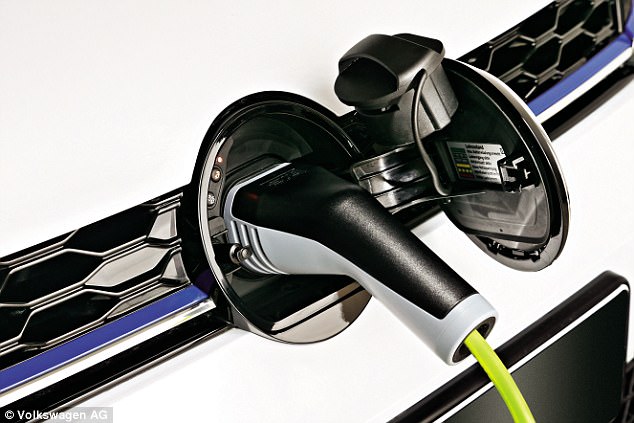 And how come these part-time futurists and full-time guru friends of mine are so certain they are right? Because they are tuned in to something called ‘the world hum’.

The world hum, I love that. It’s a phenomenon that Martin Amis refers to in his stunning new book, The Rub Of Time. What a read. Or, if you fancy, quite a listen. Treat yourself one night soon by curling up to the mellifluous and mischievous tones of the adorable Bill Nighy reading abridged excerpts from Amis on the BBC iPlayer Radio app. It may be the best thing I’ve ever heard.

Being tuned in to the world  hum, Amis suggests, is perhaps how some authors appear to be particularly prescient from time to time. Not that he thinks for one second this is actually the case, though he happily goes on to speak fondly of his old friend J G Ballard striking lucky a couple of times.

The SF genius (all purists call ‘science fiction SF and have nothing but contempt for sci-fi’, apparently) predicted not only climate change in his 1964 novel The Drought but also spookily ‘tapped’ Ronald Reagan for the White House a decade before it came to pass.

Another iPlayer golden nugget I chanced upon this week was something called The British Germans. Equally fascinating, it tells the story of British World War II soldiers who fell in love with Germany, or more accurately German fräuleins, and never came home again. 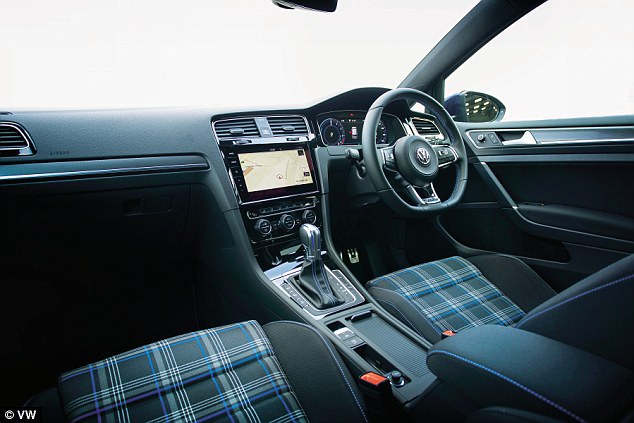 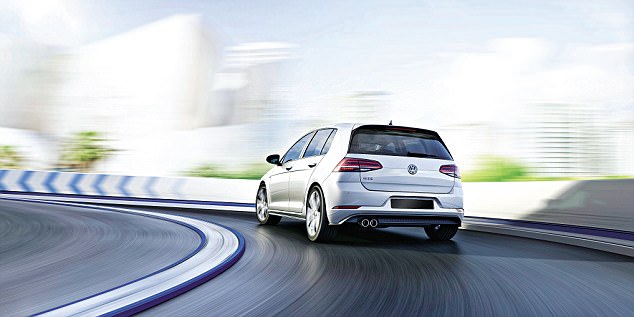 For my wife’s requirements – the school run, gym, local shops and the odd trip into town – the GTE is nighon perfect. She absolutely loved it, by the way

It goes on to explain how the children of British-German relationships are becoming more and more influential in modern society, including a genuine candidate for future German Chancellor by the name of David McAllister.

So let us now investigate how tuned in to the world of hum Volkswagen is at the moment.  Especially seeing as it has a brand new hum all of its own. This is actually the second new Golf I’ve been sent in the past three months.

For which there had better be at least a half-decent reason. Thankfully, there is. In fact, there are two half-decent reasons that make one big juicy whole. For this is the sexy new (almost guilt-free) Golf GTE, half-man half-biscuit, six of one and half-a-dozen of another, the old half-and-half sliced loaf.

VW’s polar-bear-friendly sphinx with the USP of combining the excitement and looks of a GTi (all the way down to the  signature tartan interior) with the social conscience of Sir David Attenborough & Co.

Providing you plug it in for however long is required (different chargers and points vary when it comes to top-up times) and drive fewer than 31 miles before the next charge – at no more than 81mph, which is of course against the law anyway – you need never visit the petrol pump again.

This scenario is entirely possible, evinced by my pal Tim’s mum and dad. For most of us, however, it will be all about the magic petrol/electric combo conjured up via the five engine mode settings: GTE, Hybrid, E, Battery Hold and Battery Charge. A quick guide: GTE = oomph (the most available immediate  power via both sources).

Hybrid = most efficient range (500 miles plus via intelligently alternating between both power sources). E = electric only, for max polarbear-friendly points. Battery Hold = petrol only, if you want to save all remaining electric power for later. Battery Charge = charging the batteries on the go via braking, accelerating etc.

It’s by far the least confusing E-management format I have thus far encountered, as well as being the most entertaining to watch. There are endless fancy graphics and animated diagrams that continuously communicate which bit of technology is whirring how much power to where.

All this info simultaneously patting you  on the back for voting green with your most recent car purchase. Another feature that’s rather nifty is the journey diary, via which your GTE will warm the interior ready for its principal’s arrival, ie you! It is, however, a bit too much of a leap of faith to accept that the GTE is in the same thrills category as the GTi. It just isn’t.

A hike in mass, largely down to the extra motor plus a huge slab of lithium lurking beneath the floor, that also undermines the GTE’s handling compared to the GTi.

That said, whether cruising in the fast lane or snaking through the countryside, the GTE still sits on its boots quite beautifully compared to a lot of other hyper/hot/warm hatches I could mention. Whether or not to buy one is really down to what mileage you cover and your driving style.

For my daily commute into London, the GTE was almost entirely pointless. From the moment I left the drive, early in the morning, foot down on wide open roads, the electric motor didn’t really get a look in, so for a car capable of over 150mpg, I was seeing just 32mpg. A universe of difference, I think you’ll agree.

Of  course, I could have subsequently made use of the electric range I hadn’t yet employed by pootling around the capital for an hour or two. But to be quite honest, I just want to get in and out of there as quickly as possible. For my wife’s requirements, on the other hand – the school run, gym, local shops and the odd trip into town – the GTE is nighon perfect. She absolutely loved it, by the way.

There are two major financial carrots currently being dangled in front of anyone remotely interested in a bit of groovy VW GTE hybrid action. Her Majesty’s Government is offering grants of £2,500 on cars such as this, plus VW will give you £5,000 back on top if you are chopping in an old diesel as part of the deal.

Both of which see the price of this beauty plummet closer to £20k than the £30k advertised – a bargain in anyone’s book.

In conclusion, the overwhelming emotions the GTE left me with were twofold. It reignited my urge to own a new 2.0-litre petrol 2017 GTi, which I thought I’d overcome. But even more worryingly, it caused me to experience the first pangs of the enjoyment of electric tranquillity over the noisy calamity of internal combustion. I’ll get my coat.