Chris Evans says the Ford Fiesta is prettier than ever

Mrs Evans made two modest purchases this week, both of which precipitated yet more joy from this wondrous gift we call life.

The first was a new topper for our mattress. I cannot tell you to what new levels of ecstasy this has since elevated our bedtimes. Those poetic French have a saying, C’est le petit Jésus en culotte de velours, which translates as, ‘It’s like little Jesus in velvet underpants.’ A phrase Gérard Depardieu uses so often he’s rumoured to have it printed on a T-shirt so he can just point his approval. 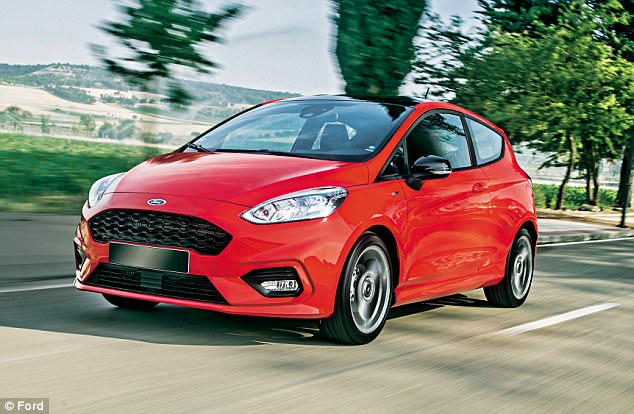 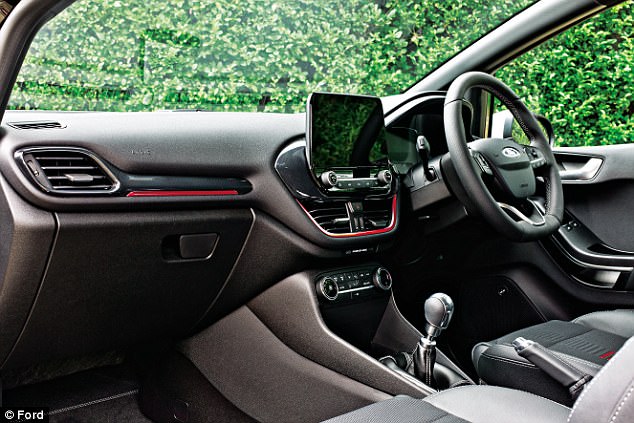 There are soft touch surfaces, an eight-inch touch screen and a whole new set of dials

The second top buy was something called an Amazon Fire Stick, the general hype for which you may already have witnessed. But – and I surprise myself as I say this – it is genuinely astonishing. For £40 a pop, you plug it into the back of your telly box and, providing you have set up the necessary online account, you can then instantly access thousands of films, games and TV shows.

‘I bet you still can’t get Those Magnificent Men In Their Flying Machines,’ I grunted sniffily last Sunday. ‘What, you mean this one?’ said The Boss, no more than a few seconds later, the opening credits paused and ready to go.

Well that was it, the rest of the day was cancelled. ‘Kids, stop everything. I declare a duvet day. Come and behold one of the greatest motion pictures ever made.’ Fast-forward 138 minutes. ‘Next: Monte Carlo Or Bust!’ 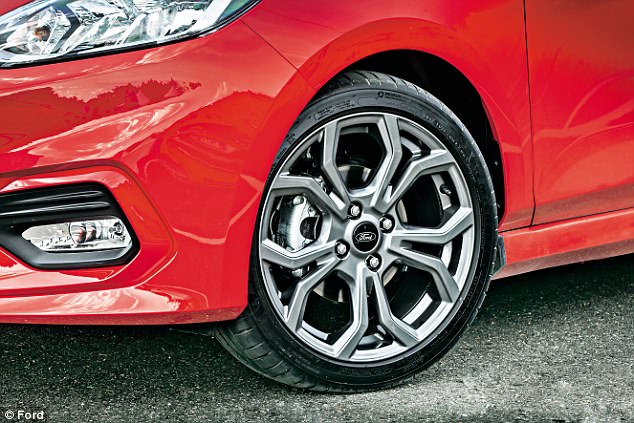 As far as driving is concerned, my favourite aspect of the car is the one that isn’t entirely new – the miraculous 1.0-litre EcoBoost turbocharged three-cylinder engine 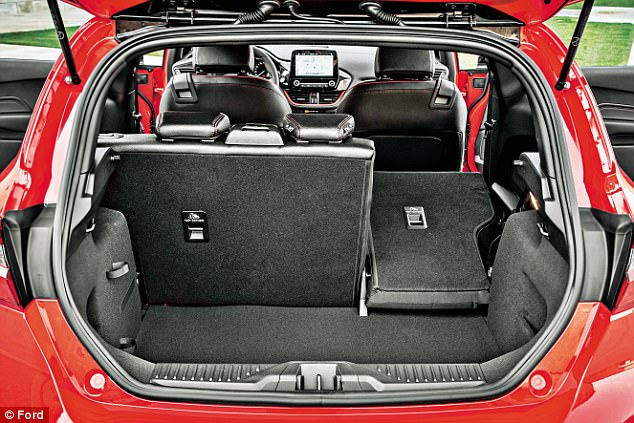 The boot was my pet hate, with its annoying habit of coming to a halt halfway between closed and open

Talking of terrific trios, the arrival of the Ford Fiesta ST-Line at Evans Towers this week marked this column’s first hat-trick of consecutive sporty hatchbacks. But is it even fair to make a £20k Ford follow the £60k Audi RS 3 hyper-hatch and the £33k Honda Civic Type R super-hatch? Like following caviar with Aldi’s own-brand salt-and-vinegar chipsticks.

Which is why, in order to square the circle, I drove the Ford twice as long and twice as far as the two other ne’er-do-wells. Exorcism was the first requirement. I had to rid myself of all lingering thoughts of high performance, downforce and super-welly to give the ST-Line a fighting chance. But actually, no I didn’t.

When it comes to sales figures, the Fiesta could eat the Audi and Honda for breakfast. In fact, if Fiesta were a stand-alone car company, it would rank in the top ten, independent of the mothership. Ford has sold a staggering 4.5 million Fiestas here since 1976 and it remains the UK’s best-selling car by miles. So how ‘new’ and different dare this new Fiesta be? Short answer: very, in almost every way.

It’s a different shape for a start. Less abrasive, less aggressive. Like the new Golf, the roofline slopes down from front to back. It’s become a lover, no longer the angry, wedge-shaped fighter. The light clusters have become more organic, less pointy, still feline but seductive as opposed to predatory. This is the prettiest Fiesta by a long chalk.

Inside is also a revelation. Fiestas have always been narrow, short, a bit basic. Not any more. This is longer, wider, more comfy, more stylish. There are even soft touch surfaces, an eight-inch touch screen and a whole new set of dials. Then there’s the star of the show, the B&O ten-speaker sound system (a £300 extra). I wasn’t expecting that!

Not everything is perfect. Reaching for the seat-belt can be a bit awkward, as the B-pillar has been moved considerably further back. The upside of which, however, is two gorgeous sweeping side windows. Glitch number two is the claustrophobic calamity that surrounds the handbrake. My daily cup of Greggs tomato soup (food of the gods) proved far too much of a headache for any of the three cup-holders to handle. And the boot was my pet hate, with its annoying habit of coming to a halt halfway between closed and open.

As far as driving is concerned, my favourite aspect of the car is the one that isn’t entirely new – the miraculous 1.0-litre EcoBoost turbocharged three-cylinder engine. The unit I tested produces an incredible 140hp with a claimed mpg of 62.8. Not that you, I or any other normal human being on normal human being roads will ever achieve close to that. The gearbox is further good news, for the first time with six forward manual gears.

However, I can’t say I was enthralled by the driving experience. For me it feels, dare I say, a bit van-like. No matter how many times I tried to configure the seat and steering wheel to my liking, I found the driving position ever so slightly off. Cornering was also a bit strange. Not that the ST-Line struggles in any way to cope with most bends. It’s just that it all feels a bit Postman Pat top-heavy, as opposed to seat-of-the-pants sliding around underneath you. 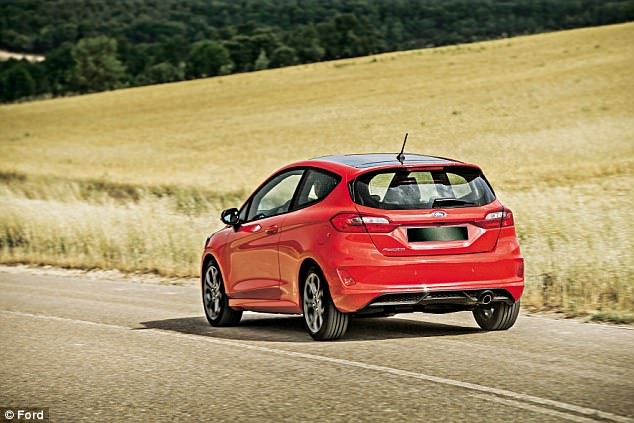 Ford has sold a staggering 4.5 million Fiestas here since 1976 and it remains the UK’s best-selling car by miles

I suppose the real question for anyone considering the ST-Line over the base model (cheaper but a lot less easy on the eye), or perhaps waiting for the fully blown ‘real’ ST super-hatch (due next spring), is: do you want a car that looks more exciting than the boring one while knowing it’s not as exciting as the one that’s coming next.

Depending which way the wind is blowing, the ST-Line could be perceived as either a value-for-money, cool-looking compromise or an overblown cop-out compared with the real deal. A case of ‘beauty is in the eye of the beholder’, but real satisfaction may well come to those prepared to wait and be a little bolder.

PS. One more duvet day car film fact to finish with: Those Magnificent Men In Their Flying Machines grossed $31 million at the box office against its budget of $6.5 million. A tidy profit indeed. If, however, the producers had hung on to the 1907 Rolls-Royce Silver Ghost employed as the chariot of Robert Morley’s fabulously bumptious press baron Lord Rawnsley, they would have more than tripled their profit. A conservative estimate of its value today is around £50 million.