Chris Hughes admits ‘it won’t be long’ until he proposes to girlfriend Annabel Dimmock – and says her mum thought they would get engaged during their recent Maldives holiday.

The former Love Island star, 29, confessed to being a hopeless romantic and says he refuses to judge couples that get married after dating for a short time.

In an exclusive interview, Chris, who’s been in a relationship with professional golfer Annabel, 25, since August, said he ‘couldn’t be happier’ and feels ‘extremely settled’ after the couple moved in together at the end of last year.

‘If it’s right, it’s right’: Chris Hughes admits ‘it won’t be long’ until he proposes to girlfriend Annabel Dimmock – and says her mum thought they would get engaged during their recent Maldives holiday

Chris told MailOnline: ‘It won’t be too long… Even Annabel’s friends messaged her when we were going to the Maldives last month it was very last minute.

‘Everyone thought because of the time of year that I was going to propose. I don’t know if Annabel did… her mum said to her ‘do you think Chris could propose?’

‘I am a very family orientated person it’s just the way I have been brought up and Annabel’s family is the same.

‘I am not one of those people that if someone gets engaged after a month, I don’t even think that is strange or not normal. I think it is personal to yourself and your relationship. I am old before my time; I should have lived back in the 50s. 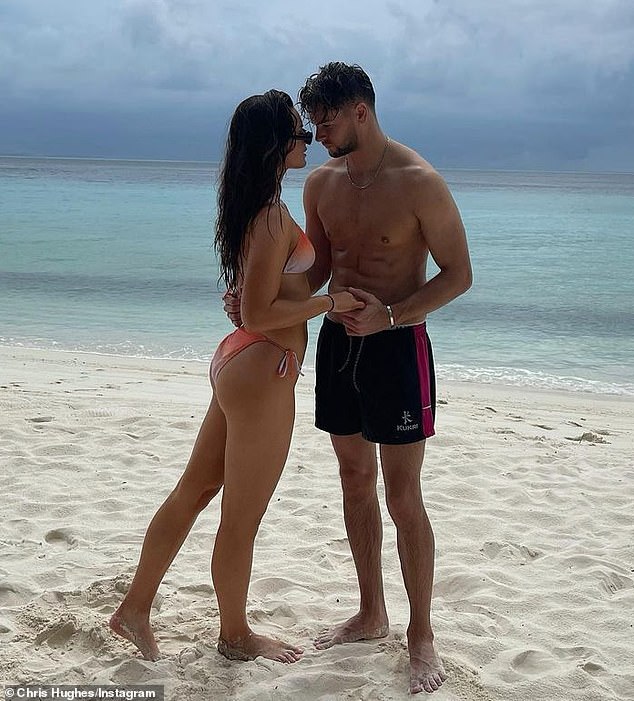 ‘I am old before my time’: The former Love Island star confessed to being a hopeless romantic and says he refuses to judge couples that get married after dating for a short time

Following the end of his high-profile relationship with former Little Mix singer Jesy Nelson, 30, in 2020, Chris admits he’s now feeling ‘comfortable’ and in a ‘great place’ with his love life.

He explained: ‘I feel very settled now in terms of I have just moved into a new house well before November.

‘I am extremely settled as a whole in my life and that’s where I wanted to get.

‘I am at the age now where stereotypically people think they should be settled, and they should have a house – I don’t think it’s like that anymore but for me I am comfortable with where I am.

‘I’m in a great place with my love life, I’m settled, I am enjoying myself and that’s the main thing. I couldn’t be happier really.’ 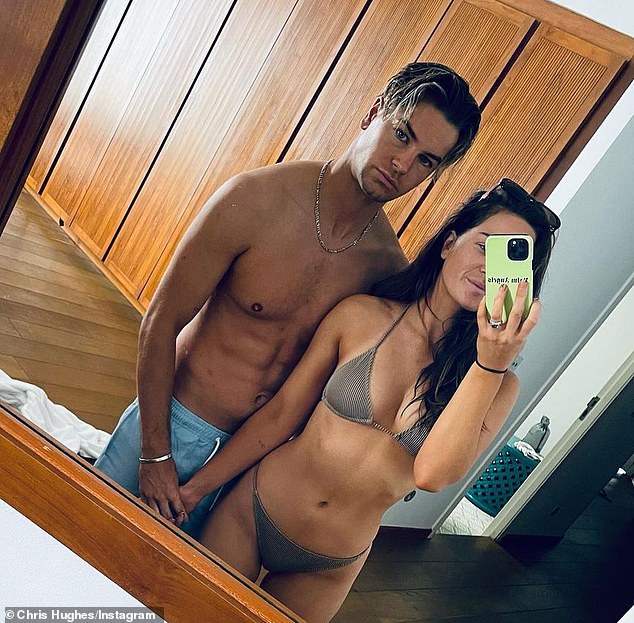 ‘I’m in a great place’: Chris, who’s been in a relationship with pro golfer Annabel since August, said he ‘couldn’t be happier’ and feels ‘extremely settled’ after the couple moved in together

Chris, who’s presented live horse racing coverage with ITV racing since 2019, believes he’s found his perfect match in Annabel, who as a professional golfer shares a mutual love of sports.

He said: ‘I love it. She appreciates when I sit there, and watch sport and I become my own person and when I’m fixated during a Sunderland game.

‘I couldn’t live without sports; I know this sounds extreme but what would the world be without sport? Because she is a pro golfer, she understands that.

Chris is even becoming more domesticated for Annabel, learning to work a washing machine and use a dishwasher for the first time in 29-years. 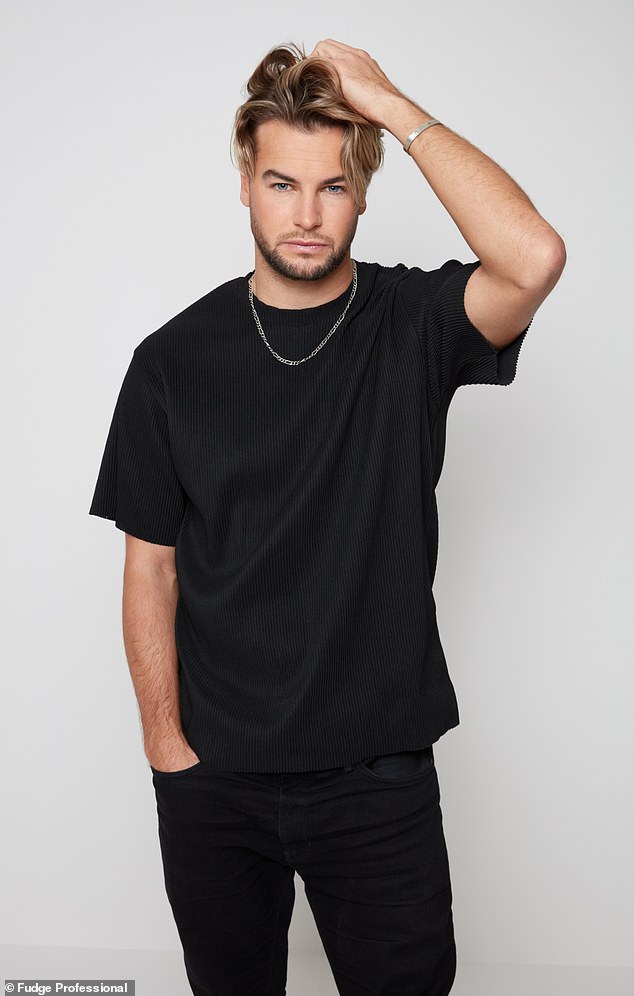 He said: ‘You learn a lot about each other when you live together. I am trying to get a bit better… I know how to work a washing machine now.

‘I had never, ever put one on in my life until a month ago. Annabel does 90 per cent of the house stuff so I needed to pull my weight, now I make the bed when I’m the last one out of it.

Chris is the new ambassador for Fudge Professional and features in the hair brand’s fourth episode of their social media series In The Chair.

The TV star joins Fudge Professional Global Brand Ambassador, Jonathan Andrew, for an intimate chat about men’s mental health and the relationship between Chris, self-confidence, and his hair. 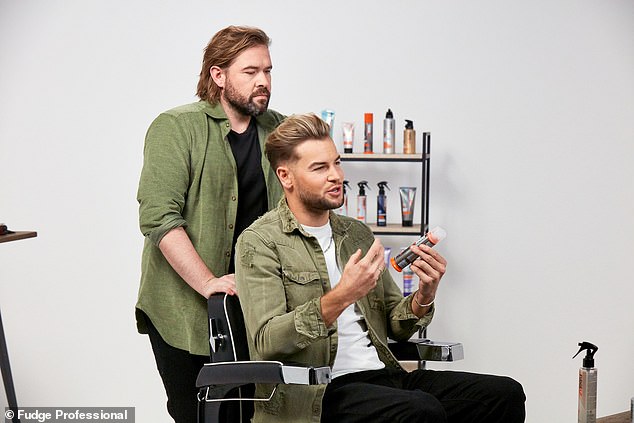 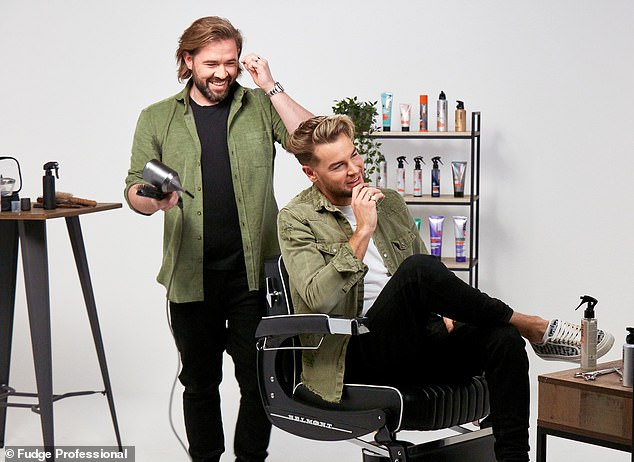 He said: ‘I am an advocate for mental health and for me my hair gives me confidence.

‘If I’m attending a red carpet or an event or presenting work, if my hair isn’t right then I lose all confidence in myself.

‘It seems like it is much more acceptable for women to have all these resources for body positivity but with the men’s side of things it’s only become a lot more apparent over the past few years.’

Chris admits in the 28-minute film, which can be viewed in full on the star’s Instagram profile that he doesn’t feel ‘fully dressed’ until his hair is styled.

He added: ‘I talk about how much my hair gives me that confidence during my session In The Chair.

‘I don’t feel myself or fully dressed or have that level of confidence talking to people if my hair isn’t done. That may sound silly to some people, but it will resonate with others.

‘I’ve got quite versatile hair, over the years I’ve changed my colour, I’ve had a buzz cut, I’ve even shaved my hair at one stage. Over the next 12 months I will definitely do something extravagant with my hair.’ 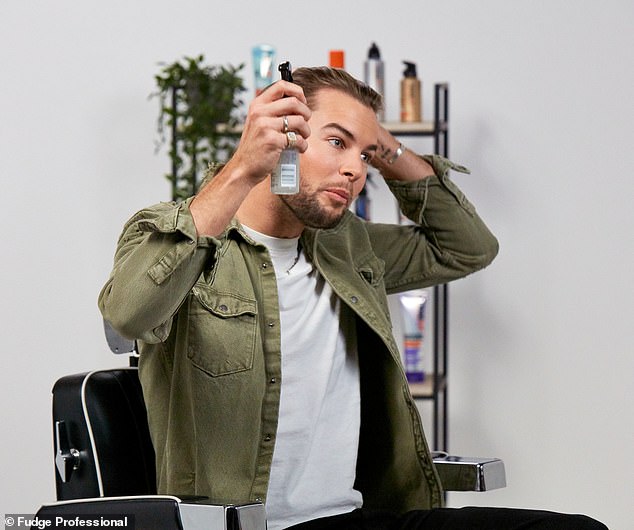