Chris Sutton has called for the Premier League’s Big Six to be hit with a 12-point deduction and banned from European competition following their role in the disastrous European Super League plot.

Headlines have been dominated this week by the European Super League, which is now suspended after the Premier League’s Big Six led the way in withdrawing from the breakaway tournament in what was a hectic 48 hours.

The plans had been protested from across Europe, with fans, media, managers, and even politicians heavily opposing the Super League – which was backed by more than £4billion from JP Morgan and was viewed as a ‘closed shop’ with no relegation for those founding members.

And Sportsmail columnist Sutton believes that England’s six rebellions should be hit with heavy punishments so as to deter any future attempt to disrupt the football landscape.

‘Aleksander Ceferin called them snakes, well take the venom out of the snakes. Give them a European ban, let other teams come up and compete. Otherwise what is the deterrent?’

It is not yet known if the six English clubs will face any sanctions following the chaotic 48 hours. Ceferin had threatened to ban the breakaway clubs from Europe but that is unlikely to happen now that most have backed down from the ESL. 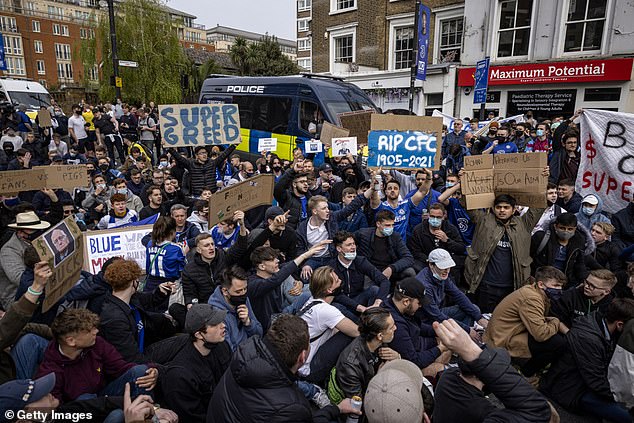 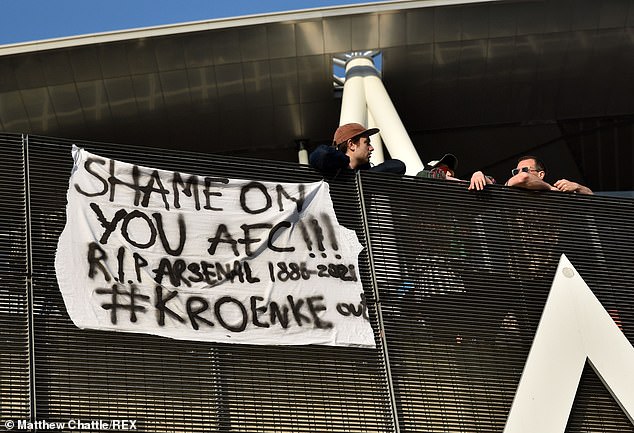 However, the Big Six pulled out of the breakaway league amid widespread fan backlash

Sportsmail reported on Wednesday that the Big Six will be forced to pay exit fees following their withdrawal from the competition, although Arsenal chief Vinai Venkatesham insisted the figure is less than £8m.

Sutton added that a fine will be of little significance to the clubs’ billionaire owners unless they are penalised heavily.

‘if you expel them from the Premier League they can go and set up their own other league,’ he added.

‘I think there are things which can be done. How do you punish a billionaire? I think we can fine the billionaires heavily and put the money into grass roots football, say £50m per club. 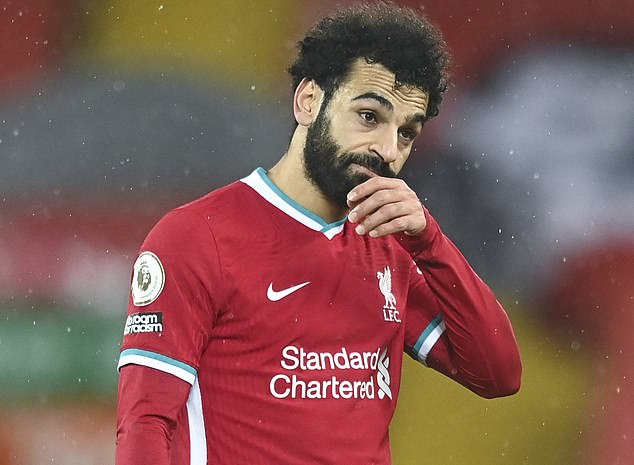 ‘What we have to do is take away the power from these billionaires. Don’t let them become anywhere near the decision making process. These six clubs didn’t think about the other clubs. Take the power away from them.’

Sutton’s BT Sport colleague Joe Cole concurred with his sentiments, and demanded that football authorities hold the clubs accountable so as to ‘stamp out’ any future breakaway attempt.

‘I cant believe they could have been that stupid. Maybe it was an opening gambit and two, three years down the line they are still going to want to implement this. They aren’t going to go away and get back in their box,’ the former Chelsea star said. 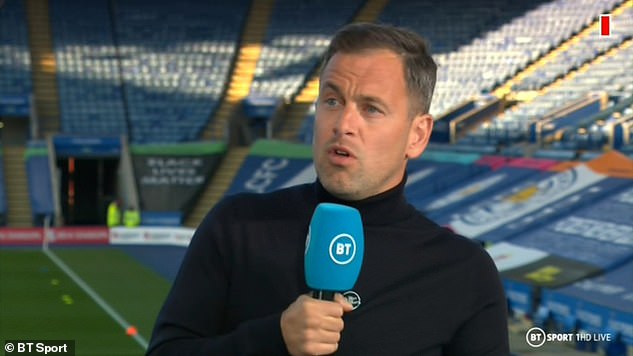 Joe Cole concurred, and called on authorities to ‘stamp out’ any future breakaway bids

‘The only thing we can do in my opinion is we know what they want to do and we have to hold them accountable for their actions.

‘If they insinuate they are going to do it again you have to stamp down on it. I thought the promises were quite empty.

‘As men you hold them accountable to their actions and not just their word. Because I don’t believe their words for one second.’