England’s one-day team have been challenged to reach uncharted territory this week by inflicting a first home whitewash on Australia.

Determined to maintain their momentum after surging to a series victory in just three matches, Eoin Morgan and coach Trevor Bayliss set the target of a clean sweep by raining on Adelaide’s Australia Day parade this Friday and then pooping the opening of Perth’s new stadium on Sunday.

Reigning world champions Australia have never lost a bilateral home ODI series 5-0 before — their worst result the 4-1 reverse to South Africa back in 2009.

England’s Chris Woakes revealed: ‘We had some discussions in the changing room, praising a few performances and the way we’ve played over three games, but the end of the chat was very much making sure that we’re on it come Friday afternoon and just don’t let up.

‘It has been a long tour for a few guys in the dressing room and we’ll be making sure we do what we can to make it 5-0.

‘That is a huge motivation. We’re obviously delighted to win the series and be 3-0 up, but we won’t be letting up.

‘We’ll still be trying to go out there on a big day for them, Australia Day, and turn them over. We’ve got the momentum and winning is a habit. 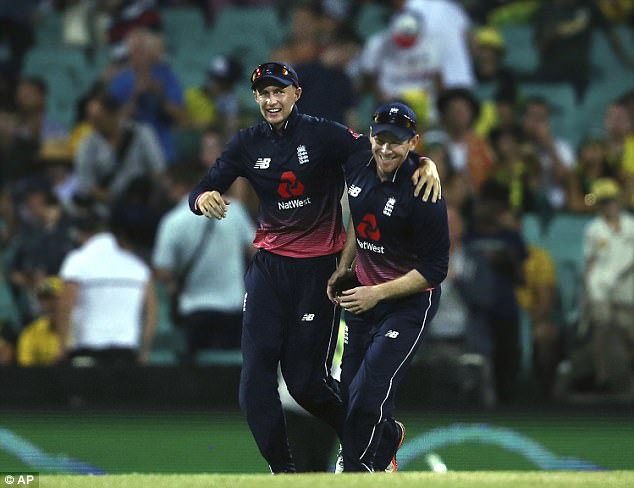 He added: ‘To win a series here in their own backyard is a very difficult thing to do and we owe it to ourselves to keep pushing in those final two games because you don’t come out to Australia and win too often — once you’ve got your foot on the throat you want to keep it down.

‘If the roles were reversed then Australia would be doing exactly the same thing to us, making it as uncomfortable as possible.

‘This is international cricket and you have to be ruthless. If we want to improve and get to that World Cup in the best possible shape then we need to make sure that when we’re on top, we stay on top.’ 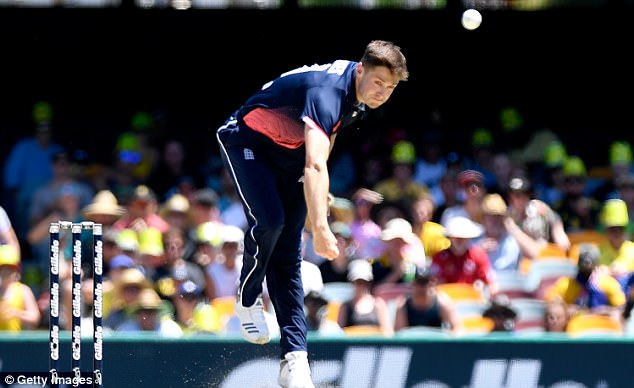 With less than 18 months to go in the current four-year World Cup cycle that is exactly where England are: on top.

Since their disastrous group-stage exit at the last tournament down-under, no rivals can get near their 70 per cent win ratio.

Australia, meanwhile, are floundering at 52 per cent and on the back of 10 defeats in 11 are facing inquests into where it’s all gone wrong.

Suddenly, those like Woakes who struggled in the 4-0 Test series thumping by the Australians have come to life. And how.

He has been a revelation in the continued absence of his fellow all-rounder Ben Stokes, crashing unbeaten scores of 39 and 53 in his two innings to date and showing an improvement game on game with the ball. 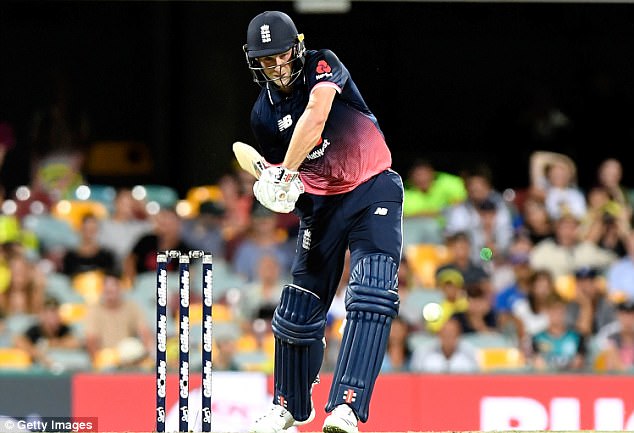 ‘Particularly after the Ashes you just want to give something back and it’s nice to be performing well in this one-day series. I feel my game’s in a good place in the white-ball stuff,’ said the 28-year-old, who credits his improved batting to recent power-hitting sessions with Graham Thorpe.

Meanwhile, with Stokes now failing to meet his scheduled arrival date in New Zealand due to a court appearance — it was originally hoped he would be available for the February 13 fixture in Wellington — England have called up uncapped Surrey all-rounder Sam Curran.

The 19-year-old, younger brother of squad member Tom Curran, has been playing Twenty20 cricket for Auckland this winter.

England’s 16-man squad was made one lighter after Joe Root was persuaded to take a three-week rest period by coach Trevor Bayliss while Liam Plunkett has a grade one tear in his left hamstring which has ruled him out the rest of the one-day series.

His rehab plan is to be fit for the second T20 against Australia on February 10.