The whole of Cameroon’s squad flocked onto the pitch to celebrate their opening goal – which led to the referee singling out Christian Bassogog and booking him.

Cameroon took on Serbia in Monday’s early kick-off as both sides sought to get their first points of the World Cup.

Jean-Charles Castelletto scored the opener after 29 minutes, which led to wild celebrations, and Bassogog’s caution.

So when Sergej Milinkovic-Savic put Serbia in front just before half time, after Strahinja Pavlovic’s equaliser, they copied the celebration – which saw Fiorentina’s Luka Jovic booked for his role in their celebrations.

The World Cup has seen a mixture of tired, lifeless showings, and some with a little more excitement. Cameroon’s clash with Serbia is definitely the latter of those, with six goals shared in the opening 70 minutes.

Bassogog was introduced to the action after 67 minutes, replacing Lyon’s Karl Toko Ekambi – with the earlier yellow card hanging over him.

The 27-year-old forward, who currently plays for Chinese Super League side Shanghai Shenhua, was a member of Cameroon’s winning Africa Cup of Nations squad for the 2017 tournament. 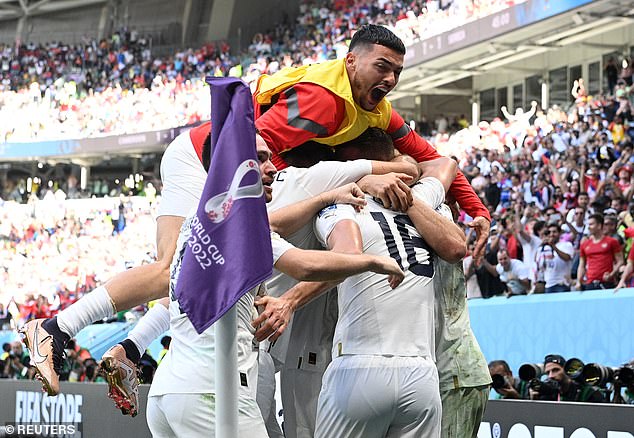 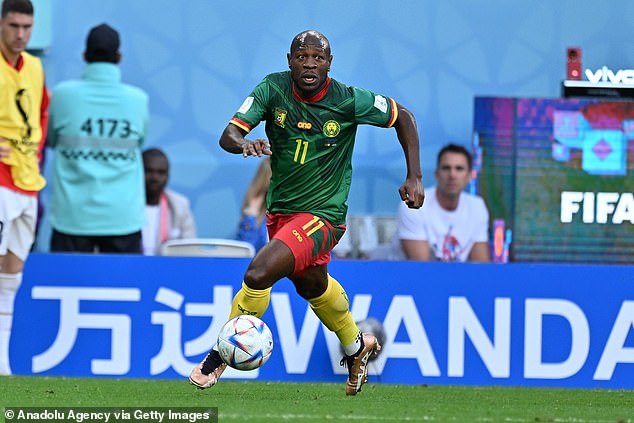 Bassogog came off the bench for the last 23 minutes of the match, held at Al Janoub Stadium