Christian Eriksen is ‘the heart and heartbeat’ of the Denmark side, insists manager Kasper Hjulmand

Christian Eriksen is ‘the heart and heartbeat’ of the Denmark side, insists manager Kasper Hjulmand – as he says it’s ‘great’ to have the Man United star back for the World Cup after his collapse on the pitch at Euro 2020

Denmark will be spurred on by the presence of their ‘heartbeat’ Christian Eriksen when they play their opening World Cup match against Tunisia on Tuesday.

The Manchester United midfielder is set to take his place in the Denmark side 17 months after suffering a cardiac arrest on the pitch during the European Championship.

‘We are all happy and thankful after what happened but as a football player he’s probably one of the best I’ve ever seen in terms of quality, love for the game and just hanging around with the boys.

‘He appreciated (it) maybe more than us. We love having Christian by our side and every minute he plays, it’s only a plus for Denmark.’

Manager Kasper Hjulmand added: ‘Before the Euros, before everything happened with Christian, I said he was the heart and the heartbeat of the team. 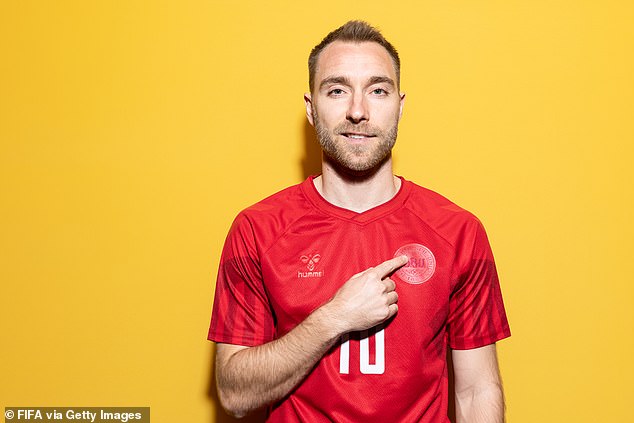 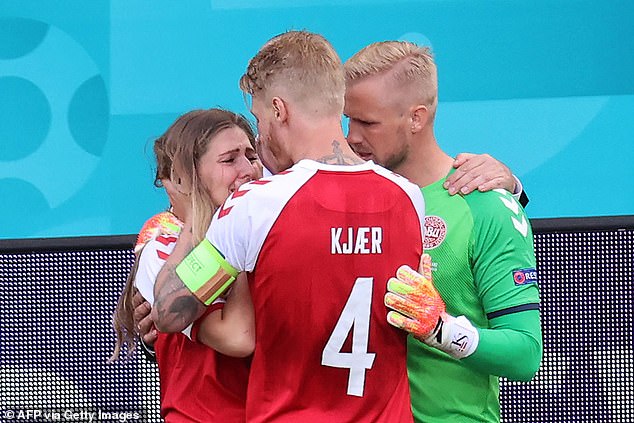 ‘When he plays he has a fantastic way of taking decision of the rhythm of the game, feeling the game and controlling the game with his passing, with his intelligence, with his vision and also his work ethic.

‘It’s great to have Christian back and also the person. He’s a fantastic player but he’s an even better person.’ 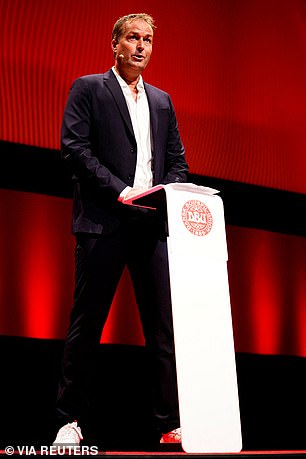 Denmark are ranked 10th in the world to Tunisia’s 30th, with the African nation having only managed two victories in their five previous World Cup appearances.

Hjulmand said: ‘I have respect for Tunisian football. I know how passionate it is and how big football is in Tunisia. We know the players very well, we’ve followed their campaign and the big emotions and also the quality they have.

‘We know they will be superior off the pitch in the stands, there will be a lot of Tunisian spectators, and we hope we can show we are the better team on the pitch.’

Tunisia have shown some good form in recent months and boss Jalel Kadri hopes his side can put on a good display.

‘We have been working hard for two years now, we have achieved our first goal, being capable of participating in this edition of the World Cup and representing all Arabs,’ he said. ‘We have scored highly and we deserve to be here.’

While attention in Europe has focused on Qatar’s human rights record, for Kadri it is a source of pride to have a World Cup in the region.

‘I’d like to take the chance to say a very big thank you to the hosting country,’ he said. ‘We saw the extent to which everything was really well organised yesterday. It’s made all Arabs feel proud.’ 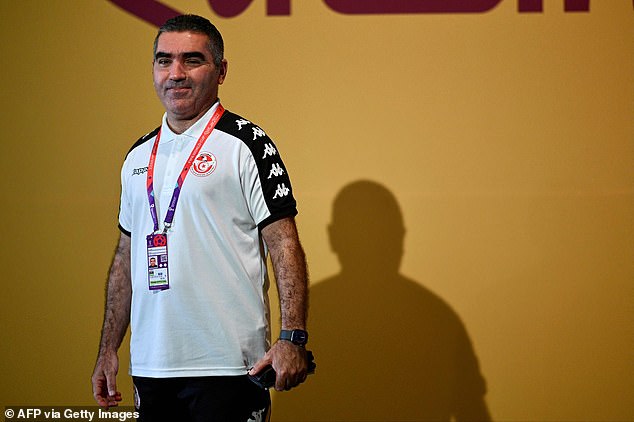