Christian girl’s parents begged for her to stay with gran

The parents of a Christian five-year-old forced to live with Muslim foster carers allegedly ‘begged’ a council to allow her to live with her grandmother.

The Government has been urged to examine the case, which has seen a scandal-hit council place the girl in two Muslim households in the past six months, against the wishes of her family – who repeatedly asked that she be placed with family friends or relatives.

The placements were arranged by Tower Hamlets council in east London, where children’s services were criticised by Ofsted earlier this year.

The council has refused to allow the girl to be placed into the temporary care of her grandmother, according to The Times.

Social workers said the child sobbed and begged not to be returned to one foster mother – who wore a face veil in public – as the household spoke no English.

She also claimed her foster carer had said she should learn Arabic and had taken away her Christian cross necklace, The Times reported.

The child – who is white, was born in Britain and has a UK passport – was allegedly not allowed to eat a spaghetti carbonara prepared by her birth mother because it contained bacon.

She was said to have told her biological mother ‘European women are stupid and alcoholic’ and ‘Christmas and Easter are stupid’, prompting questions over cultural attitudes in her foster homes.

Her current foster mother wears a burka in public which completely hides her face.

Inspectors rated the council’s children’s services ‘inadequate’ and said there was an ‘entrenched culture of non-compliance with basic social work standards’. 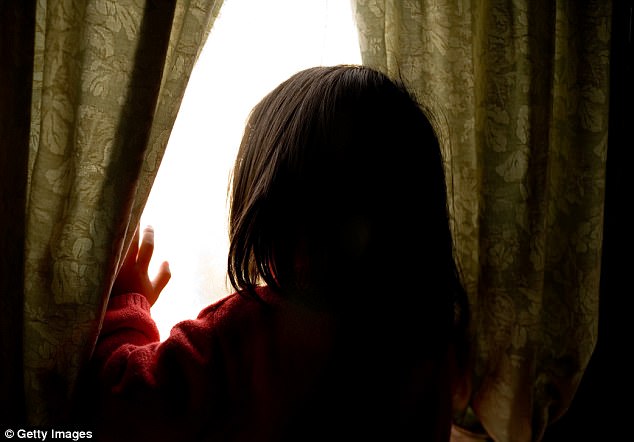 The Government has been urged to examine the case, which has seen the council place the girl in two Muslim households in the past six months (stock image) 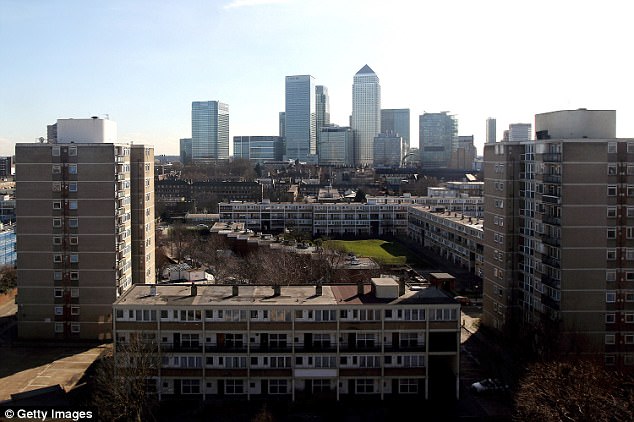 The placements were arranged by Tower Hamlets council in east London (pictured), where children’s services were criticised by Ofsted earlier this year

Robert Halfon, chairman of the Commons education committee, urged the Government to examine the case and establish whether the issue was widespread within the foster care system.

He said the child should ‘have the right to be placed with people who reflect her heritage and background’. 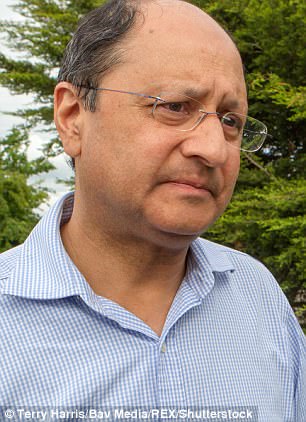 Philip Hollobone, Tory MP for Kettering, said: ‘What if it were a Muslim girl being looked after by a Christian couple and they insisted she deny her Muslim upbringing and become a Christian – how would the Muslim community feel about that?

‘It seems to me the original heritage of the child ought to be respected by the foster family, whatever their own faith happens to be. The council needs to review this case urgently … All religions should be treated equally and respected in the same way.’

Andrew Bridgen, Tory MP for North West Leicestershire, added: ‘This just feels wrong. This is the wrong decision for the long-term welfare of the child.

‘My constituents will wonder what world they are living in, in Tower Hamlets … Someone needs to take a look at this. Imagine the outcry from the Muslim community if this had been a Muslim child adopted by a white Christian family.’

Former justice minister Shailesh Vara, Tory MP for North West Cambridgeshire, said the decision was ‘completely wrong’, adding: ‘The local authority should have ensured that in placing the child in a foster home her religion and cultural background would be totally respected. 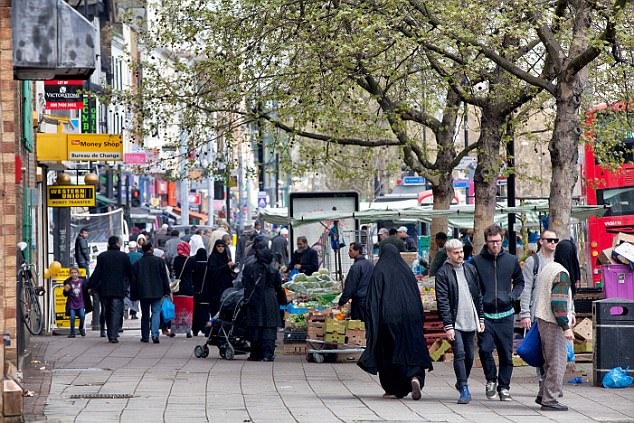 In April this year, an Ofsted inspection at Tower Hamlets council found ‘widespread and serious failures in the services provided to children who need help and protection’

The scandal-hit council that fails children

Tower Hamlets council was criticised only months ago by inspectors who found children were left in ‘situations of harm’ for too long.

Its children’s services department was branded ‘inadequate’ by Ofsted in April. In their report, inspectors warned there were ‘widespread and serious failures’ which had left children in ‘neglectful and abusive situations’ for too long.

They said chief executive Will Tuckley and the department director Debbie Jones had ‘insufficient scrutiny’, meaning they ‘did not know about the extent of the failures to protect children’. The watchdog’s findings were so concerning that following its investigation in January, immediate action was needed in many cases to ensure children were safe.

Inspectors were also forced to order an urgent review into a number of areas, including private fostering arrangements.

They found superficial assessments failed to consider whether children had been trafficked or abandoned, and basic safeguarding checks were not conducted in most cases.

Ofsted last gave the department a clean bill of health in 2012. However, over the last few years there has been instability at the helm.

In May 2015, Alan Wood, a former president of the Association of Directors of Children’s Services, was drafted in as part of a team to ensure good governance.

Mrs Jones was appointed interim director in July 2015 and then permanent director in March 2016.

Ofsted also criticised local politicians sitting on the council for failing to spot what had been going on.

In 2015, the Tower Hamlets council was stripped by the government of many of its powers after its former mayor, Lutfur Rahman, was found guilty of corrupt and illegal electoral practices.

An electoral court found Rahman ‘cynically perverted’ the religious feeling of his Muslim community in the area and silenced his critics with accusations of racism and Islamophobia.

Many blame the failings identified in the Ofsted report on a merger of adults’ services and children’s services in 2013 under Rahman.

Mr Tuckley said in April: ‘Debbie Jones and I take full responsibility for this Ofsted report and will be making it an absolute priority to improve the service.

‘We have found more and more problems with the service and have made improvements, but they have not been fast or comprehensive enough.’

‘There should be clear and unambiguous undertakings from potential foster parents that they will honour the beliefs of the children who are entrusted to their care.’

The girl’s biological mother was said to be horrified by her daughter’s foster placements and their effect on the child.

A family friend told The Times: ‘This is a five-year-old white girl. She was born in this country, speaks English as her first language, loves football, holds a British passport and was christened in a church.

‘She’s already suffered the huge trauma of being forcibly separated from her family. She needs surroundings in which she’ll feel secure and loved.

‘Instead, she’s trapped in a world where everything feels foreign and unfamiliar. That’s really scary for a young child.’

It was not clear why the girl was taken into care earlier this year, but councils are required to consider a child’s ‘religious persuasion, racial origin and cultural and linguistic background’ when deciding foster placements.

The girl was initially put in a household where her foster mother reportedly wore a niqab – a headscarf and face veil – in public.

Confidential council reports seen by The Times said the child begged not to be returned to the home because ‘they don’t speak English’.

A social services supervisor said she was ‘very distressed’ and claimed her foster carer had suggested she learn Arabic, had taken her cross necklace and had not allowed her to eat food provided by her biological mother because it contained bacon.

The girl spent four months there before she was placed with a foster carer who wears a burka when she accompanies her in public.

Mr Halfon, Tory MP for Harlow, added: ‘Anyone, whatever their religion or background, should be welcome as foster parents.

Neil Carmichael, former Tory chairman of the education committee, was leading an inquiry into fostering but it was cut short by the general election.

He said the committee should examine how children are placed. ‘I think it is really important that young children are made to feel at home, made to feel comfortable, made to feel a fully-fledged member of the family that they are in – they must be the key tests,’ Mr Carmichael, who lost his seat on June 8, told the Daily Telegraph.

A Tower Hamlets spokesman said: ‘We are unable to comment on individual cases or those that are subject to court proceedings.

‘Tower Hamlets council’s fostering service provides a loving and stable home for hundreds of children every year … we give absolute consideration to our children’s background and cultural identity.

‘All our foster carers receive training and support from the council to ensure they are fully qualified to meet the needs of the children in their care.’

The council’s website said it was recruiting foster carers, offering up to £471 per week per child, depending on the child’s age.

It previously warned it needed to recruit from a range of backgrounds to enable it to match children. Adverts for foster carers in 2008 listed ‘white’ among under-represented communities. The council would not reveal if it currently had a shortfall of white foster carers.

The 2011 census found 31 per cent of Tower Hamlets’ population was white British, compared with 80 per cent nationwide.

Anne Longfield, children’s commissioner for England, said her office would contact Tower Hamlets children’s services to establish more about the facts of the case.

‘I am concerned at these reports,’ she told The Times. ‘A child’s religious, racial and cultural background should be taken into consideration when they are placed with foster carers.’

A Department for Education spokesman said local authorities must ensure a placement is ‘the most appropriate way to safeguard the child’ and their background was ‘an important consideration’.

The department has launched a National Fostering Stocktake, to consider recruitment and retention of carers. It is expected to report back at the end of the year.

In 2009, a Christian foster carer was banned by her local council after a Muslim teenager in her care converted to Christianity.