Fallen high-flier Christian Porter has hailed defence minister Peter Dutton and TV political pundit Peter van Onselen for standing by him when ‘the mob’ came after him.

The former attorney-general – once tipped as a potential Prime Minister – has quit politics after 14 years and used his farewell speech to rue how his career crashed so dramatically and suddenly.

Mr Porter’s political aspirations came to an end soon after he identified himself as the MP at the centre of historical rape allegations, which he strongly denied.

But he said in the midst of the media furore about the accusations, Mr Dutton and Ten’s van Onselen never wavered in their support, despite possible consequences.

‘I’ve got to say they were acts of courage that will stay with me for the rest of my life,’ he told the House of Representatives on Tuesday.

A woman had accused Mr Porter of raping her in January 1988 while they were both in Sydney for the World Universities’ Debating Championships. The accuser tragically took her own life in 2020.

Mr Porter, 51, subsequently pursued defamation action against the ABC following a Four Corners report about the allegations, but the case was later dropped.

It was later revealed an anonymous donor had used a blind trust to donate towards the cost of his million-dollar legal fees.

He narrowly avoided being referred to parliament’s privileges committee to investigate the donation.

But the row led to him resigning from Cabinet, having previously been demoted from attorney-general to science minister when the scandal first broke.

The series of controversies saw Mr Porter caught in a media firestorm.

‘What kept me upright when they came for me? It was the power of love and friendship,’ he said ‘Some people, they will join a mob and others will slink away.

‘But very few people ever try and stand in the way of a mob. And I watched people – friends – put themselves between me and the mob. 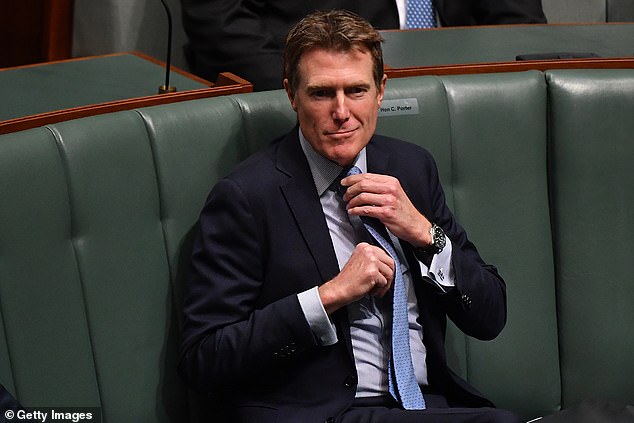 Mr Porter’s career came to an end after he identified himself as the MP at the centre of historical rape allegations, which he strongly denied

‘I can mention more but Peter van Onselen and Peter Dutton – knowing the risks better than any two people could possibly know the risks – they stated plain public support for me while the mob was in its full fury.’

Van Onselen came under intense criticism for standing by the politician – who was a long-time friend since university days – at the height of the row over the allegations.

The TV political editor said at the time he was pleased women were coming forward with sexual abuse complaints to get justice  ‘on the macro level’.

But he said ‘at the micro level…if it’s someone you know and they claim they’re innocent, boy, it’s a difficult issue.’ 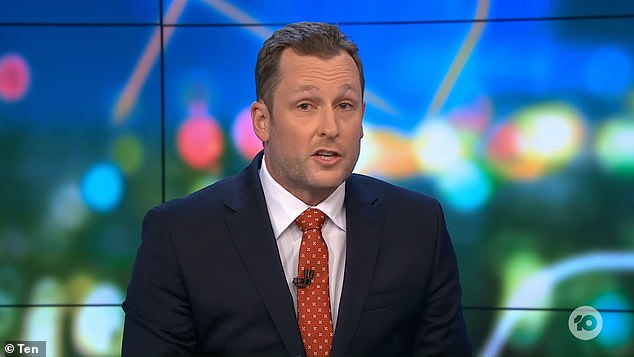 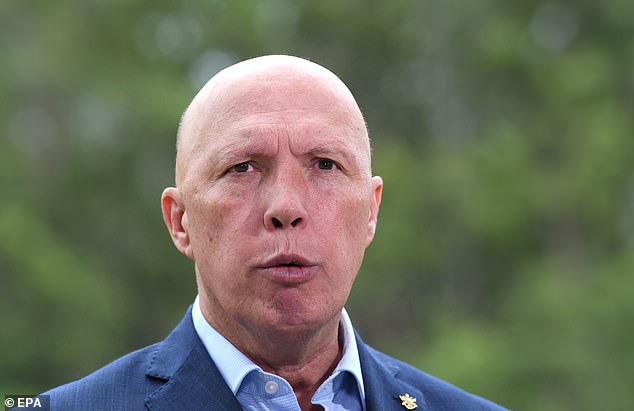 In the midst of the media furore about the accusations, defence minister Peter Dutton (pictured) and Ten’s van Onselen never wavered in support, despite possible consequences

Twice-married Porter, who split with second wife and mother of their two children, Jennifer, in 2020 after 12 years together, had earlier said he often felt like he had been ‘lost in space’ during his time in Canberra.

‘The closer you get to the centre of things here, the more we age hard in dog years unfortunately,’ the Western Australian said.

‘It’s it is genuinely like being near a black hole. The closer you get to the epicentre of government, the more years of experience you feel get compressed into months.

In December Mr Porter announced that he would leave Federal parliament at the coming May election, after the ongoing fallout from the allegations against him.

On Tuesday afternoon, he gave his valedictory speech to the House of Representatives, recalling his career and thanking Tony Abbott for giving his start. 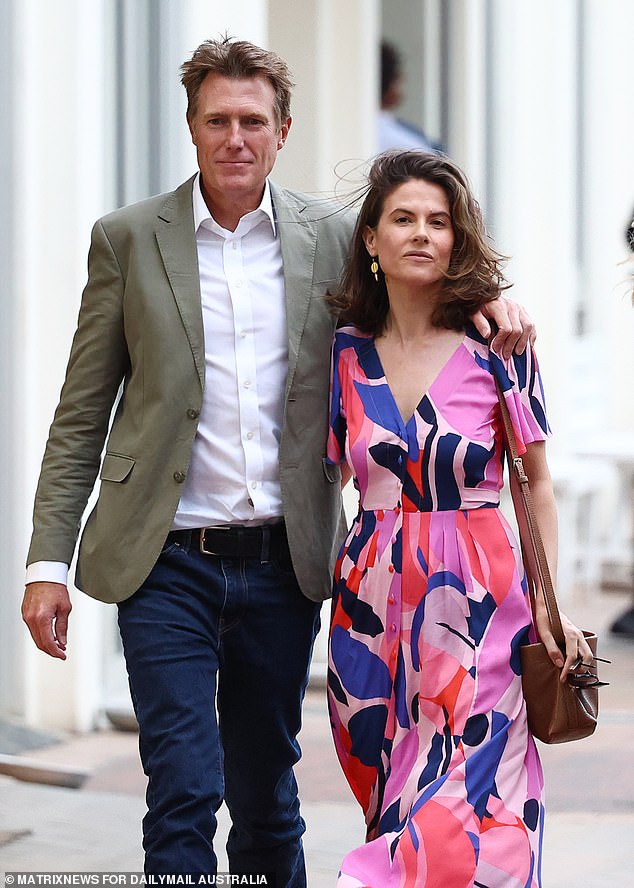 Mr Porter is now expected to return to his legal career, and has been seen socialising with a new partner, criminal lawyer Karen Espiner

He admitted: ‘It’s a melancholy truth that very often you just never know when the thing you’re doing will be the last time in your life that you do it.

He said it can apply to talking to a loved one, but doubly so in politics.

‘You always live in hope that there’ll be more time – but in politics, you just never know,’ he said.

‘When you leave a job that’s that intense you naturally ask yourself well, was it all worth it? And my own answer is absolutely yes,.

‘I succumbed in politics to the instinct to bite off more than I can chew and just chewed until I was exhausted.

‘That’s not always a bad thing. Because time is always shorter than you think it will be. So biting off more than you can chew I think has its benefits.’

He added: ‘I think it was [Peter] Costello who said that we are all of us only one sentence away from the end of our career.’

The former lawyer is now returning to the legal industry after eight years in Parliament in Canberra.

‘I became a cabinet minister the day before the birth of my little boy. And at six, he and his beautiful little sister have never known anything but me being away,’ he said.