Christian Pulisic admitted the heartbreaking 3-1 defeat to Holland in the Round of 16 Saturday will hurt for a long time but vowed the USA will bounce back.

Gregg Berhalter’s team was sent packing from Qatar by Holland, abruptly ending the growing sense of optimism around a young and talented team.

The USMNT star was crestfallen following the game and was visibly emotional while hugging family in the stands.

‘But I’m so thankful for this team and everyone who supported us through it all.

‘A lifelong dream made reality representing my country in a World Cup. We’ll be back US.’

Teammate, and Fulham defender, Antonee Robinson commented on the post, saying: ‘Couldnt be prouder of you mate.’

Pulisic had a glorious chance to put the USA ahead in the third minute of the game but failed to beat Dutch goalkeeper Andries Noppert.

Louis van Gaal’s men proved too clinical and wily for a youthful Stars and Stripes side.

Memphis Depay opened the scoring for the Dutch after Pulisic missed a golden opportunity in the third minute. 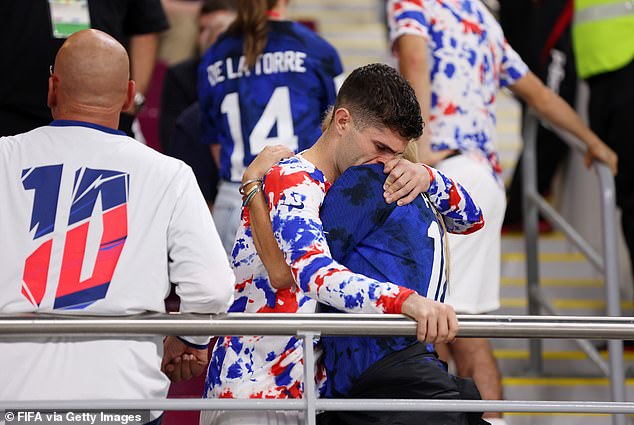 As the US continued to press, they were hurt once more before the break as Daley Blind netted Holland’s second.

Substitute striker Haji Wright pulled one back for the Americans to instill brief hope before Denzel Dumfries extinguished any thoughts of a comeback with a volley that made it 3-1 in the 80th minute.

Pulisic’s positive performances at the tournament have heightened interest in his signature with Chelsea deliberating over next steps for his future. 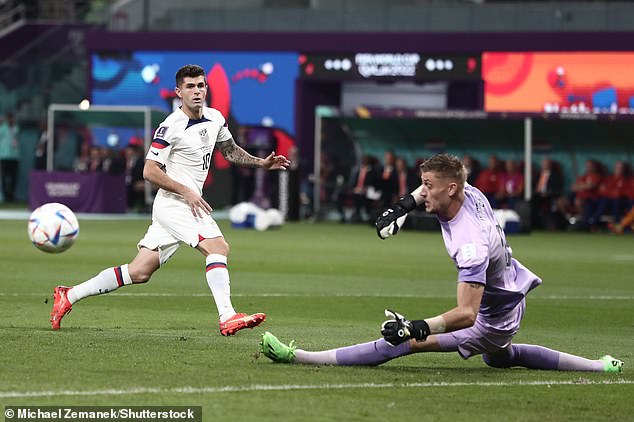 The Chelsea man had a glorious one-on-one opportunity to open the scoring vs. the Dutch