Their highly anticipated smooch is set to air on Monday night’s Big Brother.

And ahead of the romantic moment, Christina Podolyan revealed why she would never go all the way with Brenton Balicki in an interview with The Daily Telegraph.

While the pair’s relationship seems to be going swimmingly, Christina, 21, admitted that her Russian mother would have been furious had the pair gone any further on television.

Coming soon: Christina Podolyan and Brenton Balicki’s long-awaited kiss is set to air on Monday’s Big Brother – and ahead of the steamy moment, she has revealed why the pair didn’t go all the way on TV

‘I’ve got a Russian mum so I wouldn’t be here to tell the story if something more had happened,’ she said. ‘My mum would bash me – it was just a kiss. It is PG rated goddamn it.’

Brenton entered the Big Brother house last week as an intruder – and sparks soon flew between the duo, who began spending every moment together.

But away from the show, Christina admits that the pair are still ‘just friends’. 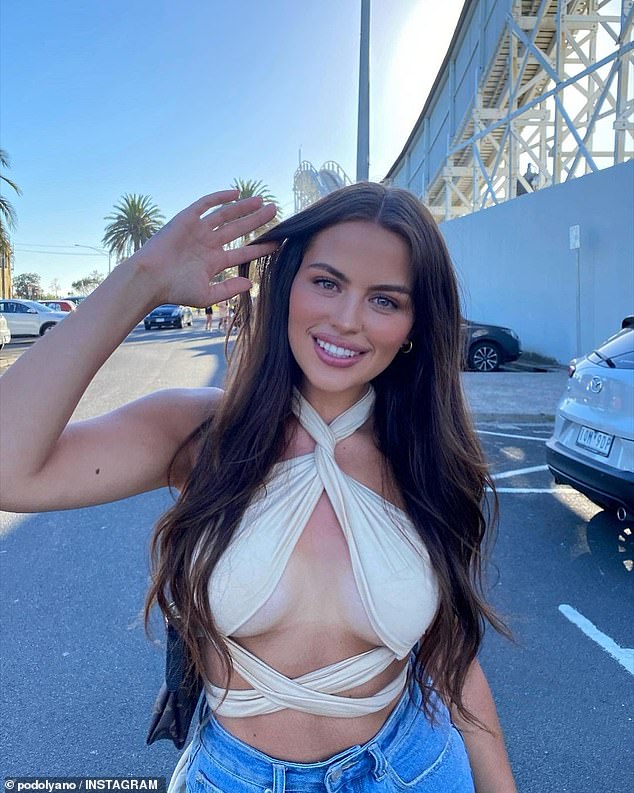 Hard: Christina, who lives in Melbourne, said that long distance is proving to be quite the challenge with the Sydney-based hunk

Christina, who lives in Melbourne, said that long distance is proving to be quite the challenge with the Sydney-based hunk.

‘At the moment we are both friends but I think we are both speculative as to what may happen,’ she said.

‘It would be very different if we were in the same state because he is a beautiful, gorgeous guy and we bonded so well in the house. Who knows what will happen.’

It comes after Brenton, a tech sales representative, described his feelings towards Christina as ‘dangerous’. 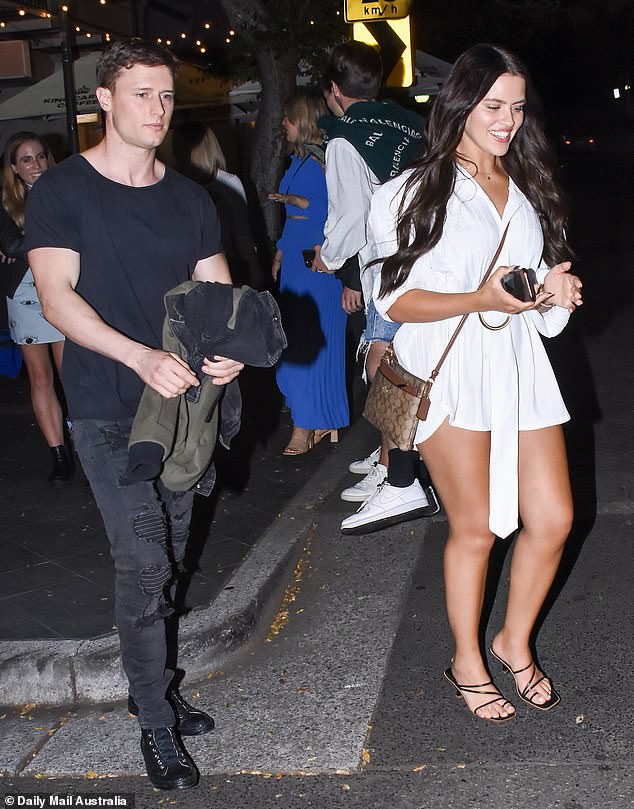 ‘At the moment we are both friends but I think we are both speculative as to what may happen,’ Christina said. Pictured: The pair out in Sydney last week

‘It was dangerous, but it could also be seen as quite comforting knowing that amongst all the chaos, there was one person that I could absolutely rely on and trust, and that goes a long way in the house,’ he told Popsugar.

‘She’s a really incredible person and regardless of what’s happening in the house, I think I would have been drawn to Christina for many other reasons as well.’

When asked if a romance was still on the cards, Brenton said: ‘There’s only so far you can go with someone in the house when you’ve got, like, 400 cameras on you.’ 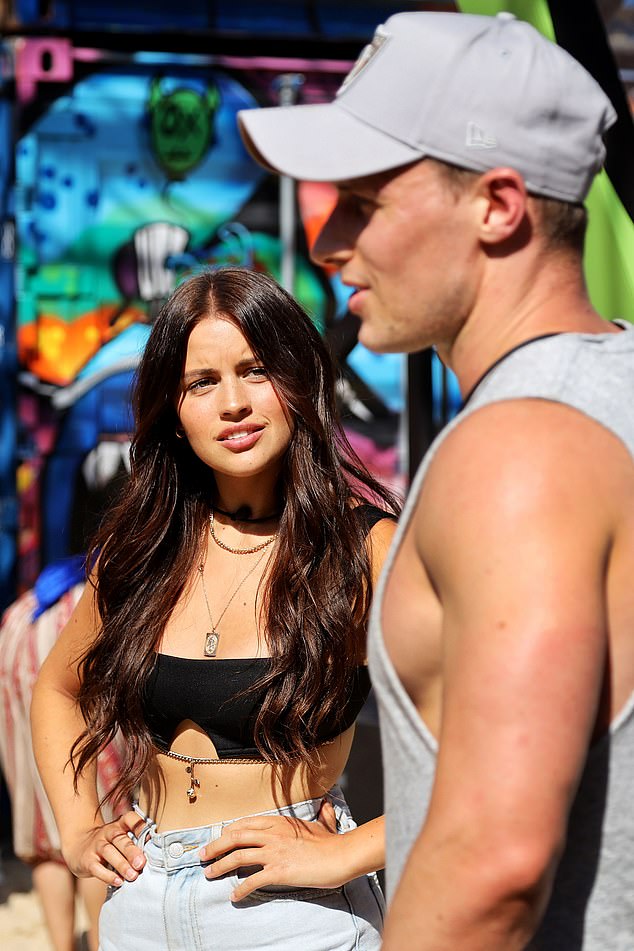 Growing feelings: It comes after Brenton, a Sydney-based tech sales representative, described his feelings towards Christina as ‘dangerous’