She’s one of Australia’s favourite public figures, having been nominated for 17 ARIA Awards.

But Christine Anu has now opened up about her private life, candidly discussing her drastic weight loss in the wake of her 2016 marriage breakdown.

Speaking with The Morning Show on Friday, the 47-year-old songstress revealed that the process was ’empowering because it meant I was in control of myself’.

Speaking candidly: On Friday, Christine Anu opened up about her private life on The Morning Show, discussing her drastic weight loss in the wake of her 2016 marriage breakdown

Christine divulged that she has high blood pressure.

She also explained prior to dropping four dress sizes, she suffered from a hiatus hernia, a condition which causes part of the stomach to push into the chest cavity.

‘It was constant heartburn and chest pains, and I thought I was dying,’ the emotional star stated of her days weighing in at 106 kilograms.

The mother-of-two also revealed she has a family history of diabetes.

Transformation: Christine lost more than 40 kilos following the operation to fix her hernia (pictured left in 2009 and pictured right in 2017)

However, in mid-2016, the soulful singer underwent an operation the fix the hernia, leading her to shed the pounds.

‘It’s listening to my body and I never used to do that because it was a constant eating of my emotions,’ Christine claimed on the program.

She also told the hosts that the ‘mental part’ of the process was the most challenging as she was also in the midst of splitting from her husband of six years, Simon Deutrom. 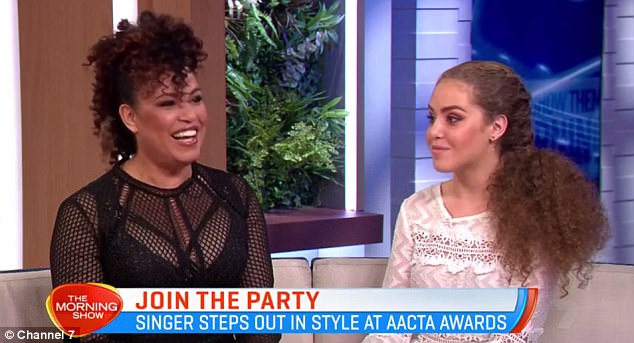 Support: Christine was joined on the program by teenage daughter Zipporah Corser-Anu

She added: ‘It meant I was control of myself and those little thoughts that you go “Ah, stuff it, let’s sabotage yourself today”‘.

Christine was also joined on the show by her teenage daughter, Zipporah, whom she shares with her actor ex-partner, Rodger Corser.

The teen lavished praised on her mother and her weight loss journey, stating: ‘Mum’s such a strong person and it just had to be the right time for her’. 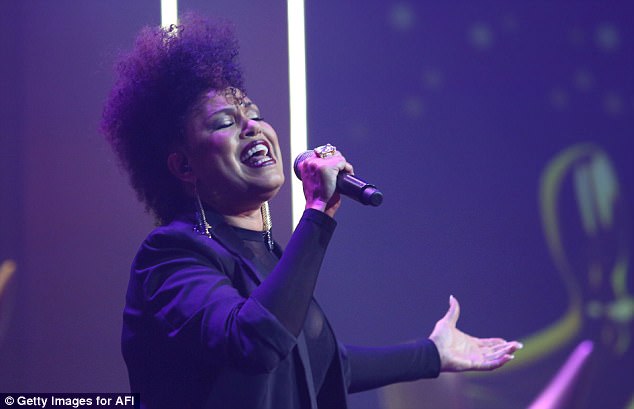 All smiles! Christine called her weight loss journey ’empowering’ as it meant she took ‘control of herself’