The lawyers for Brett Kavanaugh’s accuser Christine Blasey Ford were caught on camera sharing a quizzical glance as Senator Chuck Grassley said the hearing had been arranged ‘in close consultation’ with them.

A look of consternation played across the faces of Michael Bromwich and Debra Katz as Grassley made the claim during his opening statement of the Senate Judiciary hearing on Thursday.

‘Today’s hearing was scheduled in close consultation with Dr. Ford’s attorneys, and her testimony will be the subject of this hearing,’ Grassley said. 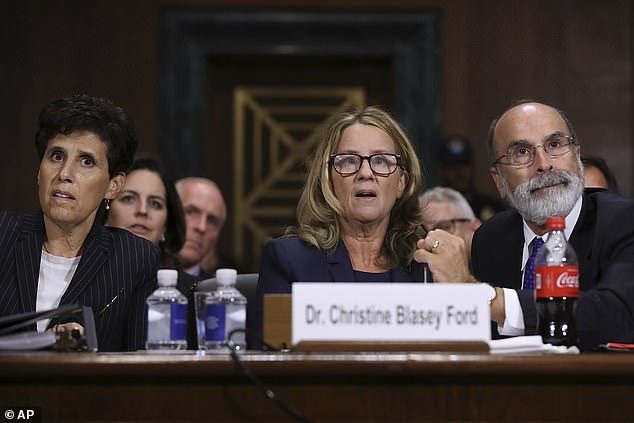 ‘We’ve been trying to investigate other allegations. At this time, we have not had cooperation from attorneys representing other clients, and they have made no attempt to substantiate their claims.’

The pair could be seen chuckling to themselves as Grassley made the claim – in an apparent display of disbelief.

The organisation of the Senate hearing has come under intense media scrutiny for the lack of inclusion of Brett Kavanaugh’s other accusers – Deborah Ramirez and Julie Swetnick.

As the hearing got underway on Thursday, an attorney for Deborah Ramirez claimed she would be ‘willing to testify’ and said no efforts had been made to include her in the hearing.

‘She would be willing to testify, but we can’t even talk with the Senate Judiciary Committee about what that would look like and they certainly haven’t invited her, so at this point, it’s a moot question,’ attorney John Clune said during an interview on NBC’s ‘Today’ show. 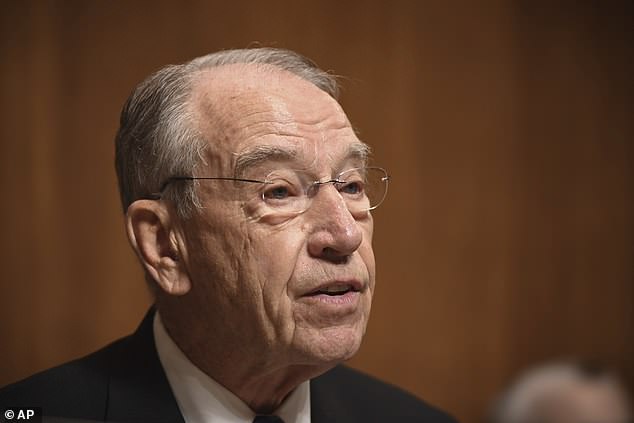 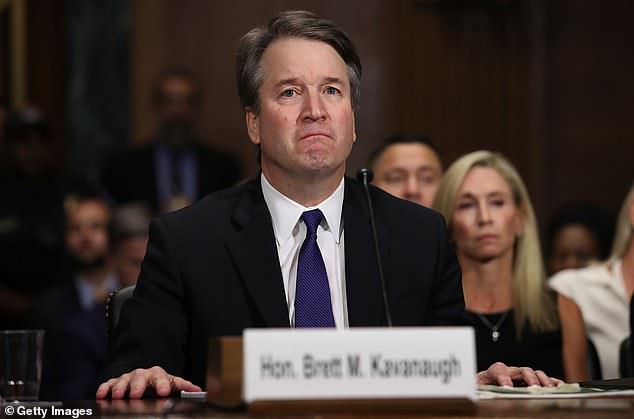 However, during Grassley’s opening statement he dispelled hearsay that neither Ramirez nor Swetnick had been invited to give evidence.

‘My staff has tried to secure testimony and evidence from attorneys for both Deborah Ramirez and Julie Swetnick,’ Grassley continued.

‘Neither attorney has made their clients available for interview. The committee can’t do an investigation if attorneys are stonewalling.’

During the hearing, complaints were also heard about Mark Judge’s absence from the occasion. 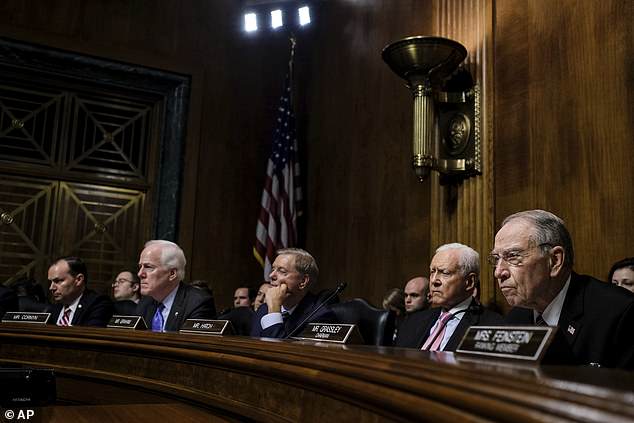