Christine McGuinness has spoken out after concerning details about her extreme diet during the height of her 10-year eating disorder emerged.

Recent comments made by the model, 33, revealed that she used to survive on just 300 calories a week during her anorexia, while living as a dancer in Paris.

Speaking exclusively to MailOnline, the mum of three, who was diagnosed with autism last year, has urged others not to copy her dangerous behaviours and has admitted her autism still to this day ‘plays a huge part’ in her eating habits.

Tough time: Christine McGuinness has spoken out after concerning details about her extreme diet during the height of her 10 year eating disorder emerged

The model, 33, has previously said she knew she was anorexic at the age of eight and was diagnosed aged 14. She began her recovery when she met now-husband Paddy aged 19 and started to consider having children.

In her late teens Christine worked as a dancer and model in Paris, living in a hostel with other girls after moving from her Merseyside home in a bid to launch her career.

She has said that during this time she ate just a 90 calorie Cup-A-Soup every other day, equivalent to less than 300 calories a week – dangerously under the 2,000 recommended for women per day.

The model explained of her time in Paris: ‘The only thing that got slightly out of control was my eating disorder. No one was keeping an eye on me, so I barely ate. 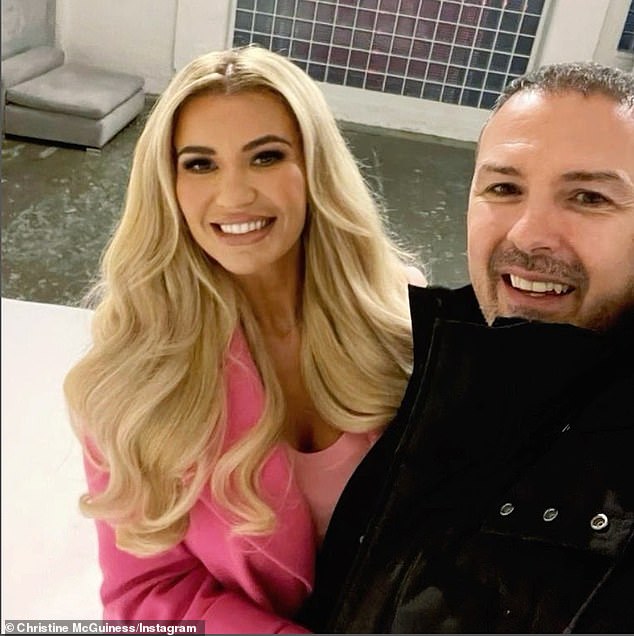 Support: The model, 33, has previously said she knew she was anorexic at the age of eight due to being fussy with food, rather than body image and was diagnosed aged 14. She began her recovery when she met now-husband Paddy aged 19 and started to consider having children

Beat’s Director of External Affairs, Tom Quinn has explained to MailOnline about the psychological affects of eating disorders:

‘Eating disorders are very secretive illnesses, and unfortunately Christine’s story demonstrates how easy it is for symptoms to worsen if left unchecked,’ Qunn noted.

‘People with eating disorders do not always realise they are unwell, and may view their behaviour as perfectly normal, making it more difficult for them to seek treatment.

‘We would urge anyone who may recognise the same pattern in themselves or a loved one to visit their GP at the very earliest opportunity.

‘Eating disorders are serious, but it is possible to make a full recovery and getting specialist help gives the very best chance of this.’

‘I was dancing and burning a lot of calories, and I never took a dinner break. It was easy for me to get away with not eating, because no one was watching me.

‘I’d have a Cup-a-Soup, which was 90 calories, every other day and that was it. Nothing else, bar loads of water.

Speaking to MailOnline the model has urged ‘don’t copy me,’ explaining she ‘one hundred percent does not recommend this to anyone and I certainly wouldn’t do this now.’

She added that she was young and consumed by her job as a dancer so would often ‘forget to eat.’

Christine lived in Paris in her late teens and made a living dancing at nightclubs. It was during a weekend trip home to Liverpool aged 21 for a modelling job that she met husband Paddy, then 34 and 15 years her senior.

Christine has previously credited her husband with helping her recovery, explaining: ‘Patrick would give me food in little dribs and drabs, so I didn’t even notice. It was in such a soft way. Instead of confronting me with a piled-up plate, he’d say, ‘Oh, try this’.

The reality star shares twins Leo and Penelope, six, with her husband, as well as three-year-old daughter Felicity. She has said it was her desire to be a mum that fuelled her desire to overcome her anorexia.

‘When I went to see a doctor the reason I wasn’t ovulating or having my periods was down to having an eating disorder. That made me get better but it took four years for everything to regulate,’ she said. 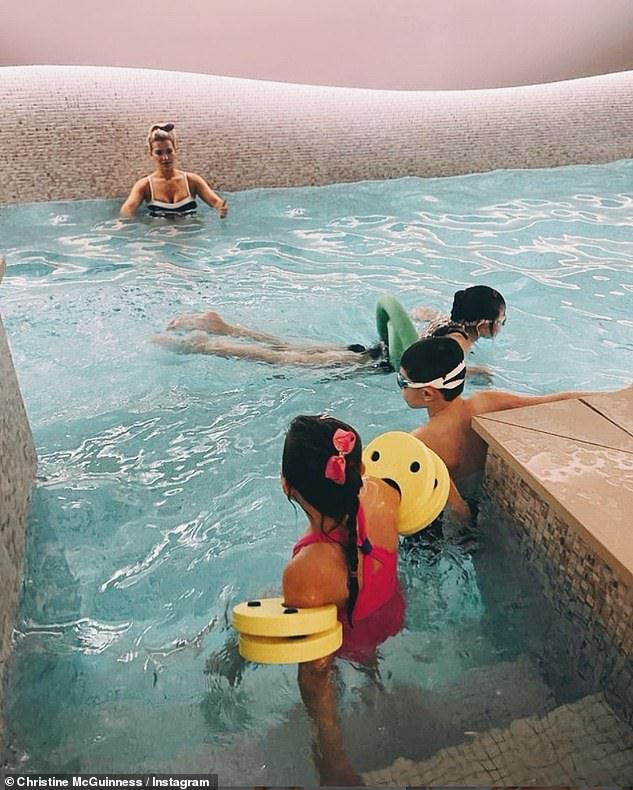 Family: The reality star shares twins Leo and Penelope, six, with her husband, as well as three-year-old daughter Felicity. She has said it was her desire to be a mum that fuelled her desire to overcome her anorexia

‘You’re tracking your chart and your temperature. My husband works away a lot so we had to make the most of our time together.’⠀

Revealing she gained six stone while carrying her twins, Christine said: ‘I got to the point were I couldn’t physically carry them anymore.

‘I gained 6 stone which I’m quite proud of because I never thought I’d be able to do that. It’s amazing, absolutely amazing and the twins were born normal size.’

Christine was diagnosed with autism aged 33.

As part of a documentary about her three children’s autism diagnoses, Christine and Paddy decided to take a test measuring different autistic traits. She scored way above average, a result she said was not surprising to her. 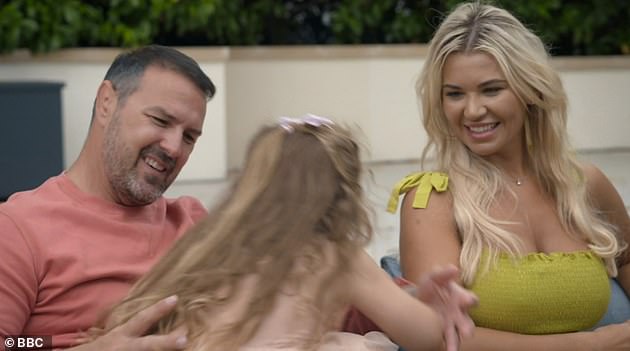 Inspiration: Christine was diagnosed with autism aged 33. As part of a documentary about her three children’s autism diagnoses, Christine and Paddy decided to take a test measuring different autistic traits

The model told Sky News she has since recognised traits in herself which match with her diagnosis, revealing. ‘I really struggled to fit in. I became quite reclusive – in my 20s I stayed in, stayed at home pretty much for around eight years.’

‘Food was always a big issue. Sensory things around food – the taste, the smell, the texture.’

‘Being in busy places, going out shopping, events, everything. I always found it really overwhelming.’

If you’re worried about your own or someone else’s health, you can contact Beat, the UK’s eating disorder charity, on 0808 801 0677 or beateatingdisorders.org.uk

‘An ultra-processed food loaded with artificial ingredients’: The dangers of a Cup-A-Soup diet

Kate Llewellyn-Waters – author of ‘The Immunity Cookbook’ and resident nutritionist in Channel 5’s ‘You Are What You Eat’ looks at the nutritional value of Cup-A-Soup:

The cup-a-soup that Christine was consuming every other day is an ultra-processed food loaded with artificial ingredients, such as glucose syrup, monosodium glutamate, and disodium 5′- ribonucleotides.

The soup also lists an emulsifier, known as mono- and diglycerides of fatty acids, which contain trans fat. In several countries, including Denmark, Austria and Switzerland, trans fats have been banned due to the increased risk of numerous diseases, including heart disease, stroke and diabetes. Whilst the UK government has recommended that food manufacturers reduce the trans fat content of their foods on a voluntary basis, they have yet to be banned in the UK.

The soup is also devoid of essential vitamins and minerals, which we need to perform hundreds of roles in our body, such as converting food into energy, healing wounds, and supporting our immune system.

Consuming just one cup-a-soup a day, Christine would have been deficient in carbohydrates, protein, fat, fibre, as well as all the essential vitamins and minerals.

Energy-wise she was only consuming around 300-350 calories a week, and UK guidelines recommend for the ‘average’ woman 2000 calories a day.

Additionally, she was burning a lot of calories dancing, so, depending on her metabolism and personal requirements, she may actually have needed more than the recommended 2000 calories a day.