The 30-year-old burns survivor lovingly gazed at her newborn boy Hakavai as her partner Michael Hoskin smiled at the camera.

Taking to Instagram on December 25, the happy Australian family-of-three shared the intimate picture as they celebrate their first Christmas together.

Her latest social media post comes just weeks after she revealed the couple were staying out of the spotlight to spend quality time with their bundle of joy.

Last week, the first-time mother spoke out about the struggles of breastfeeding.

But the author captioned the photo in true Turia-style with a little tongue-in-cheek.

‘There’s a couple of major perks to breastfeeding,’ the motivational speaker said, alongside a photo of her in a low-cut white singlet.

‘I actually found breastfeeding really hard at the beginning.’

‘But then I realised it was the first time I’d ever breastfeed and it was Hakavai’s first time too and the first time you try anything new you’re not going to be an expert at it! We’re not experts (yet) but we’re definitely getting the hang of it.’ 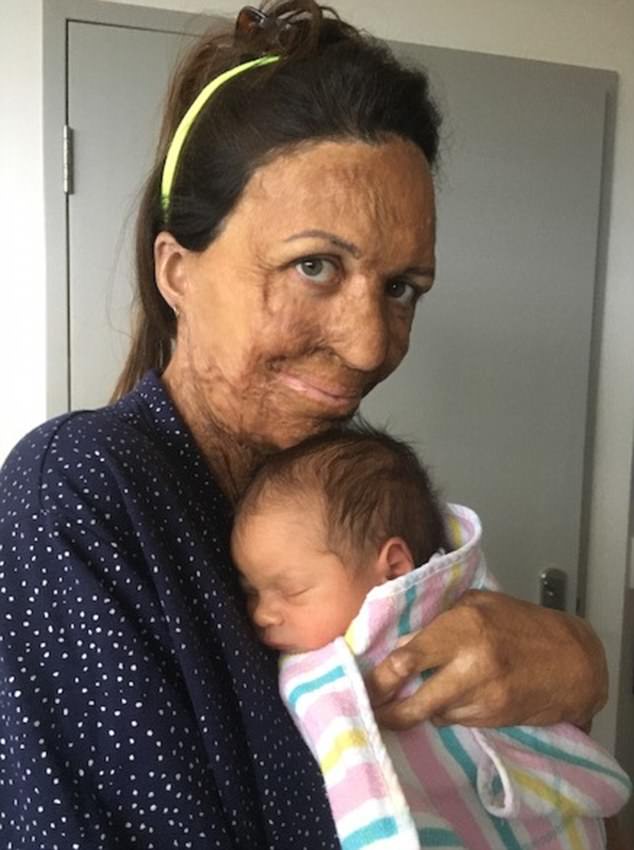 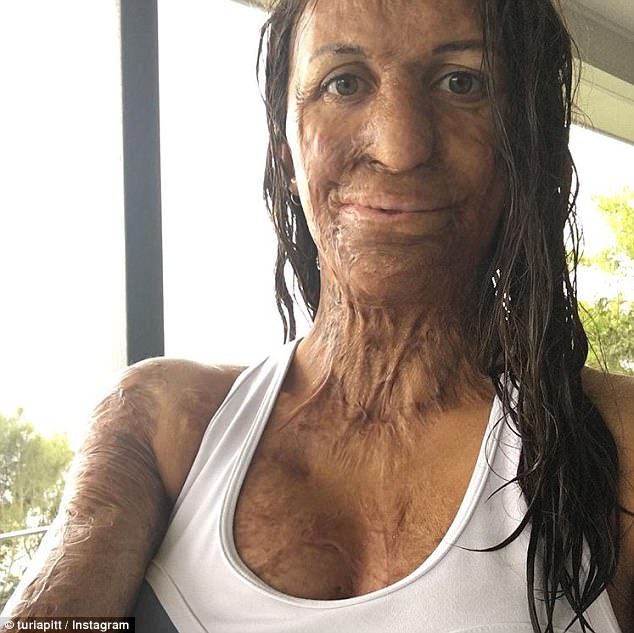 The new mother and her fiancé Michael Hoskin have been ‘blown away’ by the support and love since welcoming their baby boy into the world last week.

‘We are totally wrapped up in this epic little newborn bubble – where we’re happy to stay for a while,’ the new mum wrote in her weekly newsletter.

‘Michael and I have been BLOWN AWAY by all the support and love we’ve received since Hakavai arrived’. 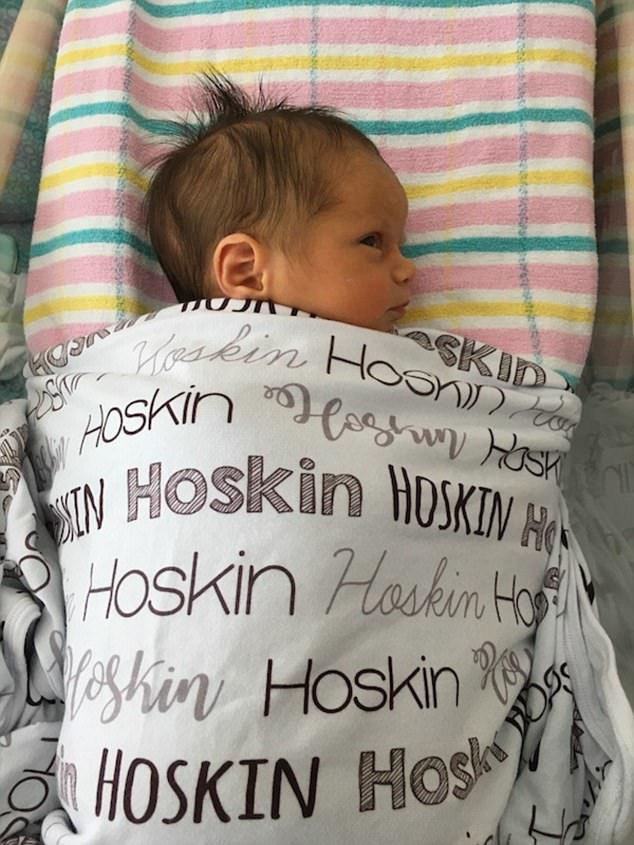 The proud parents shared the exciting news of the birth last Friday showing off their bundle of joy on social media.

‘We’ll be in this little newborn bubble for a few weeks but we wanted to pop our heads out for a moment to share the news directly with you,’ Turia said.

‘We are totally in love, and just so stoked!’

The baby announcement came just days after Turia – who suffered burns to 65 per cent of her body – posted a picture on Instagram with the caption: ‘We’re frothing to meet you Baby Hoskin!’

On her blog, the motivational speaker revealed that she wasn’t nervous about the birth of her first child. 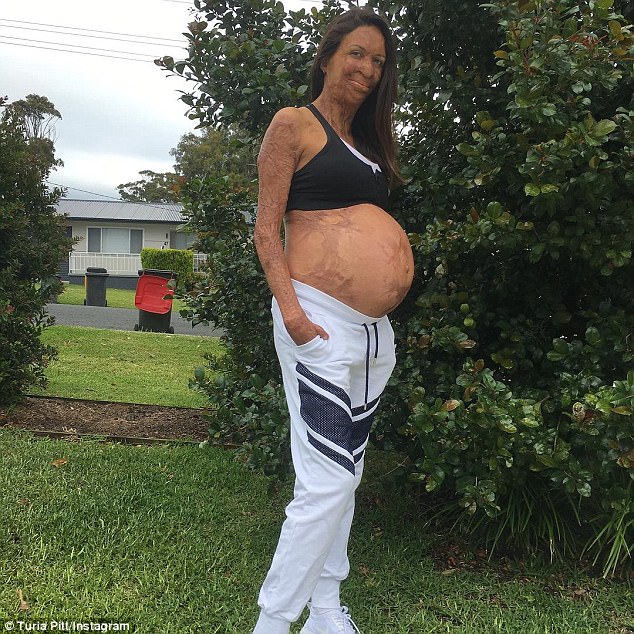 ‘Of course, with any big change approaching, there’s a certain element of uncertainty,’ she said.

‘And when you know that you’re going to experience pain, that can be pretty scary,’ she added. ‘But I’m not looking at it that way.’

The author said she was going to apply the same technique to every major surgery she had since the fire in 2011 to the birthing process.

‘I write a list of all the bad things that could happen – it’s going to hurt, I don’t know if I can do it, what if I can’t handle the pain,’ she said.

‘Then I write a list of all the good things – how grateful I am to still be here, to have a beautiful partner like Michael, and to get to experience this.

Last month, the Australian athlete revealed the gentle workout pregnancy regime she was doing to keep herself active leading up to her childbirth.

‘I’m definitely not in full, intense-o Ironman training mode, but I am still exercising daily,’ she said.

‘I go to Pilates two to three times a week, introduced more yoga to my routine and try to either walk or swim every day.

‘I kind of think giving birth is a bit like a marathon in that the stronger and fitter I am going into it, the easier I think I’ll find it (and the quicker I’ll recover from it too).’

Speaking to Daily Mail Australia in October, Turia said she already knew the kind of parent she wanted to be before her little man arrives. 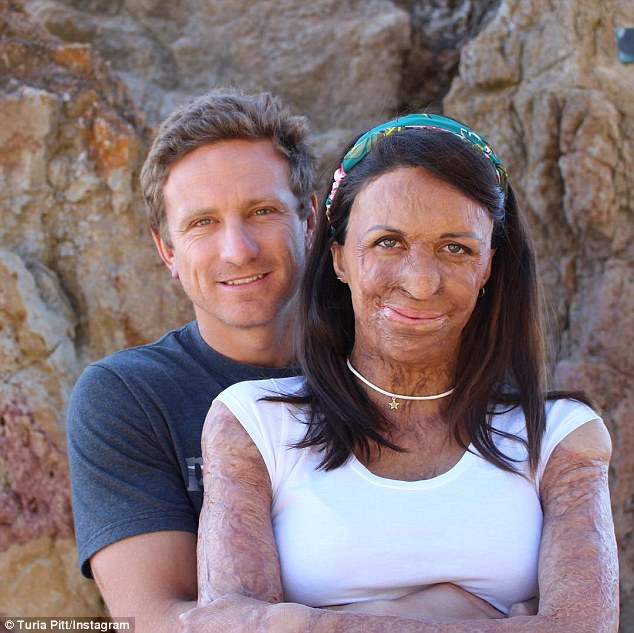 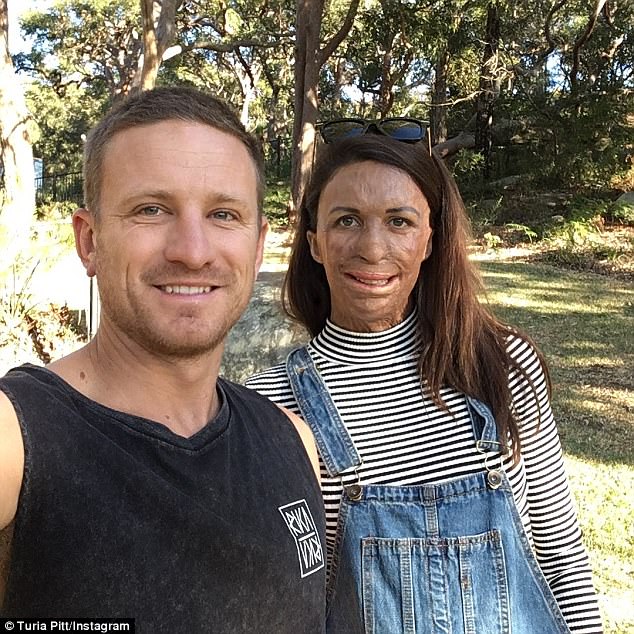 She said she was determined to raise her son with the same relaxed, laid-back lifestyle she had growing up on the NSW south coast

She said she was determined to raise her son with the same relaxed, laid-back lifestyle she had growing up on the NSW south coast.

‘We [Michael and I] both love being outside and keeping active. We’ll be down at the beach with him all the time.’

She spoke fondly of Michael who has been a devoted partner throughout the pregnancy – and the painful rehabilitation after she was trapped in a raging bush fire six years ago during an ultramarathon in Western Australia’s Kimberley.

‘Nothing has been difficult,’ she told FEMAIL.

‘He’s been awesome as usual – really supportive and he’s frothing. He can’t wait.’