Christmas Day is forecast to be perfect holiday weather across most of the country but Australians are being urged to enjoy it while it’s here, with the New Year set to bring a scorching heatwave.

After a year of record rainfalls and flooding in 2022, La Niña looks to be on the way out – replaced with hot and dry weather that could bring a sting to the tail end of summer, according to the Bureau of Meteorology.

‘Much of the country is looking at stable and fine conditions over the Christmas period with long stretches of warm, sunny weather,’ Mr Narramore told Channel 9.

Boxing Day is set to usher in warmer weather with a heat wave hitting parts of SA, Victoria and WA (pictured) 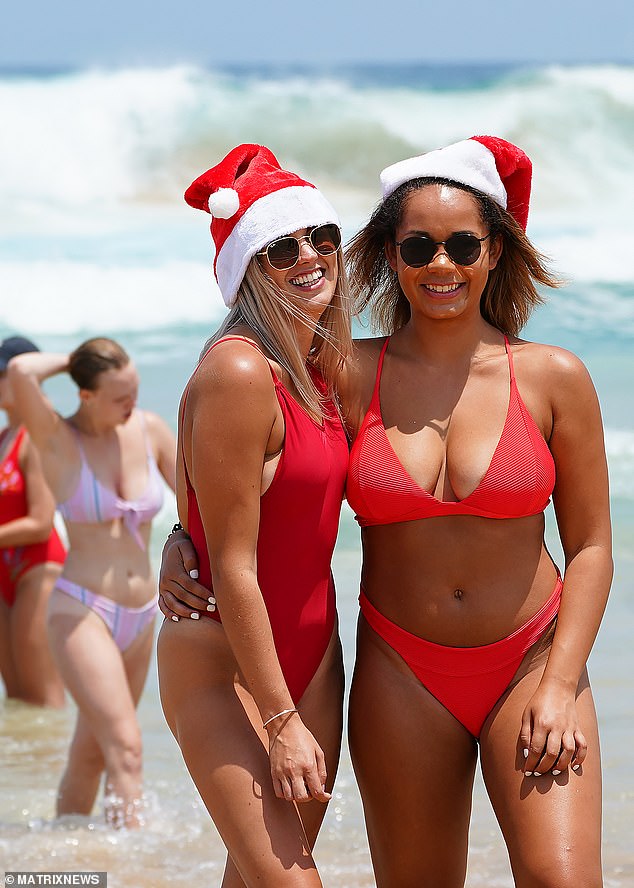 Summer is finally here with Christmas Day looking like perfect weather in most capital cities and La Niña on the way out, according to the Bureau of Meteorology (pictured: Bondi)

‘It should be sunny and beautiful across southern Australia – ‘sensational’, some would say – but we’re going to see that heat building from the first day of the Boxing Day test.’

The weather in Australia’s south-east is expected to improve for Christmas Eve and Christmas Day after a line of thunderstorms passes through Sydney, Canberra and Melbourne on Thursday.

Weatherzone agrees the cold snap that hit southern Australia this week is set for a sharp turnaround with ‘several days of very hot weather set to sweep over SA, Victoria and Tasmania just after Christmas’.

According to the Bureau’s climate driver update, La Niña ‘shows signs of declining in strength’ and could fade entirely in January.

The Bureau also upgraded Severe Tropical Cyclone Darian near the Cocos Island in the Indian Ocean north-west of Australia to a category 5 on Wednesday – the earliest category 5 cyclone in Australian waters since 2009 and a sign of warm ocean temperatures.

Winds gusts are reaching up to 285km/h though the system is far off Australia’s north-west coast and won’t reach the mainland. 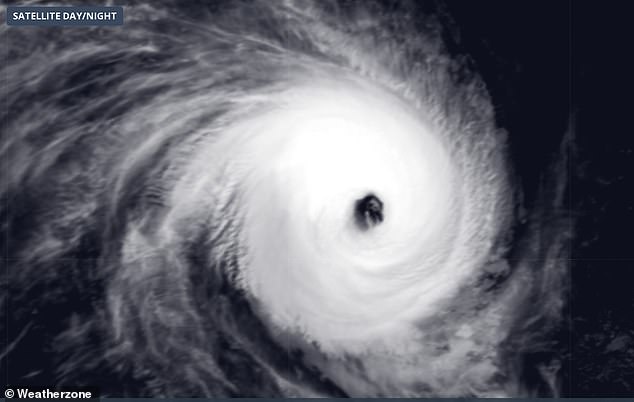 ‘On Christmas, the wettest part of the country will be the Northern Territory and north Queensland who are in for widespread showers and thunderstorms… pretty typical for this time of the year,’ Mr Narramore said.

Conditions for this year’s Sydney to Hobart suggest it shapes up as a fast race, with fine weather and favourable northerly breezes for the big yachts but which might hurt the handicap hopes of those at the smaller end of the fleet.

The Christmas Day forecast for Sydney will be mostly sunny with a maximum of 28C and light winds later in the day, the Bureau said.

Canberra will be warm to hot and sunny with a maximum of 30C with light to moderate winds.

Melbourne will be sunny with a maximum of 29C with light to moderate winds.

Adelaide will be sunny with a maximum of 30C with light to moderate winds though the temperature could soar as high as 38C on Boxing Day. 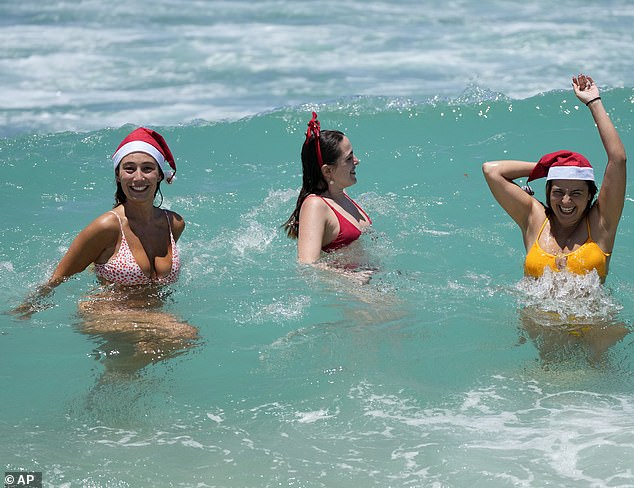 Despite a cold and rainy snap earlier in the week Sydney, Brisbane and Melbourne should see perfect holiday weather on the weekend

Western Australia will see a hot Christmas Day but heatwave conditions earlier in the week should ease.

Perth will be sunny with a maximum of 30C with some light winds in the afternoon – a relief from 36C forecast for Friday.

Northern Territory will see widespread showers and thunderstorms across much of the state on Christmas Day, including Darwin.

Queensland is forecast to see showers and thunderstorms inland and in the tropical north, while in the south-east of the state residents will experience a cloudy but warm and mostly dry Christmas Day.

Brisbane will be partly cloudy with a maximum of 31C and a possible shower.

Tasmania will be mostly cool with increasing cloud cover and showers, particularly through west and south parts of the state. Hobart will be partly cloudy with possible late showers and light to moderate winds with a maximum of 21C.

FOUR-DAY WEATHER FORECAST IN YOUR CITY