Christmas… it’s an exciting time for family, friends and even pets!

Animal lovers from around the world have dressed their furry friends in adorable festive costumes to celebrate the silly season.

And pets are getting their paws on their own presents too, with some tearing the wrapping paper into shreds to unveil their new toys.

Here, Femail rounds up some of the best photographs of pets celebrating Christmas – and it’s enough to prove that animals can get into the holiday spirit too.

Say cheese! Four adorable doodles pose in front of the Christmas trees with their bow ties 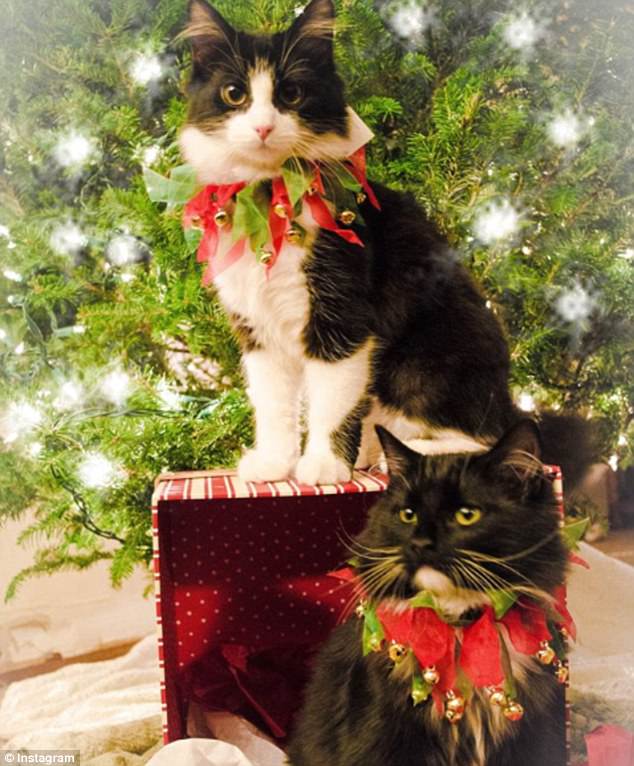 Meowy Christmas! Two feline have their holiday snaps taken in their green and red collar bells 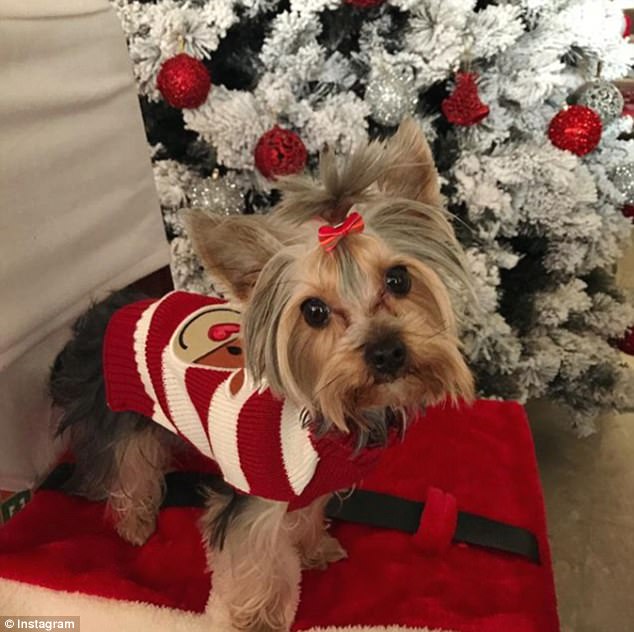 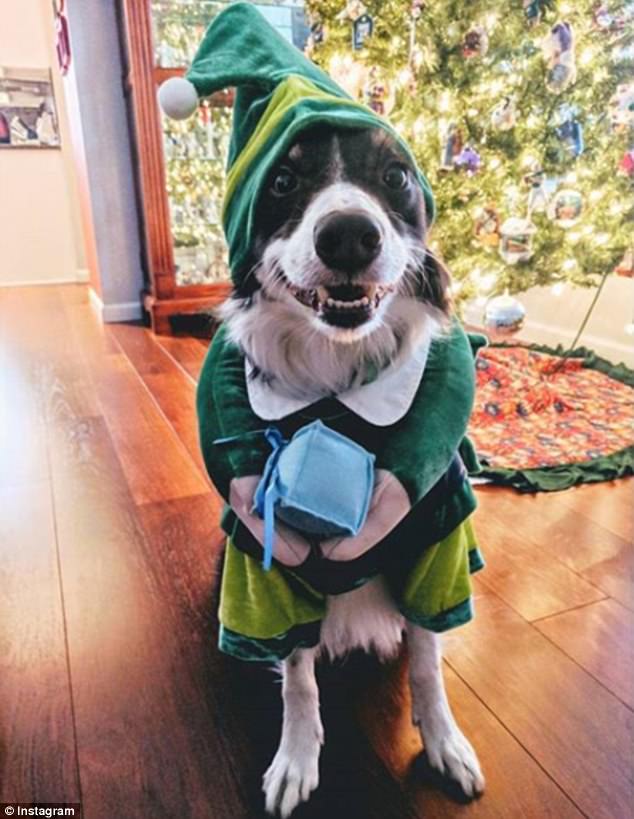 Merry ELFmas! Tripp the border collie dog dressing as an elf for the special occasion 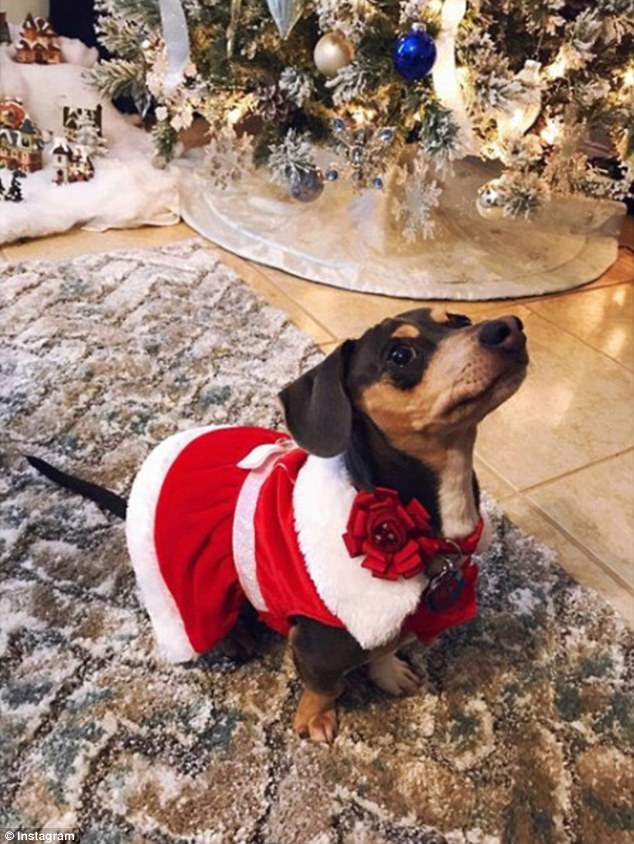 Dachsund through the snow! Lily the dog patiently waiting for her Christmas presents

From posing in front of a Christmas tree to dressing in red and green, the holiday snaps of dogs, cats, guinea pigs, rabbits and even bearded dragons are endless.

Animal lovers played dress ups with their pets – and the results are nothing short of adorable.

Standing around the tree, four labradoodles wore their festive bow ties, along with a Santa hat, reindeer antler and Christmas head pieces.

Smiling for the cameras, Tripp the border collie dog dressed from head to toe as an elf for the special occasion. 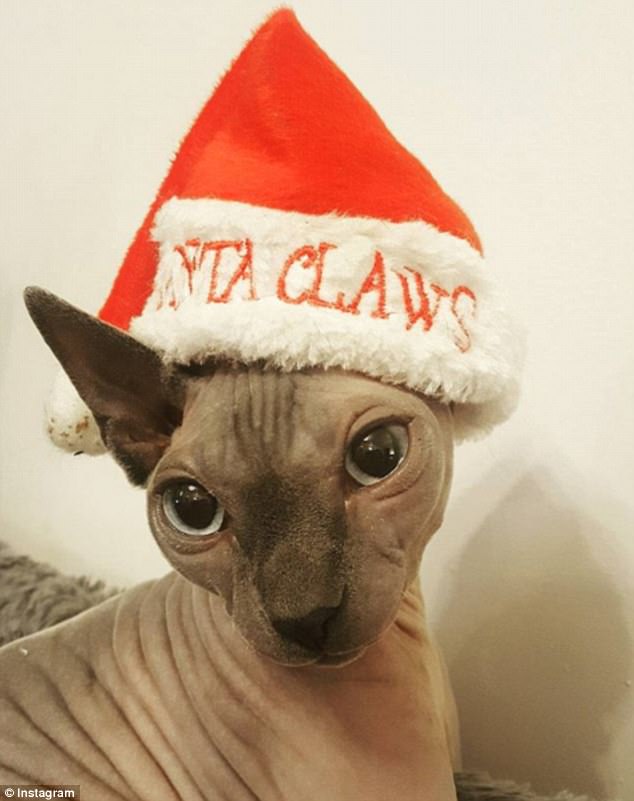 Santa claws is coming to town! A sphynx cat celebrating with a red hat on its head 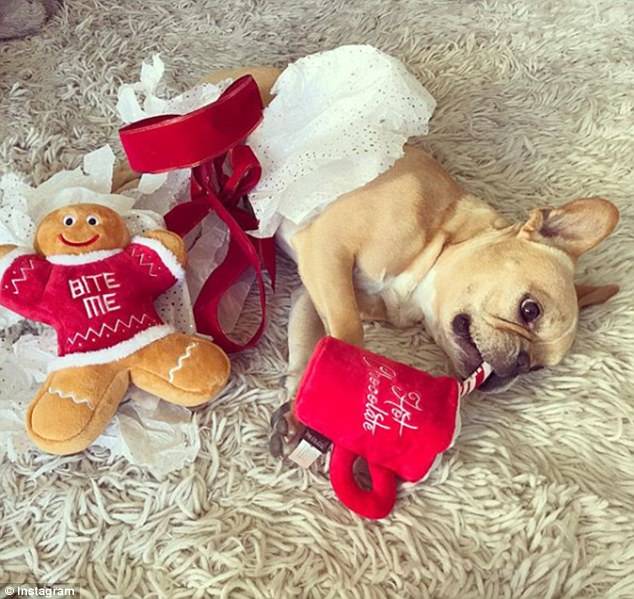 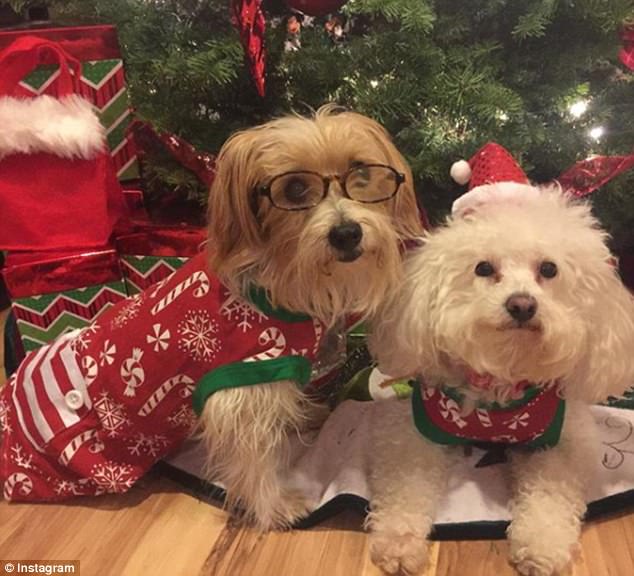 Say cheese! Meeko and Mocha get into the Christmas spirit by wearing their festive jumpers 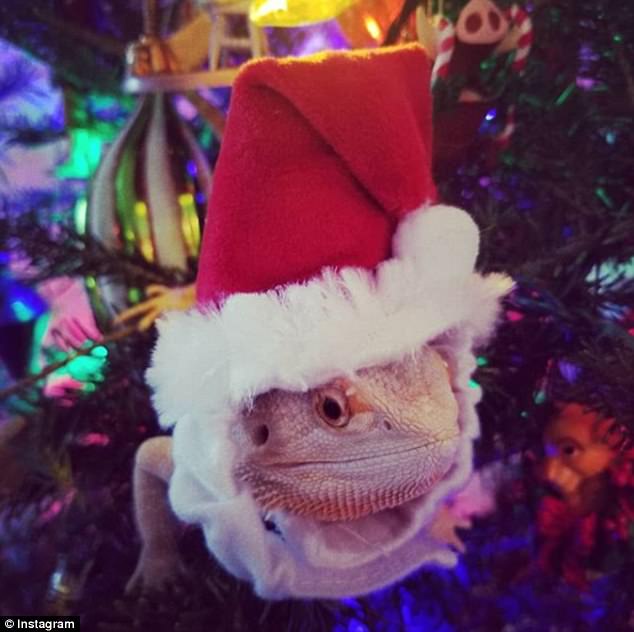 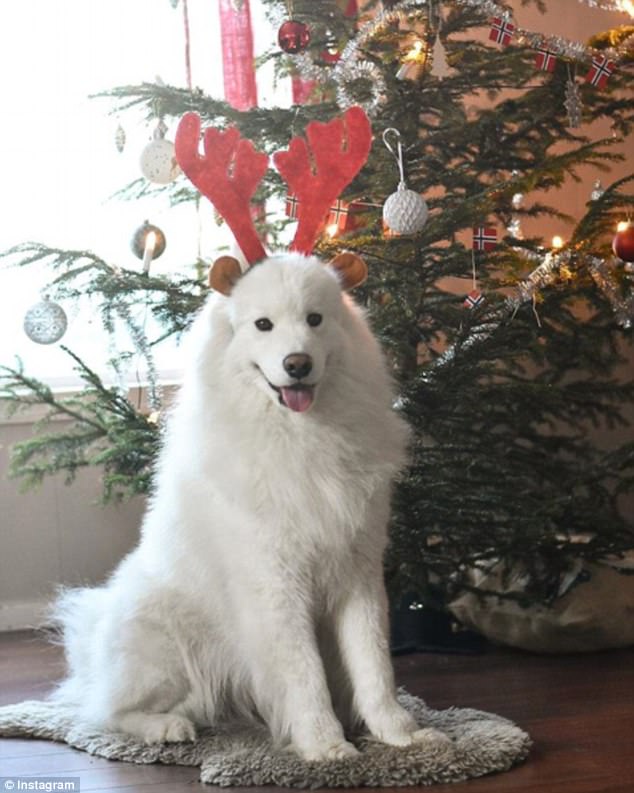 Missing the red nose but do you think I would fit right in with Santa’s reindeer? Kaizer the samoyed dog posing in front of the Christmas tree

Cats also enjoyed the the meowy Christmas, with its owners dressing them in knitted wool sweaters and collar bells.

An owner dressed their bearded dragon with a Santa hat while a pet bunny rabbit was also spotted embracing the holiday spirit.

Meanwhile, a group of 11 dogs appeared far from impressed after their owner dressed them in festive costumes.

‘Okay, so these guys were not excited to play dress up for Christmas but they gave it their best shot #santapaws, #packofdogs, #theyhateme,’ the owner wrote. 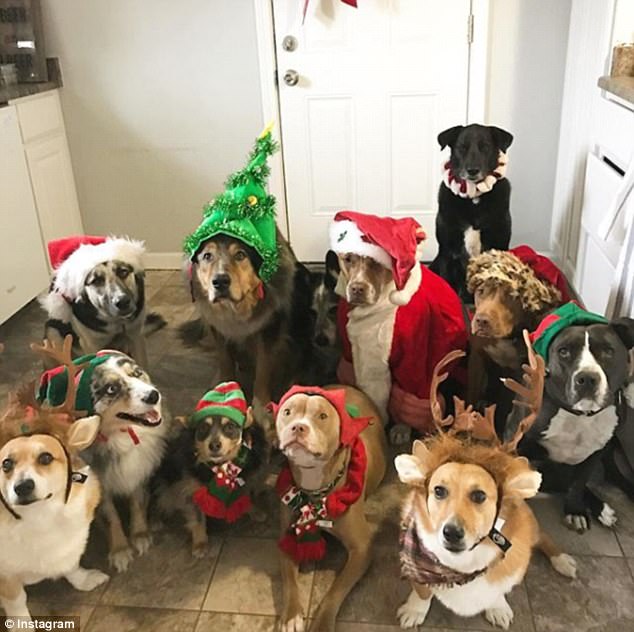 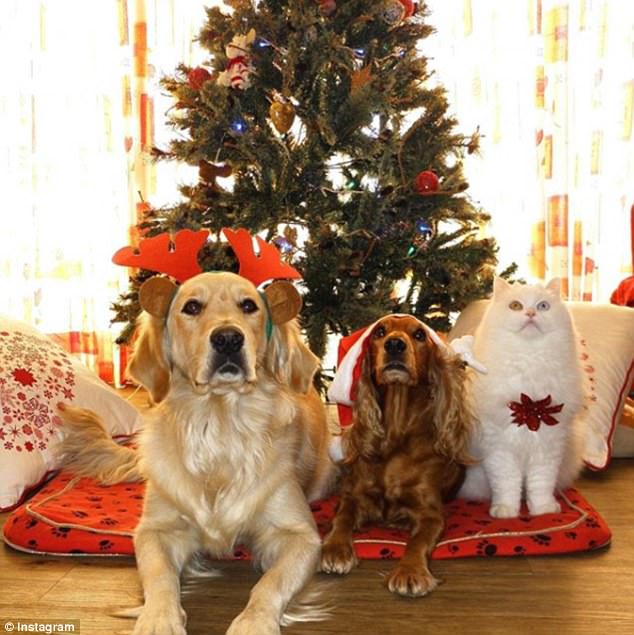 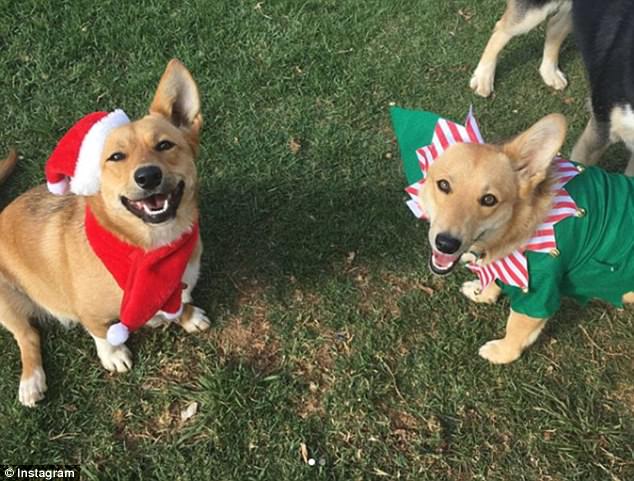 ‘Tis the season to be jolly! Owners dressed their furry friends in adorable Christmas outfits 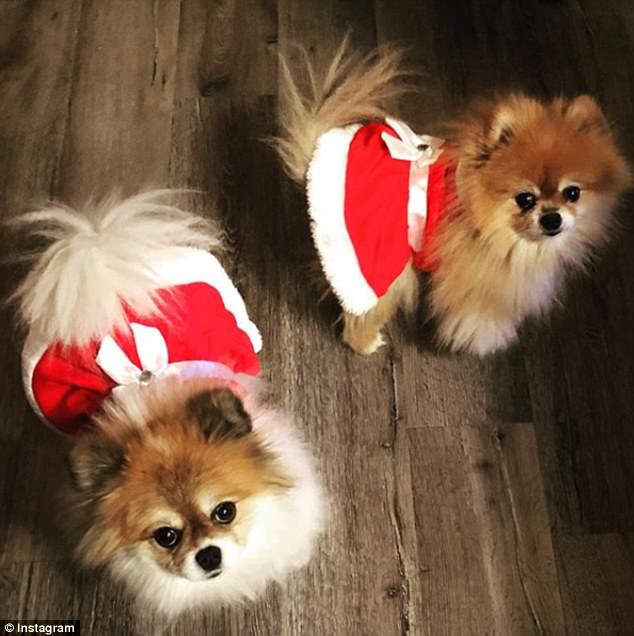 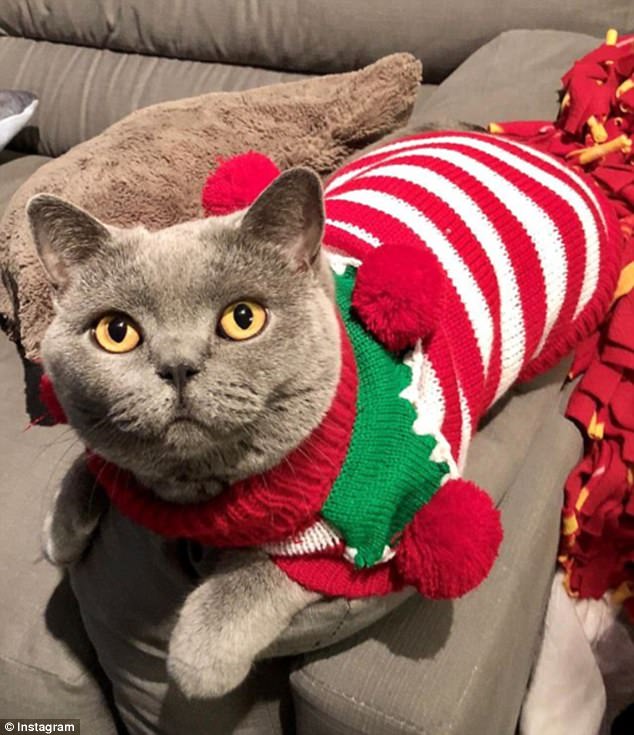 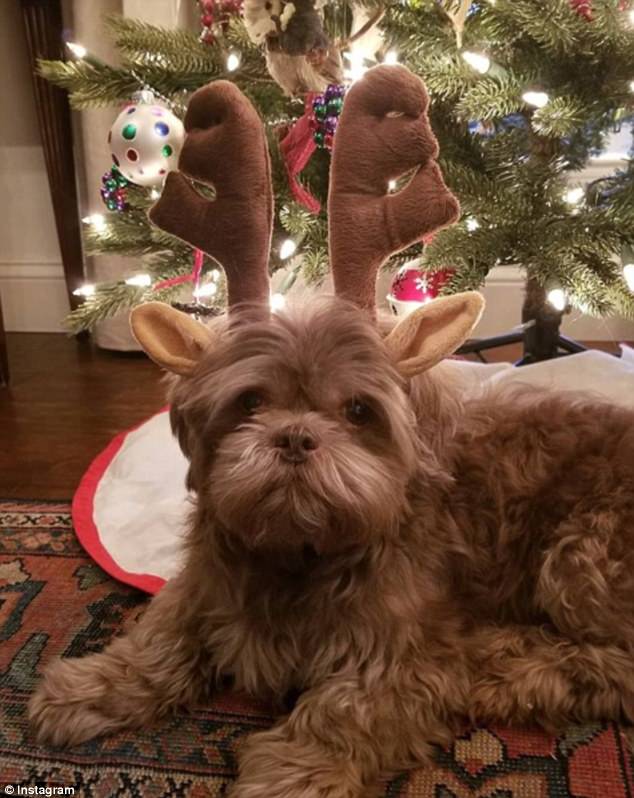