A two-foot statue of notable explorer, Christopher Columbus, was destroyed in a Yonkers park Saturday evening.

The remnants of the plaster, bronze-colored statue were found this week in Columbus Memorial Park, knocked off its pedestal and split in two pieces.

The front of Columbus was found at the pedestal’s base, while the back was discovered on a nearby hill.

This isn’t the first time the Christopher Columbus statue has been vandalized. 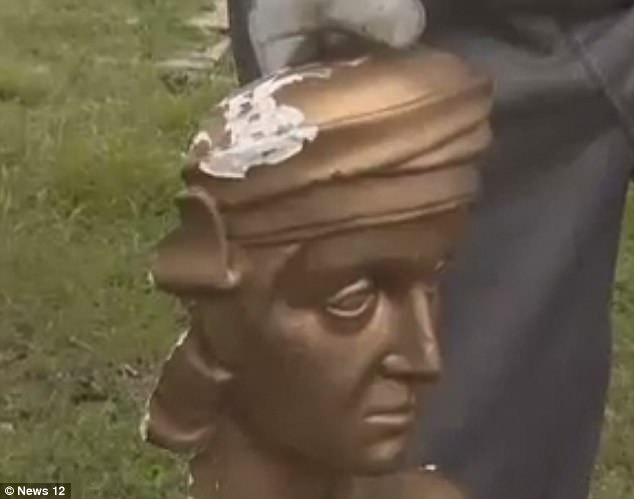 The plaster, bronze-colored statue was knocked off its pedestal and split in two pieces

It has been vandalized at least twice before with the original bronze statue stolen 12 years ago, according to News 12 Westchester.

‘It’s very upsetting that American values have sunken to the level they are today,’ Pat Gamberdella, who called the police when he saw the destroyed statue told NBC New York.

But they still plan to conduct a thorough investigation of the incident.

Communities across the country are facing pressure to remove controversial monuments such as the statue of Confederate General Robert E. Lee in Charlottesville where white nationalists and counter-protesters had a violent confrontation this month.

There has even been a push in New York City to remove the Columbus Circle statue in light of his association with the oppression of Native Americans, according to NBC New York. 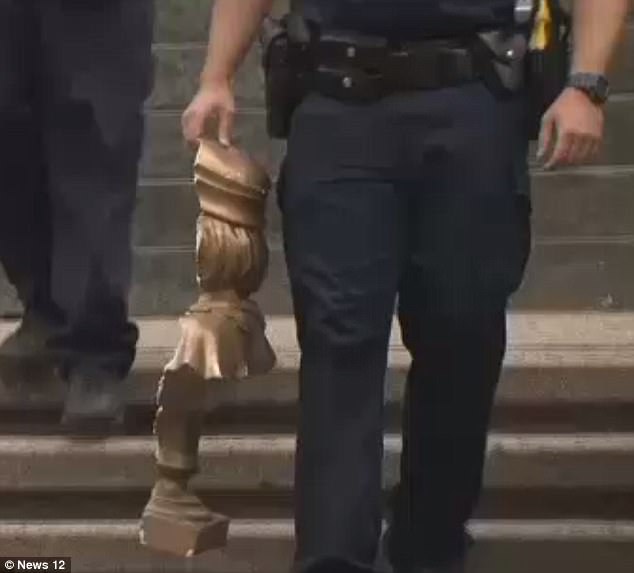 The front of Columbus was found at the pedestal’s base, while the back was discovered on a nearby hill

But regardless of political views, Yonkers residents don’t think it’s right to destroy a statue of a figure because you don’t agree with their actions.

‘We can’t just desecrate a monument to them just because you don’t like what they did,’ Pat told NBC New York.

One woman believes the statue should have been removed but not by vandals.

‘I think it should be taken down, but I don’t think going about it and defacing it is the way to do it,’ Chantel Cleckley told NBC New York.

‘That just makes the other side angry.’ 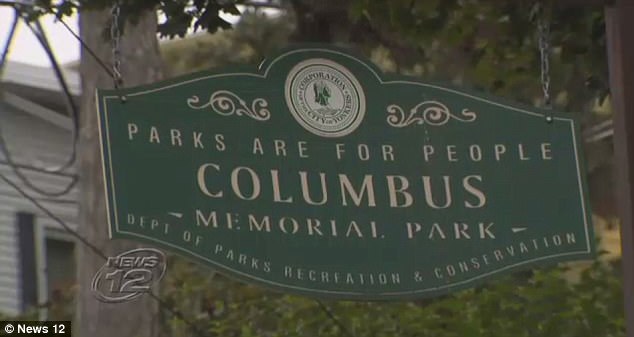 This isn’t the first time the statue has been vandalized. It has been destroyed at least twice before and the original was stolen 12 years ago 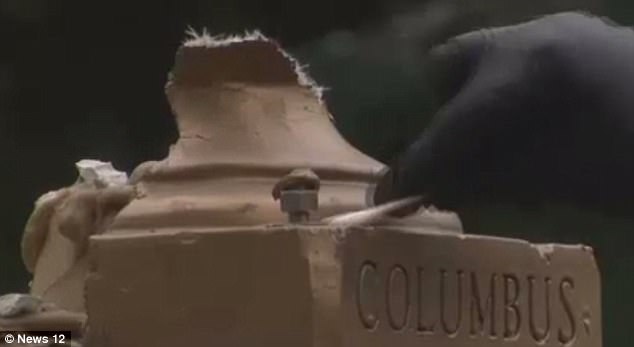