Christopher Stevens on the weekend’s TV: like being force-fed custard slices, it’ll leave you queasy

The Fantastical Factory Of Curious Craft

On the top floor of Channel 4 Towers, accessible only by the gleaming aluminium executive lift, there is a room where (probably) all the leftovers from the Bake Off tent are brought.

Commissioning editors and senior producers gather there to gorge on strawberry cream sponges and marzipan carrot cakes. The higher their sugar levels, the more frantic their schemes for new shows.

Chief exec Alex Mahon must have scoffed an entire Black Forest Gateau, while her minions devoured pyramids of triple-choc profiteroles and platefuls of petit fois, on the day they dreamed up The Fantastical Factory Of Curious Craft (C4). 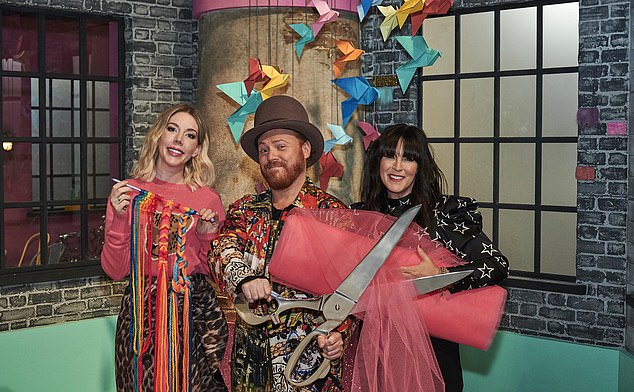 While the basic recipe of The Fantastical Factory Of Curious Craft, hosted by Keith Lemon (middle), is workable, it is also uninspired

Hosted by Keith Lemon in pyjamas and an outsize bowler hat, this horrendous offering is not so much a new TV format as an episode of manic delirium captured on videotape. By the end of the first hour, I was feeling dizzy and queasy, as if I’d been force-fed a tray of custard slices.

The basic recipe is workable, if uninspired. Four crafting enthusiasts display their best work, in the studio. One is eliminated and the other three compete in a challenge set by a celebrity.

But the big mistake was to make this a contest against the clock. The crafters have just four hours to make a masterpiece, which not only ensures shoddy results but goes against the whole ethos of the hobby.

Crafting is about skill, patience and perfectionism, not bodges and panicky fumbles. There was no pleasure in seeing nervous Sam, who had sculpted a phoenix from a block of wood with an axe, snap his model in two with just 90 seconds to go and hastily gum it together with superglue.

Realising the format didn’t work, the hyperactive execs hurled fistfuls of additional ideas at it. Comedian Keith was cast as ‘the factory owner’, a sort of Willy Wonka from the reject bin. 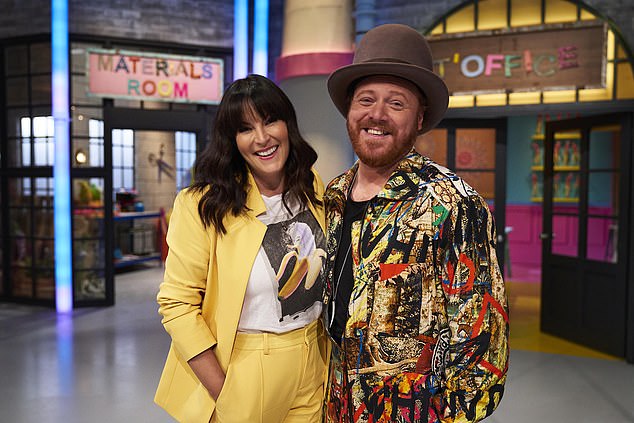 In his pyjamas, Lemon (right) is cast as the factory owner but can be interpreted as sort of a Willy Wonka from the reject bin

Because he clearly didn’t have a clue what he was supposed to be doing, Anna Richardson was hired to provide some competence.

That pairing had no charisma (they barely looked at each other, let alone spoke) so two additional judges were drafted in. Inevitably, one had a silly accent. Then a woman claiming to be Keith’s mum turned up, dressed as a tea lady.

The final misjudgement was to force the loser, a taxidermist called Jayne, to throw her creation into a mincing machine for ‘recycling’. It was a Phenomenal Flop Of Preposterous Proportions.

Explorer Levison Wood had a better plan for his trek across Botswana, in Walking With Elephants (C4). He intended to seek out a migrating herd and follow them, to see their journey first-hand. Unfortunately, the elephants didn’t want to have anything to do with him.

When he found a family of females, led by a matriarch with her daughters and nieces, plus a couple of calves, Levison seemed genuinely thrilled. 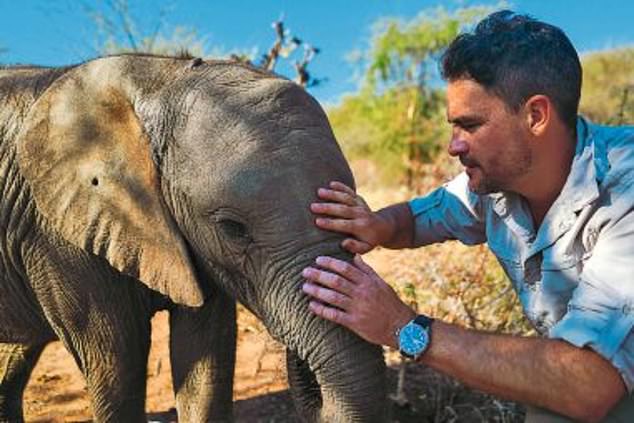 Levison Wood (right) sought a migrating herd of elephants across Botswana, but the elephants didn’t want to have anything to do with him, and even reacted with fury at one stage

He had helped to bottlefeed three orphaned babies at a rescue centre, and stared in bewildered contempt at the super-rich tourists who pay £3,500 a night to stay in a safari lodge and watch semi-tame elephants at a water-hole.

But the sight of a wild herd, glimpsed through the tangled bush, took his breath away. ‘A flash of grey,’ he breathed, ‘they’re like five-ton ghosts.’

The animals, though, reacted with fear and fury. Levison’s guide dragged him away, as the adults threatened to charge.

The guide, Kane Motswana, said this herd must have seen loved ones slaughtered, probably by poachers. Now they hated all humans.