Means tested tuition fees, extra tax for the NHS and compulsory ‘citizen’s service’ for school leavers: Chuka Umunna sets out his manifesto but insists it is NOT all agreed by the new Independent Group

The 50-page pamphlet sets out a raft of policy ideas which Mr Umunna says are based around six ‘progressive’ values.

The MP for Streatham insisted it was a ‘personal’ manifesto and not one agreed by the new Independent Group – but said the other 10 MPs on the group did back much of the document.

Mr Umunna was appointed ‘spokesman’ for the new group last week but is not yet its formally its leader – despite his role organising the shock defections.

Mr Umunna told the Independent his ideas were based on six key values and principles – ‘unity, reciprocity, work, family and community, democracy and patriotic internationalism’.

He said: ‘Our departure from the status quo parties was in part framed by reference to what we were against and what we disliked both about the policies and the cultures of what we had left.

‘This pamphlet sets out what I think those who subscribe to progressive politics are actually for.’

Mr Umunna said the other members ‘agree with much of what I have written’, but stressed: ‘This pamphlet is written in a personal capacity and deliberately so.’ 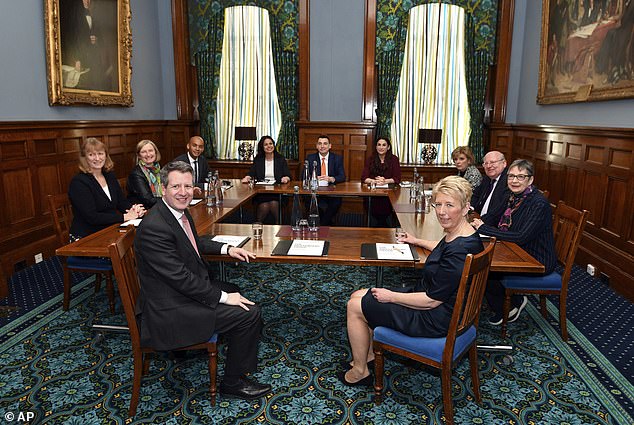 Mr Umunna said: ‘It is time we dump this country’s old-fashioned politics and create a new politics that does justice to who we are today and gives this country a politics fit for the 21st century, not the last one.

‘A politics that looks, listens and learns from ideas and experience elsewhere in the world to better inform the course we take at home.’

In a call for more to join them, Mr Umunna said: ‘The truth is too many progressive people are sitting in parties which, through those parties’ words and deeds, are no longer true to their values.

‘This leads to the inescapable conclusion that our politics needs to be reconfigured to better reflect modern Britain and that it is time for the different progressive political traditions to come together under one roof – a new progressive party.’