A church organist who swerved across a road and ploughed into a traffic sign after falling asleep has blamed Classic FM for the crash.

Rosemary Bryant was driving home from a five-mile stroll around Derwentwater, in the Lake District, when she switched over to the classical musical station.

The mother-of-four, 55, has had her hopes of becoming a church deacon ended after admitting dangerous driving at Carlisle Crown Court.

As she made the 34-mile trip back to her home in Port Carlisle, where she had recently moved with her husband, Eric, she wound down the windows and tuned into Radio 4 to help keep her awake.

However, according to the Telegraph, prosectuor Beccy McGregor told the court she then made the mistake of closing the windows and putting Classic on prior to the June 28 smash.

‘She knows Classic FM is the type of music that would normally send her to sleep,’ Ms McGregor said.

Bryant had only nodded off for a couple of seconds, but that was enough to send her smashing into the sign at 30mph and writing off her Vauxhall Corsa. 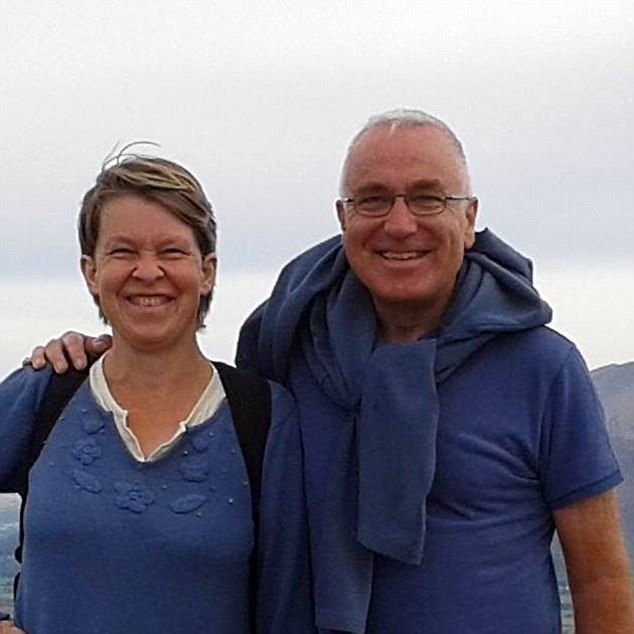 Bryant was driving back to her home in Port Carlisle, where she had recently moved with her husband, Eric (pictured together)

Her defence lawyer, Mark Shepherd, said she would be unlikely to drive again because of hugely increased insurance costs.

‘Life is going to be very difficult for her,’ he added.

Judge Peter Hughes QC said: ‘You could so easily have crossed the road into the path of oncoming cars, and the consequences could have been horrendous – not just for you personally but for any occupants of the car that collided with you.’

She was handed 80 hours’ unpaid work, a year-long driving ban and must take an extended driving test.