A Florida church has reopened its doors for the first time after President Donald Trump declared houses of worship to be essential and asked governors to reopen them.

Faith Assembly of God in Orlando was open once again for worshippers after being closed for seven weeks.

The church said that is had put safety measures in place to prevent the spread of COVID-19.

Pastor Carl Stephens said it was beyond time to reopen the Florida church’s doors and welcome back the people he had missed seeing in pews. 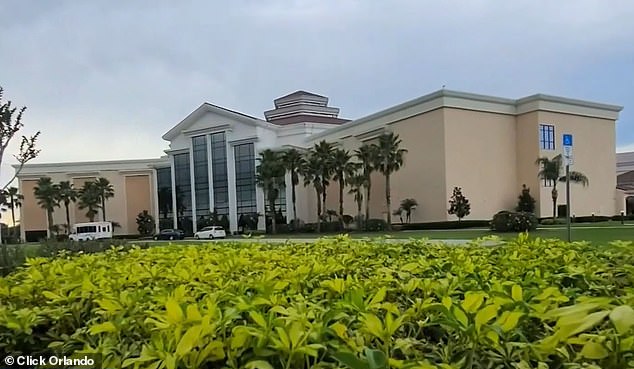 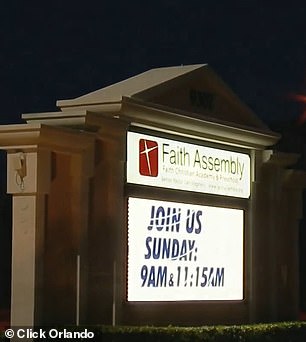 Pastor Carl Stephens said it was beyond time to reopen the church’s doors and welcome the people he has missed seeing in pews.

‘It’s been the longest seven weeks of my life, feels like anyway,’ Pastor Carl Stephens  said to ClickOrlando.

Over the last two months, the pastor delivered his sermons online.

‘We’ve preached to a camera knowing that there are literally thousands of people listening and watching the service,’ Stephens said. 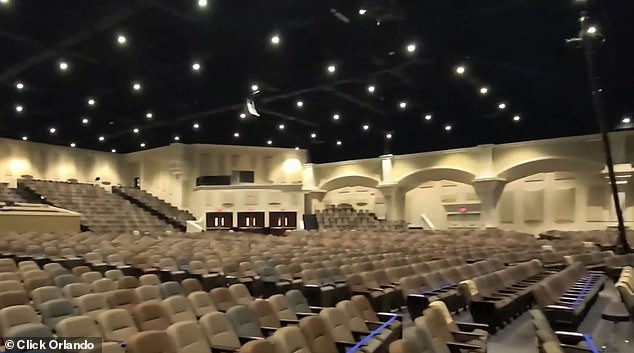 ‘We really prayed about it we really felt good about it so then today the president comes out says to all the different governor’s churches are essential, which all pastors know that anyway,’ Stephens said.

‘That really was another ‘okay this is a good weekend to start”, Stephens said of Trump’s approval.

In preparation for the arrival of worshippers, the church will had signs and markers placed throughout to remind the congregation to keep social distancing and avoid physical contact. 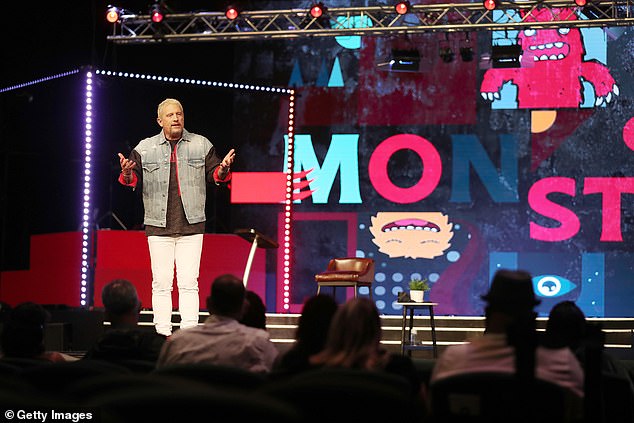 Pastor Troy Gramling leads the congregation in prayer at Potential Church after it opened on Sunday, in Cooper City, Florida 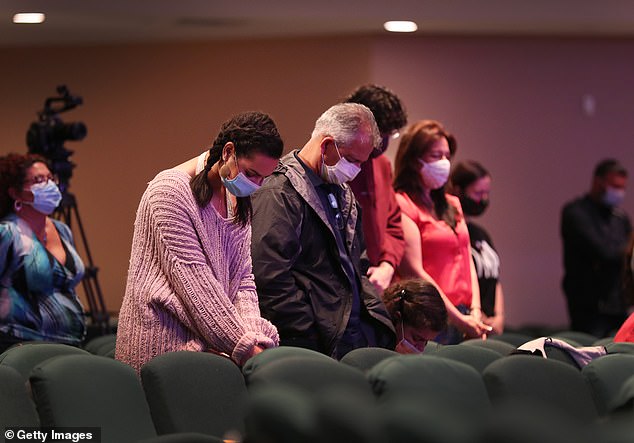 Parishioners pray together at Potential Church. The church reopened it’s doors to a select group of people with safety measures in place

‘We have commercial disinfectant equipment that they are going to be disinfecting they whole building before the service then in between our services,’ Stephens said.

‘Those that are not quite ready we’ve told them please, you do what you feel comfortable with,’ he told 6News.

Tension over when and how to reopen houses of worship has varied depending on the state, as different areas set their own pace for easing pandemic stay-at-home orders.

While many announced they would resume in-person services next Sunday on Pentecost, others joined Stephens today in returning to their places of worship. 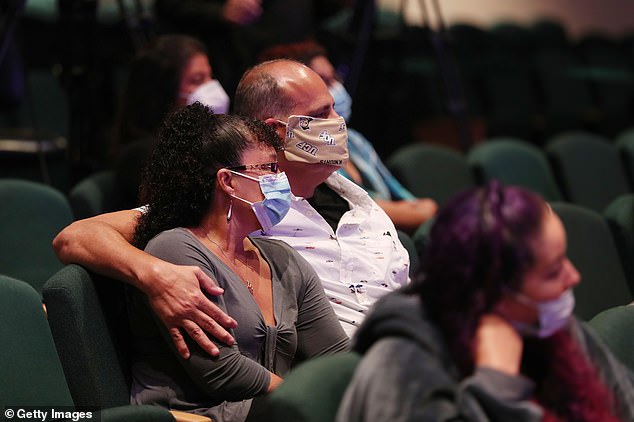 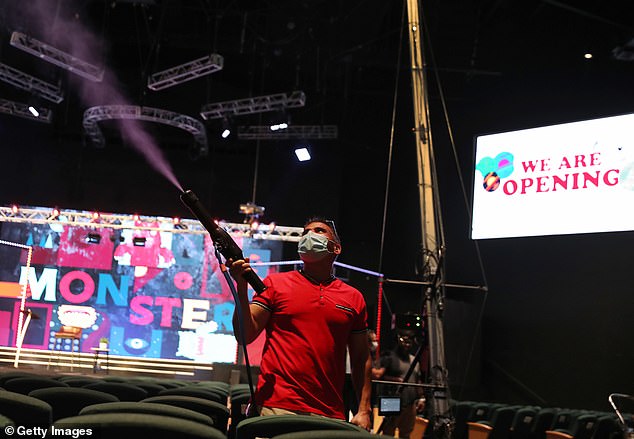 The church announced its plans on its website May 19, along with an extensive list of precautions, including urging members over 65 or those with immune system vulnerabilities to consider viewing the service online.

‘We´re doing our best to follow what the government has asked us to do. But we also want to be able to try and have services so this is probably how it’s going to be looking for at least a few weeks,’ Tad Wychopen II, the assistant pastor, told the attendees.

During his message Senior Pastor R. David Harris also emphasized the cautious approach. ‘Church gathering is important but at this point there’s still health issues and we still don’t know where things are going,’ he said. 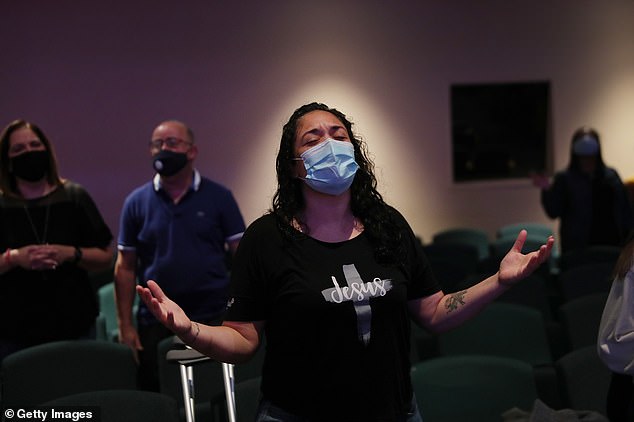 Stephanie Borge prays with other parishioners after returning to the church 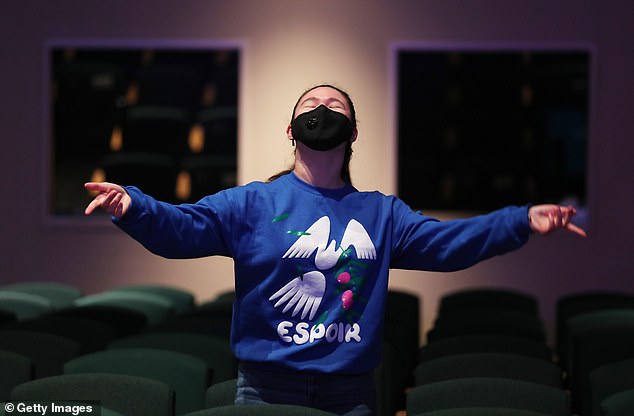 Over the weekend at least one standoff between a governor eased while another intensified.

While the leader of the Catholic Archdiocese of St. Paul and Minneapolis, Archbishop Bernard Hebda, welcomed the change, he said parishes should not open if they don’t feel they can meet safety measures. 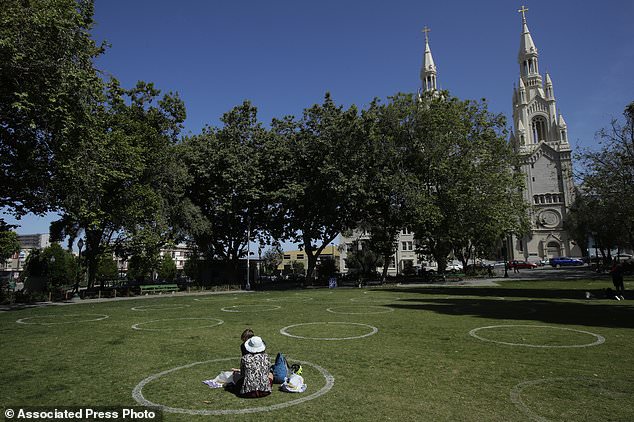 He vowed to provide plans Monday for how religious institutions can reopen.

Many in California had already announced they would violate the state order and hold in-person services next Sunday, on Pentecost.

In Kentucky, for the first time in two months, there was clapping and singing inside In Stithton Baptist Church in Radcliff as members of the congregation returned to the sanctuary for Sunday morning services.

For Stithton Baptist, the reopening wasn’t about restrictions, Trump’s declaration or the release of guidelines by the federal Centers for Disease, Control and Prevention for reopening faith organizations. 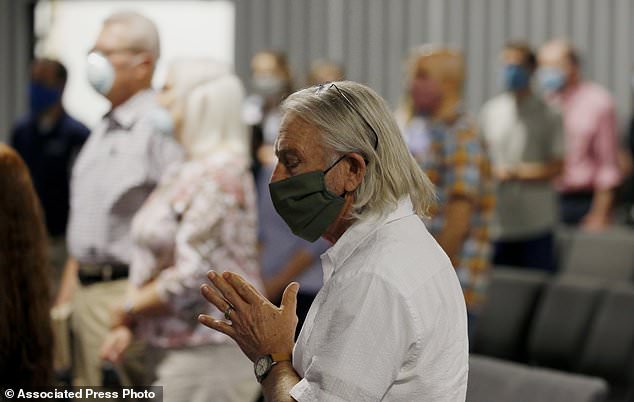 Pastor Denny Pagel prays during a service at Grace Bible Church on Sunday in Tempe, Arizona

On May 8, a federal court halted Kentucky Governor Andy Beshear’s temporary ban on mass gatherings from applying to in-person religious services, clearing the way for Sunday church services, with guidelines.

Pastor Denver Copeland said his congregation has been meeting in the church parking lot for drive-in services since March 29 and hasn’t rushed back, even though his sanctuary space meets the 33% occupancy requirement. ‘We just weren’t ready,’ the pastor said. They made their plans to hold in-person services three weeks ago.

Copeland said Friday´s CDC release of religious guidelines ‘made it all the more legit’ for the timing of their return to in-church services. In a sanctuary which can legally accommodate 1,400, the normal Sunday attendance is 200.

On Sunday, every other pew was marked off to enforce social distancing and individual bags of masks, gloves and hand sanitizer were available at all three entrances that were left open prior to and after the service. 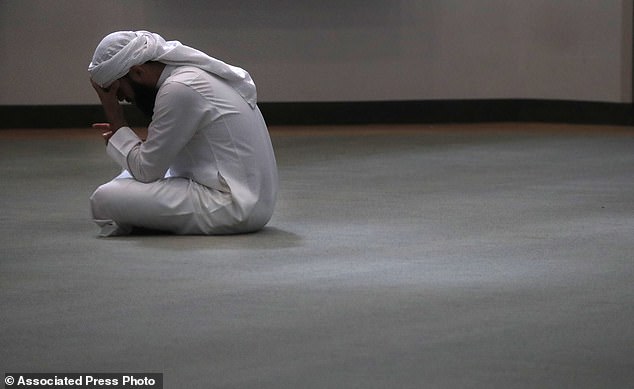 Sitting inside an empty mosque, Morad Awad bows his head during prayer before an Eid al-Fitr celebration in Plano, Texas on Sunday 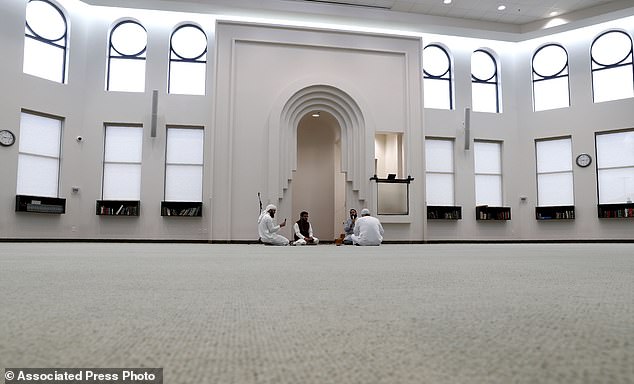 Amid concerns of the spread of COVID-19, a small group prays inside an empty mosque before an Eid al-Fitr celebration. Many Muslims in America are navigating balancing religious and social rituals with concerns over the virus as they look for ways to capture the Eid spirit

Many in the Muslim community took a different path in celebrating the Eid al-Fitr — the feast of breaking the fast — that marks the end of Ramadan, when Muslims abstain from food and drink from sunrise to sunset.

Just like they did during Ramadan, many resorted to at-home worship and relied on technology for online gatherings, sermons and, now, Eid entertainment.

Outside, his mosque organized a drive-through Eid celebration, one of many at mosques around the country, for kids in cars to pick up goody bags while maintaining social distancing. 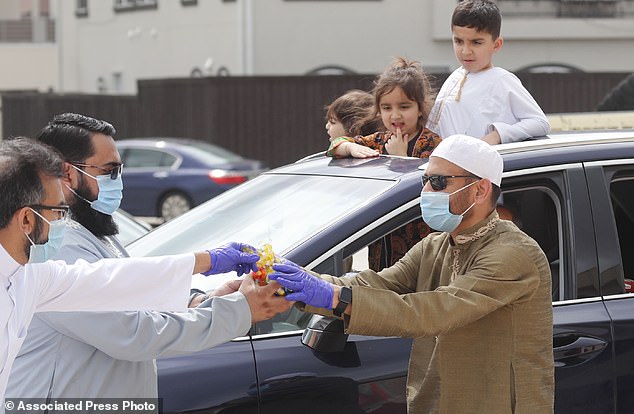