By Mark Branagan and Amelia Wynne For Mailonline

The most senior RAF officer to be captured by the Nazis was condemned to death by Winston Churchill over fears he would reveal D-Day invasion plans after he persuaded them he was a regular airman.

Air Commodore Sir Ronald Ivelaw-Chapman, 45, who had been shot down over France a month before the invasion, was tortured by the Gestapo who he managed to convince of his lower status.

Churchill gave secret orders to the French Resistance to keep him safe at all costs and get him back to the UK if possible. If there was any chance of him falling into German hands he was to be killed.

The air chief, unaware of the order to silence him, was taken to the Gestapo HQ at Chambray, according to the harrowing account of his capture in the files from the National Archives.

The Air Commodore from Surrey – who spent the rest of the war in a prisoner-of-war camp – had worked on Operation Overlord and was one of the only people to know details such as the date and target of the invasion.

The full story has been revealed in files at the National Archives.

Ivelaw-Chapman had been working on D-Day preparations in February 1944 and had been appointed Commander of the Elsham Wolds bomber base in North Lincolnshire.

Even though it was almost ‘unheard of’ for an officer of his rank to fly on ops, when a strike was ordered against Hitler’s V1 and V2 rocket programme, the airman shocked his crew by going on the operation with them.

On their return his plane was engaged by an enemy night fighter over the French coast, setting the aircraft on fire.

Ivelaw-Chapman and his sergeant escaped alive and were hidden in a farmhouse guarded by a French ‘minder’ but they were betrayed and the Air Commodore was given to the Gestapo. 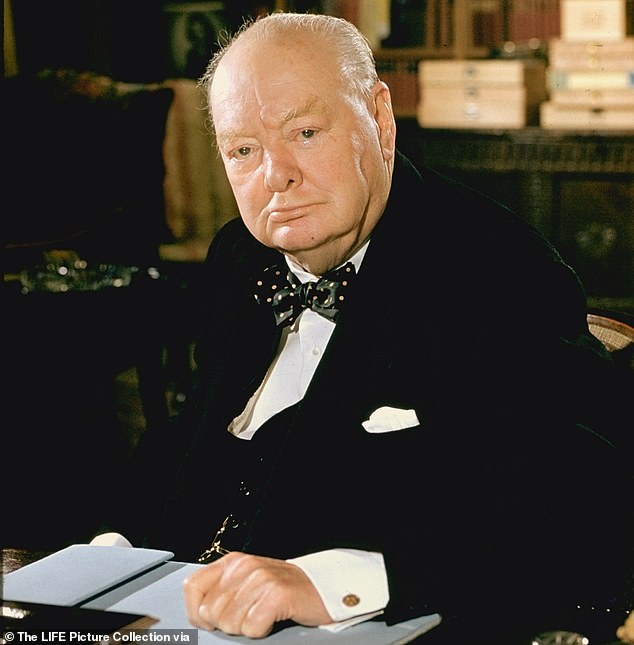 National Archives researcher Peter Helmore said: ‘On Churchill’s instruction, the order was given to mount a rescue operation, but on no account was he to be allowed to fall into German hands alive in view of his knowledge of the impending D-Day operation.’

In an account of his capture he says he was interrogated as a suspected Secret Service Agent but refused to give more than his number, rank and name.

He said: ‘I was slapped in the face, beaten on the shoulders and buttocks with a rubber whip, and other ‘third degree methods’ were also used.

‘This interrogation lasted continuously from 1800 hours on 8 June until approximately 0600 hours on 9 June. My body still bears faint scars of this beating.

‘I was taken to Gestapo HQ in Tours where I was locked in an unventilated dungeon.

‘My hands were manacled behind my back. This caused me extreme pain as my shoulder had by then been dislocated for 32 days.’

His torture only stopped when he persuaded his captors he was an ordinary airman after telling them where he had buried his parachute and flying gear, which led to the Gestapo sending him to a prisoner-of-war camp when they decided he had no information.

He survived and retired from the RAF as vice chief of the Air Staff in 1953, becoming a civil servant. He died in 1978.

The life of Sir Ronald Ivelaw-Chapman