A circular home built off a plush south west London high street is on sale for just under £1million.

The eye-catching Round House in Battersea, has two bedrooms and two bathrooms, an attractive reception room and manicured gardens.

It sits hidden off Battersea’s bustling centre and is a rarity due to its unique design, with the majority of the other properties in the area being either terraces or flats.

However, while buyers can enjoy its character and architectural personality, it comes at four times the price of a normal residential home at £950,000.

The eye-catching Round House in Battersea, has two bedrooms and two bathrooms, an attractive reception room and manicured gardens 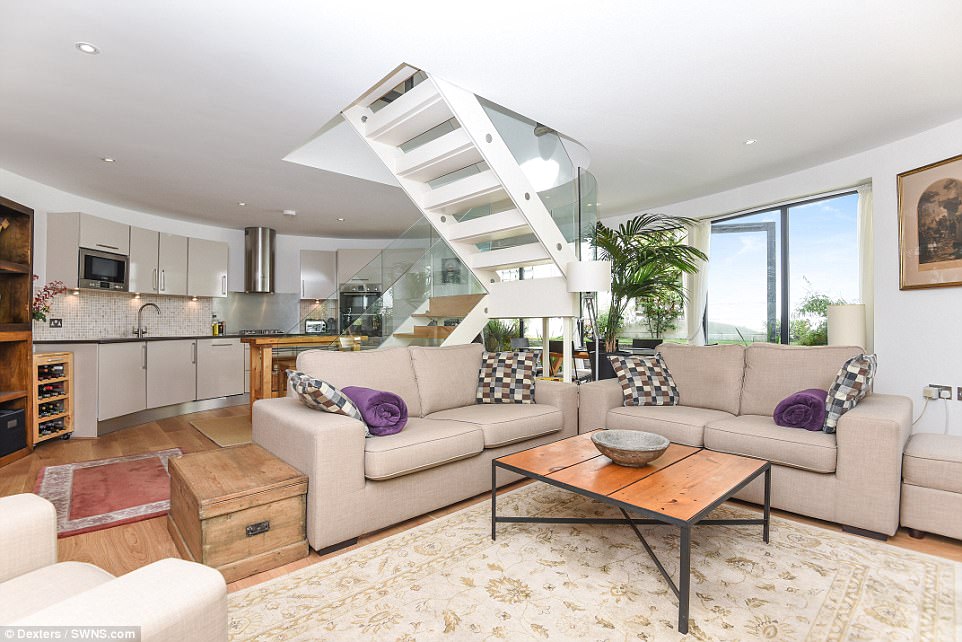 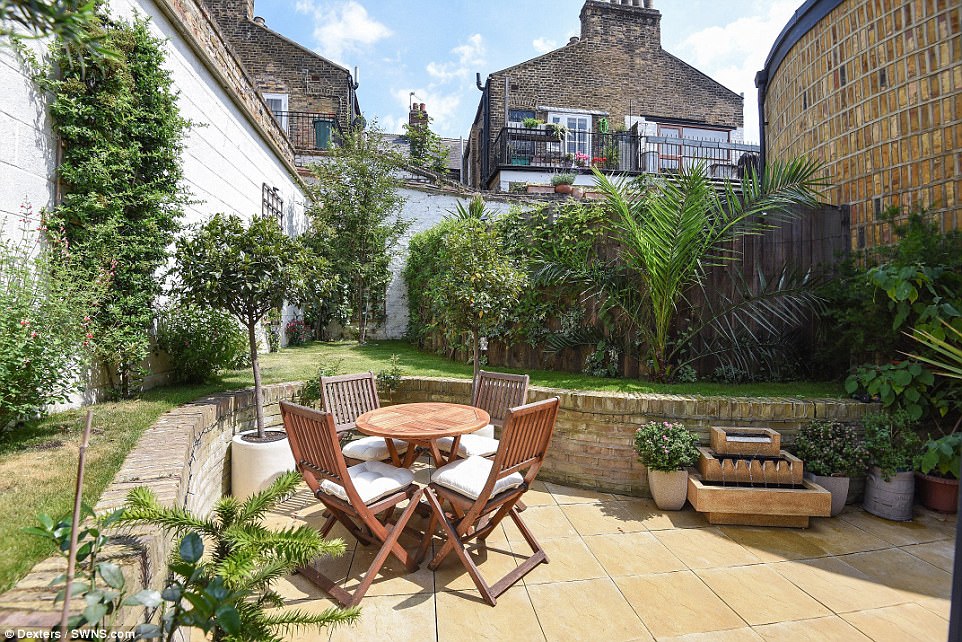 The property, which was built in 2008, also offers buyers the chance to relax in landscaped gardens with a patio

The Round House is one of two similar houses, with 950sqft of space, and is the same size as the average new-build in England and Wales.

Current owner is Andrew Plant, who moved in just over six years ago, said the property was perfect for anyone who liked to throw a party.

He said: ‘I’ve always lived in weird houses, something a bit unusual. I lived in a triangular house before this one, only a few doors away from the round house.

‘I left London for a couple of years then when I came back to Battersea, by fluke, I ended up buying a house in the same street.

‘The circular shape of the home is very sociable, with the open-plan layout making it perfect for entertaining.

‘I had a dog that used to love running round and round in circles indoors – it was exhausting just watching him.

‘The house is in a really peaceful spot, perfect for nursing a hangover the day after a party.’ 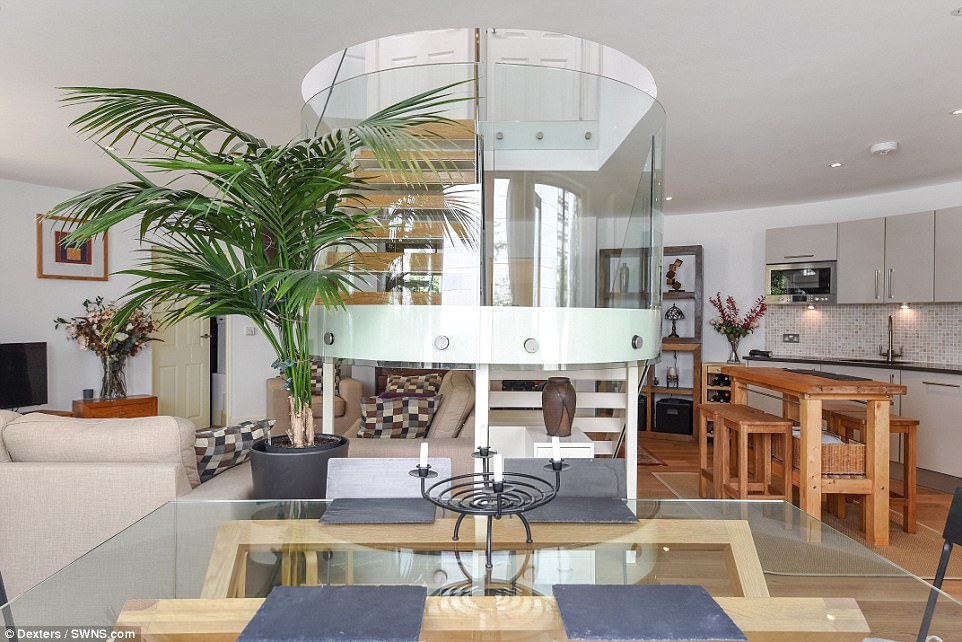 An attractive staircase leads up to the property’s two bedrooms, one of which comes with an en suite bathroom 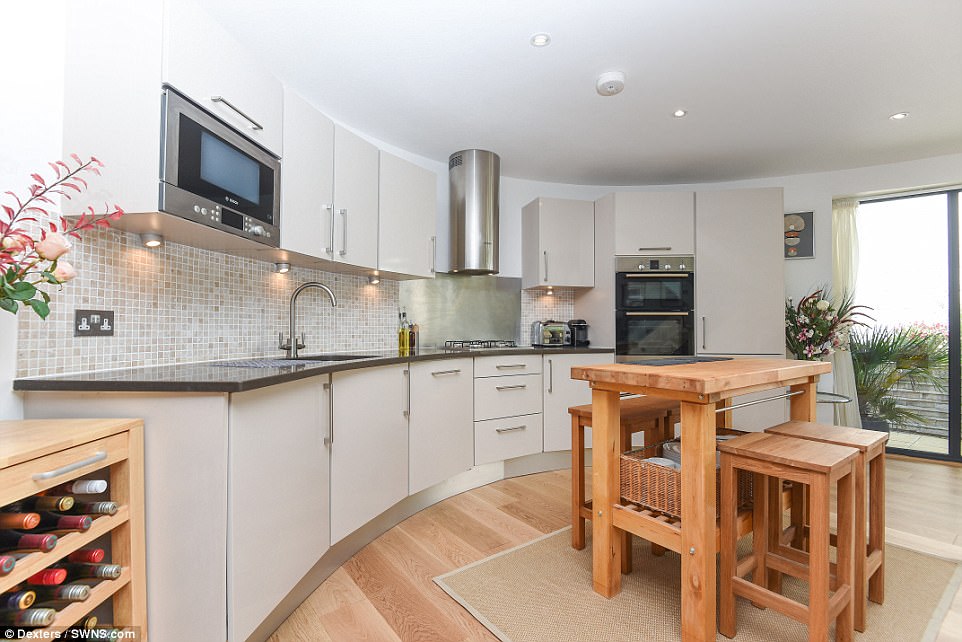 Those who like to cook have plenty of space to whip up a feast in this kitchen, which also has room for a table and chairs 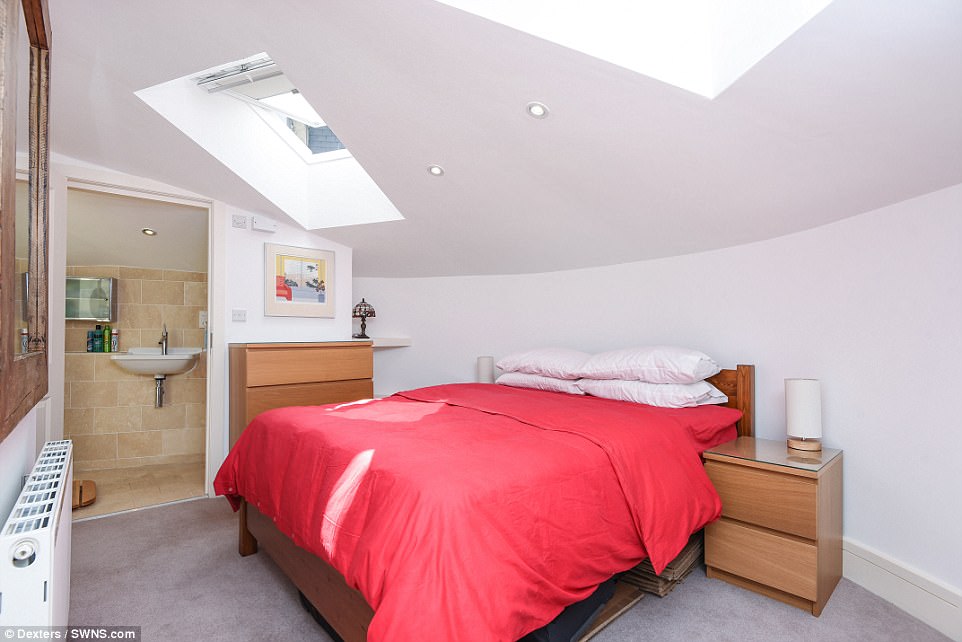 The property’s bedrooms boast sky windows allowing natural light to beam through, with this room also offering an en suite

The property has been listed with Dexter Battersea, who said it boasted being in a ‘Prime London’ location while still enjoying ‘peaceful’ surroundings.

Marketing manager Emily Owen-Smith said: ‘While it’s on the high street and is in the thick of things, it’s very hidden away and is surprisingly quiet.

‘The property has been cleverly laid out to maximise space and create a stylish and practical home.

‘The shape of the property allows plenty of natural light, as the huge curved walls reflect the light from the windows. 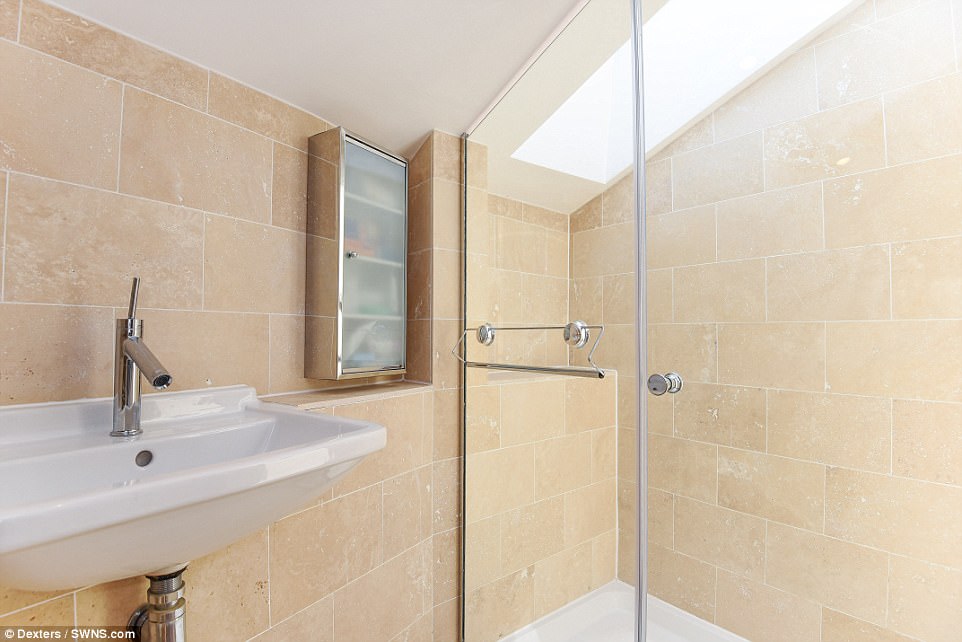 Despite its unconventional design, the Round House has two bathrooms, which are perfect for those who like to have friends or family over to stay 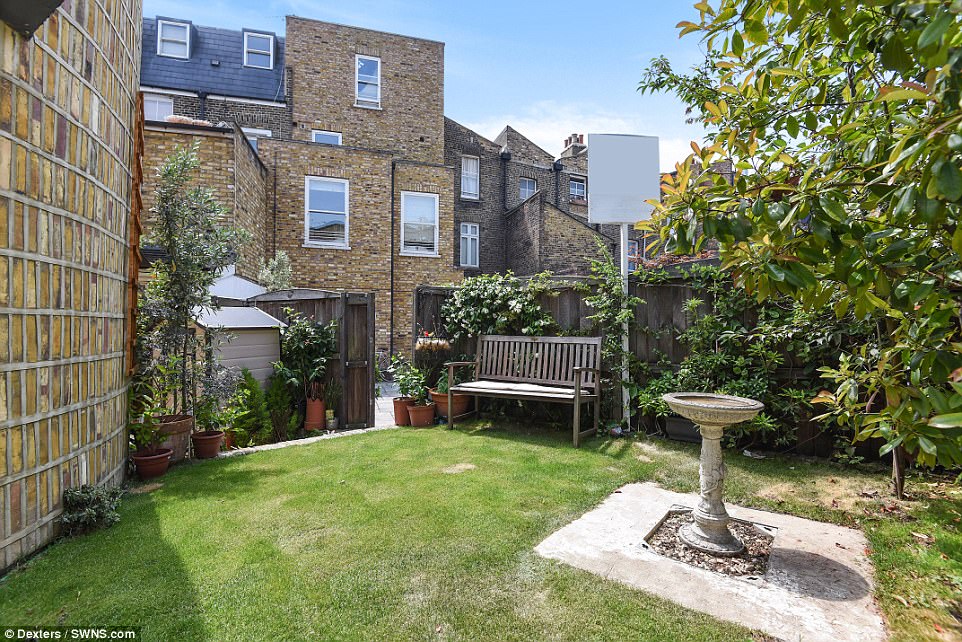 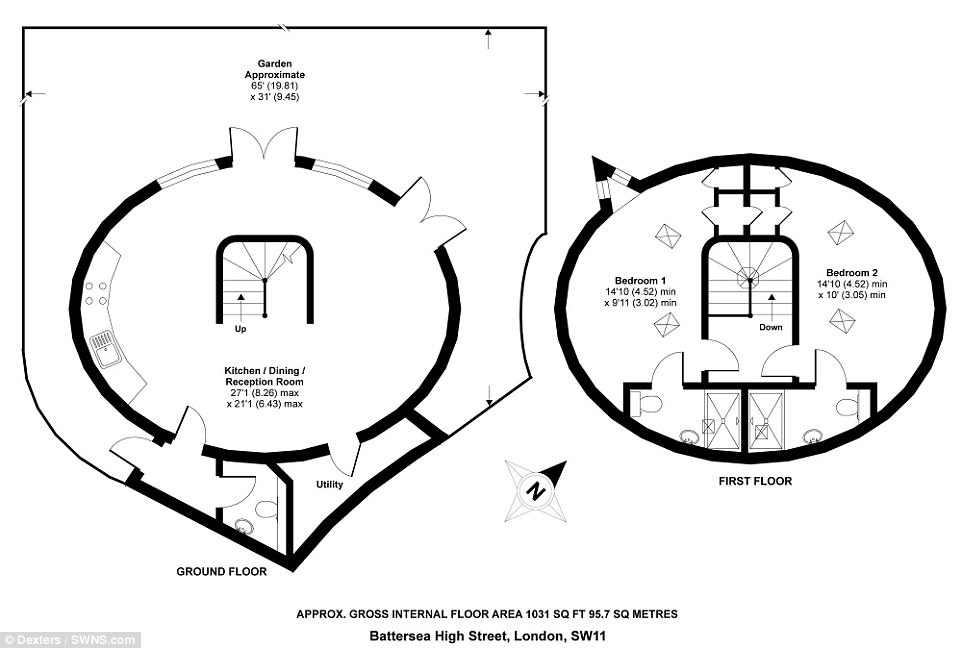 This plan shows buyers what space they could be getting for their £950,000 as well as showing the unique layout of the home

‘The open-plan layout adds to the sense of light and space, and a stylish central feature staircase provides an impressive focal point of the property.

‘Viewers have likened the round house to a mansion flat. It has that feel of openness and brightness, a similar square footage and costs around the same as a mansion flat, but this way you get an actual house, and in a prime London location.

‘The property would be perfect for a single professional or young professional couple looking to live in a unique home in a vibrant part of London with excellent transport links.

‘The home is a great talking point due to its circular shape, nestled among traditional Victorian houses and apartment conversions, and being just one of two properties built like this, the exclusivity of this house is very appealing.’