Claire Foy goes from playing the Queen to a sociopathic killer

David Lagercrantz still shivers recalling the moment he agreed to fill the boots of a literary legend. ‘I was absolutely scared to death,’ says the Swedish author, who in 2013 was chosen to write three books as a continuation of Stieg Larsson’s stratospherically successful Millennium trilogy. ‘I understood that this could be a suicide project. I was driven by terror.’

Lagercrantz, 55, had reasons to be fearful. As the new custodian of one of the most lucrative – and tangled – book franchises in history, there was a lot at stake. ‘In one way that’s good, because when you’re scared you work harder,’ he says. ‘But I also started to doubt if anyone would be interested.’

He needn’t have worried. In just three years his books have attracted millions of new readers to the series, seduced Hollywood and gained the royal seal of approval from The Crown star Claire Foy.

It’s the latest chapter in a remarkable tale. When Larsson died of a heart attack in November 2004, aged 50, he was known in Sweden as a pioneering investigative journalist who targeted extremist Right-wing organisations. He had completed the Millennium trilogy but the books had yet to be published.

The first, The Girl With The Dragon Tattoo, introduced readers to Mikael Blomqvist, a charismatic campaigning journalist, and Lisbeth Salander, a sociopathic computer genius dispensing rough justice to a corrupt patriarchy. Published in 2005, followed by The Girl Who Played With Fire and The Girl Who Kicked The Hornet’s Nest, the books made Larsson a posthumous literary superstar. In 2008 he was the second-best selling novelist in the world. To date he has sold in the region of 100 million books.

‘Yeah, follow that!’ Lagercrantz chuckles. But follow it he has. His two continuation books, The Girl In The Spider’s Web (2015) and The Girl Who Took An Eye For An Eye (2017), have become acclaimed bestsellers in their own right. Now the former is being turned into a major Hollywood movie, starring Foy and scheduled for release in September.

It’s a shocking career twist for the 33-year-old British actress who shot to global fame playing the young Queen Elizabeth II in The Crown. As Salander, Foy portrays a tattooed, chain-smoking, heavily pierced bisexual loner whose score-settling CV includes setting fire to her psychopathic father and carving a full body tattoo on her abuser that read: ‘I am a sadistic pig, a pervert and a rapist.’ It’s a long way from Buckingham Palace. Even Lagercrantz was initially shocked at the casting. 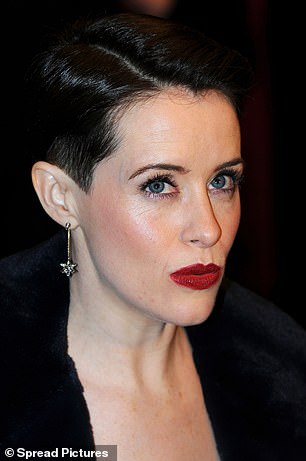 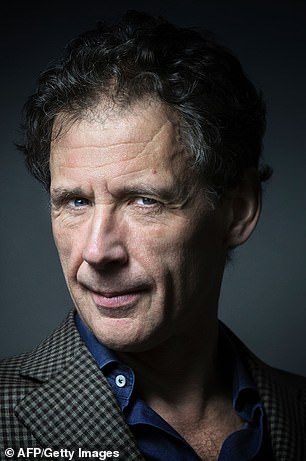 ‘In the beginning I couldn’t see her in the role at all,’ he agrees. ‘She’s Queen Elizabeth, for God’s sake! But when I saw The Crown again I thought, Yeah, there’s something there. I’ve heard that she is absolutely shining in the role. Hopefully she will be the best Lisbeth.’

There have been previous film adaptations of the books, three in Swedish and one – The Girl With The Dragon Tattoo – in English, starring Daniel Craig as Blomqvist and Rooney Mara as Lisbeth. ‘They were quite good but not fabulous,’ reckons Lagercrantz, who isn’t directly involved in the adaptation of The Girl In The Spider’s Web but remains cautiously optimistic about its prospects. ‘Hollywood is Hollywood,’ he says warily. ‘I was a bit worried about the script but I think it will be OK. I’ve met the director, Fede Alvarez, many times and we keep in touch. Hopefully it will be good.’ He laughs. ‘It will be big, anyway.’

Why does he think Salander has captured our imaginations in such a remarkable fashion? ‘Not many characters really stick in our subconscious, like Sherlock Holmes, and Lisbeth is one of those,’ he says. ‘It’s very interesting what Larsson did with her. If you go back a couple of decades, women in crime fiction were mainly victims. They were raped and murdered or needed a tough guy to rescue them. With Lisbeth he created a heroine who didn’t need anyone, who refused to be a victim, with a strong feminist core. She’s fun to write but also very hard for a guy like me. Sometimes I have problems with her.’

He has deliberately toned down her more extreme behaviour in the past two books, reining in the explicit violence of the original novels. ‘I was fed up with it,’ he explains. ‘Something happened after The Silence Of The Lambs, this explosion of violence in crime fiction. I was more interested in intellectual riddles. I didn’t want body parts or brains spilling everywhere. Anyway, I’m not a good fighter! I can’t really do it.’

When he was first approached about taking on the Millennium project, Lagercrantz felt as though he had stumbled into the pages of a thriller. His initial meeting with the publishers and the Larsson estate ‘was down in the basement, top secret. Very strange.’ As negotiations progressed, he had to sign a non-disclosure agreement and was sworn to secrecy. ‘It was very difficult, because I wanted to scream out that I was doing this,’ he says. Later, while writing, ‘there were requirements from the American publishers that I couldn’t write it on an internet-connected computer in case it leaked. It’s now a habit. I still have two computers, one not connected to the internet, and one that is.’

Like Larsson, Lagercrantz started out as a news reporter. His breakthrough came in 2011 with a biography of the Manchester United footballer Zlatan Ibrahimovic. I Am Zlatan Ibrahimovic sold half a million hardback copies in six weeks and remains the fastest-selling book in Swedish history. If Lagercrantz was well known before taking on the Millennium series, after the news broke he became notorious. One Swedish critic even called the assignment an exercise in ‘grave-robbing’. 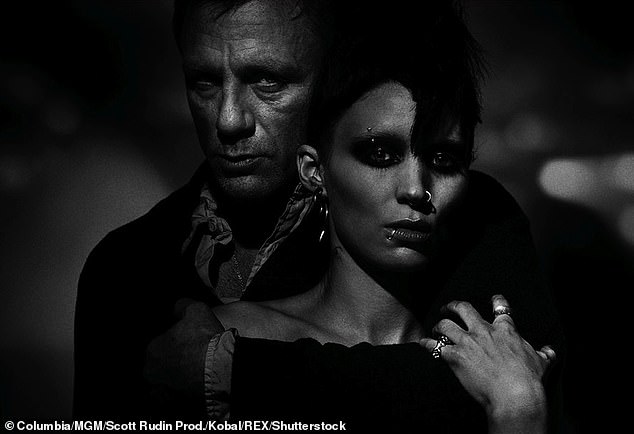 He does not conform to the stereotypical view of the laconic Swede. By his own admission ‘neurotic and too emotional’, when he began the project he was riddled with self-doubt. ‘With the first book I didn’t dare to be myself and write the book that I wanted. I was always thinking, “How would Stieg Larsson have solved this?” But in the second book, after the success of the first, I was more comfortable. The publishers and estate said, “Just write the book that you want,” but we all had the same goal. We understood we couldn’t kill off the characters, we had to be trustful to Larsson’s universe, but we also wanted to develop it.’

There have been other complications, however. Larsson’s personal legacy, in particular, is messy. The author died without making a will, and without marrying his partner, Eva Gabrielsson. As a result, his estate, including all future book royalties, passed to his brother and father. Despite offers of settlements, no agreement has been reached between the Larsson estate and Gabrielsson, who has dismissed Lagercrantz’s continuation of her partner’s books, saying, ‘I don’t think it’s OK for people to hijack other people’s work.’

It’s a situation that clearly causes Lagercrantz anguish. ‘This assignment was the thrill of my life. I felt feverish in my bones, I loved the characters, I knew readers wanted to see them again – the only thing that makes me sad is that she isn’t happy about it, and that they haven’t reached a settlement with the royalties and the rights. It’s so sad. I always have the deepest sympathies for her.’

He’s currently writing his third – and final – contribution to the series, for publication next year. ‘I need to seek a new challenge, otherwise it will become routine,’ he says. ‘But what I now know for certain is that this has been good for Stieg Larsson’s authorship. There is a whole new generation reading his books, we see that from the sales statistics. These characters are more alive than ever.’