Claire King doesn’t let arthritis get the better of her

Actress Claire King has spoken about how her 25-year battle with rheumatoid arthritis hasn’t held her back in life.

The former Coronation Street star feared the painful, chronic disease would leave her wheelchair-bound when she was diagnosed aged just 30.

But now Claire, 55, has revealed how exercise, supplements and eating healthy has kept her active, which is especially important as she’s a carer to her disabled parents.

Best known as Kim Tate in the ITV soap opera Emmerdale, she says she hopes to inspire other sufferers – especially those newly diagnosed – to not let arthritis get them down.

Despite the disease, Claire has had a successful acting career spanning 30 years. She’s pole danced in play The Naked Truth, wowed viewers strutting her stuff on Strictly Come Dancing and enjoyed pursuing her horse racing hobby.

Now, she’s set to star in this year’s panto production of Peter Pan in Belfast and a new TV show next year.

Claire king reveals she keeps herself active – and able to care for her disabled parents – with rheumatoid arthritis through exercise, supplements and eating healthy 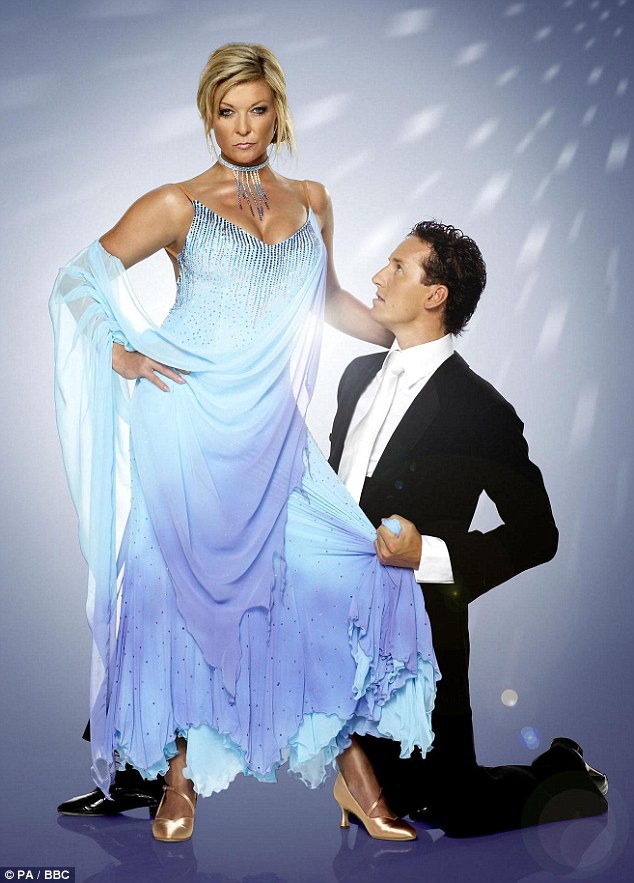 CARERS URGED TO GET THE FLU JAB FOR FREE AT BOOTS

Boots UK is encouraging carers to take up their free NHS flu vaccination.

Last winter only 42% of the estimated 6.5 million carers in the UK had their free NHS flu jab.

The NHS urges carers to have it to protect themselves and the person they care for from flu.

The call comes as the NHS is bracing itself for the ‘worst flu season in history’ amid fears of a virulent strain that caused havoc in Australia is on its way over here.

You are eligible for a free flu vaccination at Boots if you are the main carer for an elderly or disabled person who may be put at risk if you fall ill, and/or if you are in receipt of carer’s allowance.

Ask in your local store about the Winter Flu Vaccination Service or book onlinehere.

And while she says she has good days and bad days, she is still able to look after her father John, 77, was has multiple sclerosis and mother Angela, also 77, who also has rheumatoid arthritis.

Claire, who lives near Harrogate, north Yorkshire, said: ‘I was shocked and devastated when I was diagnosed with arthritis at 30. You presume it’s an older person’s disease.

‘Nowadays, I have had to give up bombing round on a race horse at 40 miles an hour but I still go for a hack.

‘It doesn’t hold me back, it’s manageable. You’ve just got to get on with it.’

Claire has also teamed up with Boots UK to encourage carers to take up a free NHS flu vaccination.

She said: ‘I’ve been a carer for my parents, along with my brother Piers for the last 20 years, but more so over the last 10 years.

‘It’s so important to stay well when the people you care for, rely on you. I always have my flu jab. If I or any of their other carers were struck down by flu, for two weeks, or even two days, they’d be lost.’ 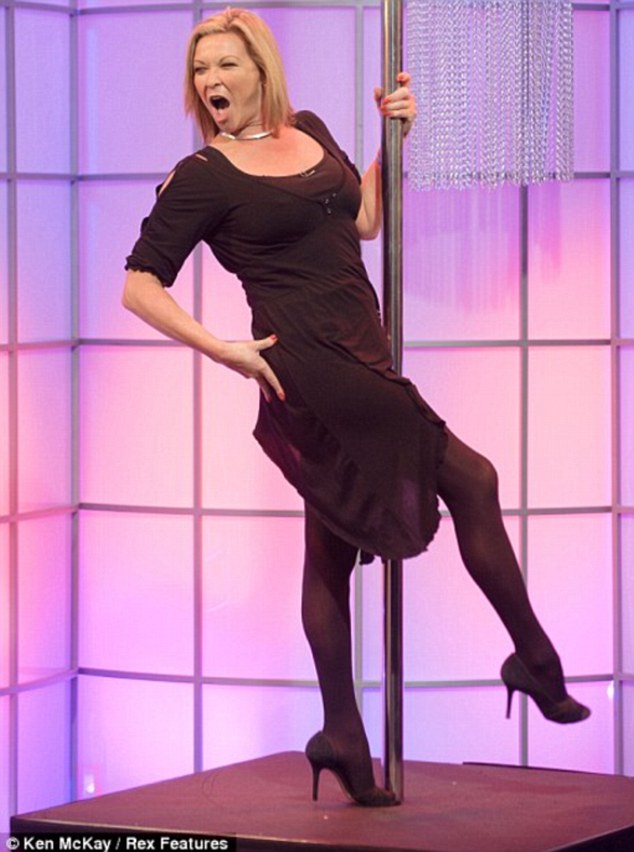 Claire discovered she had rheumatoid arthritis after going to the doctors with throbbing and painful fingers and joints and a blood test confirmed it.

Working at Emmerdale at the time, she said she was worried whether the bosses would still want her to work for them.

But now she’s dealth with those anxieties and found a ways to limit the symptoms of the disease, where the immune system tells the body to attack itself, causing painful, swollen and stiff joints.

Claire – who said she finds the winter months harder in terms of pain – was put on hydroxychloroquine sulphate to suppress her immune system at 38 as well as meloxicam, an anti-inflammatory. 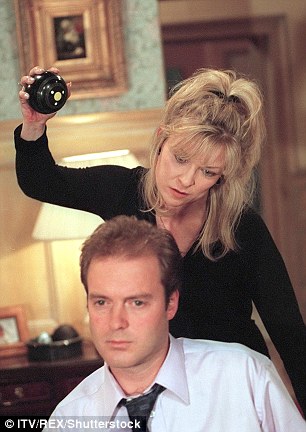 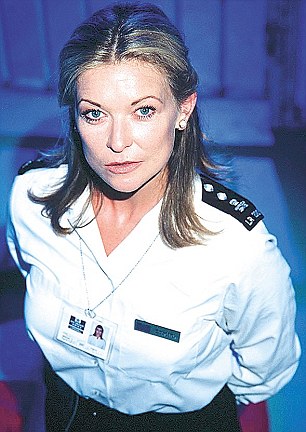 The actress has had a successful career in TV, theatre and film spanning 30 years

Now she just takes a low dose of methotrexate – another immune system suppressant – but she credits the natural supplements she takes with keeping her pain in check.

Claire became interested in natural aids when her brother started a supplements business.  She takes omega 3 for which there is ‘good evidence’ of its benefits in improving symptoms and disease severity, according to the National Rheumatoid Arthritis Society.

In addition, Claire takes B vitamins. Vitamin B12 reduces homocysteine, an amino acid found at high levels in people with rheumatoid arthritis (RA) which increases pain and inflammation, say the Arthritis Foundation.

She also takes methylsulfonylmethane (MSM), a naturally occurring form of sulphur that is believed by some to help maintain cartilage and joints.

‘As soon as I stop my supplements I’ve noticed the difference and I feel in more pain.

‘Conversely I don’t experience the same if I stop taking my methotrexate. Although I take that too because I’m sure it all helps.’

And when it comes to eating, Claire doesn’t follow any special diet but tries to eat a balanced one.

‘It’s just common sense, I eat as healthy stuff, as unprocessed as possible. Keeping your weight in check is important when you have arthritis.

‘I make sure I get enough iron, so plenty of spinach and green veg.’

There is a link between anaemia – low red blood cell levels – and rheumatoid arthritis. Iron helps prevent this by helping produce hemoglobin, the protein in red blood cells that carries oxygen throughout the body.

Exercise is been a big part of Claire’s life as she loves walking, swimming and horse riding.

‘I love walking, I live in the Dales so I’m out hiking every weekend. I’m lucky enought to have a second home in Spain with a pool so when I’m there I’m swimming every day.

‘I do some stretching without fail every morning too which sets me up to feel better for the rest of the day.

‘Exercise helps keep the joints mobile and just doing a little of what you can manage and what you enjoy can make a difference long-term.’