Clare Balding has revealed her father didn’t believe she could be a successful presenter because she is a woman.

The broadcaster, 49, told how her father was ‘absolutely flabbergasted’ when she landed a job hosting BBC’s flagship sports show Grandstand.

The TV personality, who has since forged a successful 25-year career, told how her father, Ian Balding, was stunned after she beat top male presenters to win an award.

Female success: Clare Balding (pictured last year) has revealed her father didn’t believe she could be a successful presenter because she is a woman

Clare said she was angry at her parents for having a ‘lack of acknowledgement for women’s achievements’ and was ‘determined to do things they thought women couldn’t’.

The six-time Olympics broadcaster said when she was young ‘it was assumed she wouldn’t want anything to do with the family business’, which is horse racing.

Her father Ian Balding ran a successful horse training business which has now been succeeded by her brother Andrew.

Speaking on the Paul McKenna podcast, she said: ‘There’s lots of it that wouldn’t have suited me, but it’s that feeling of when you are very young knowing that it’s not an option for you.’ 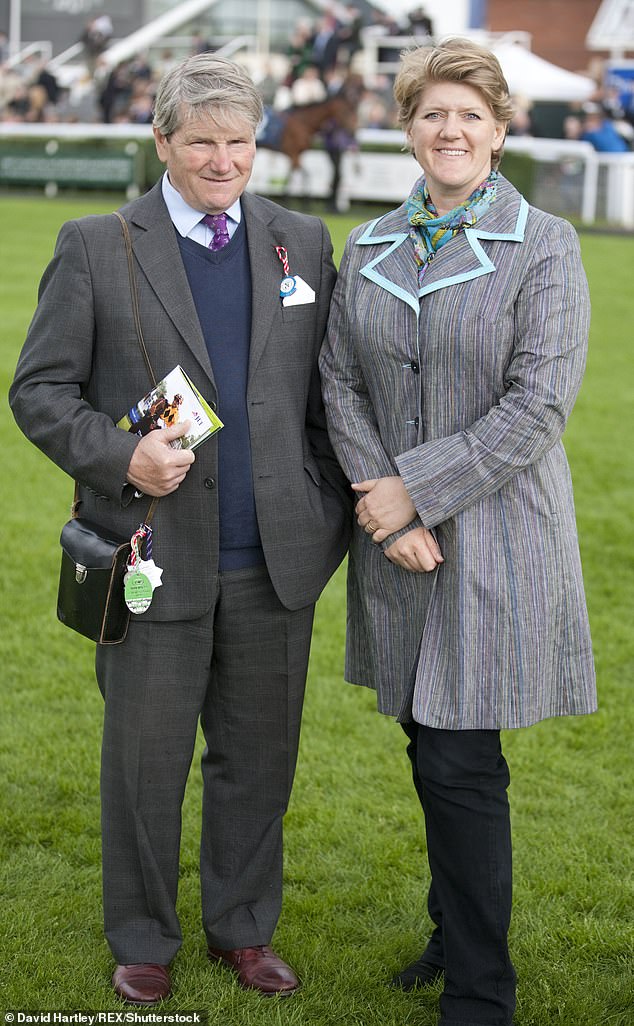 Family business: Balding said when she was young ‘it was assumed she wouldn’t want anything to do with the family business’, which is horse racing (pictured with her father in 2012)

She added: ‘I wanted to be my own person. I was very angry at my parents for their lack of acknowledgements for women’s achievements and that made me really determined to do the things that maybe they thought women couldn’t do.

‘I remember when I first presented Grandstand on the BBC my father being absolutely flabbergasted.

‘He didn’t realise that was something any women could do let alone me.

‘I remember the very first award I ever won was the RTS award for a sports presenter. I went to the dinner and was nominated but thought ‘I’ve got no chance [of winning]’.

‘I told dad that I was up against Steve Rider, who is the loveliest man, and another very famous man. It wouldn’t have been Jeff Stelling… but someone of that stature.

‘My father just went “You’ve got no chance, not against them”. And then I won and you just sort of think ‘this is quite surprising’ – to my father certainly.

‘Other people might have been a little more open minded, but you know. 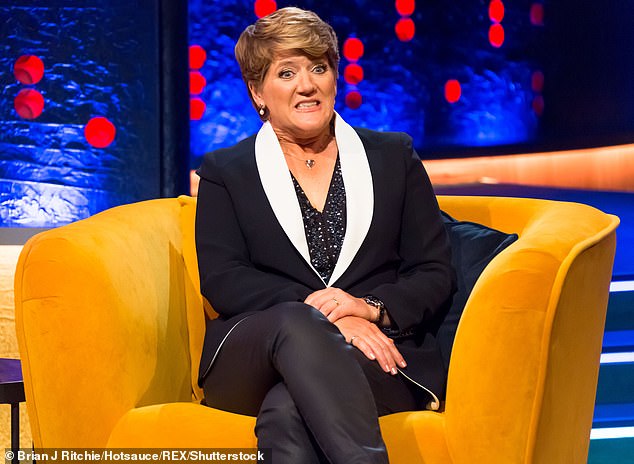 Award winner: Balding (pictured on The Jonathan Ross Show this month) told how her father was stunned after she beat top male presenters to win an award

‘So that was a big drive to do something, not to make him proud – although I’m sure that was there too – but to be different from anyone else and nobody else in the family worked in the media.’

The TV personality added that she looks back now and is glad she wasn’t ‘expected’ to follow into her family’s business.

Clare made her debut as a television presenter in 1995 with Royal Ascot highlights and began presenting live the following year.

She has reported from six Olympic Games, four Paralympic Games, Winter Olympics, the Commonwealth Games and was the face of BBC’s rugby league coverage.

The TV personality has also been a presenter on BBC’s Countryfile and reported from major Royal events including Trooping the Colour and the Royal Wedding between Prince Harry and Meghan Markle.

She is also a best-selling author, having written five books, and has campaigned for better coverage of women’s sport.

For five years between 2013 and 2018, she hosted The Clare Balding Show on BT Sport and interviewed some of the most famous names in the industry. 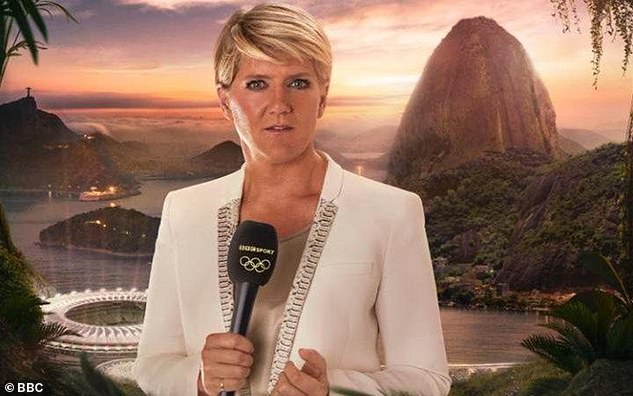