New Leicester City manager Claude Puel has paid tribute to the Foxes squad, fan base and ownership following his unveiling at the King Power Stadium.

Puel has been drafted in at the Leicester helm following the recent sacking of Craig Shakespeare and will now begin his tenure as the season enters the festive period.

Speaking for the first time as new chief of the Foxes, Puel has admitted taking over mid-season will be a challenge but has vowed to get the 2015/16 Premier League champions back on track for success.

‘It’s the first time that I have taken a club in the middle of the season but I think it’s a good opportunity for me to come back in a good club with fantastic fans,’ Puel told the club’s official website.

‘It’s been an interesting and busy day. After Southampton, I wanted to take one season to recover and then take a good project at the end of the season.

‘When you receive a project like Leicester, it’s a good possibility. They have good potential, it is an ambitious club. I am here to make the fans happy,’ he added.

Puel has signed a three-year deal with the club, running through to 2020.

Following his stint at Southampton, the 56-year-old is determined to prove himself in England’s top flight division. 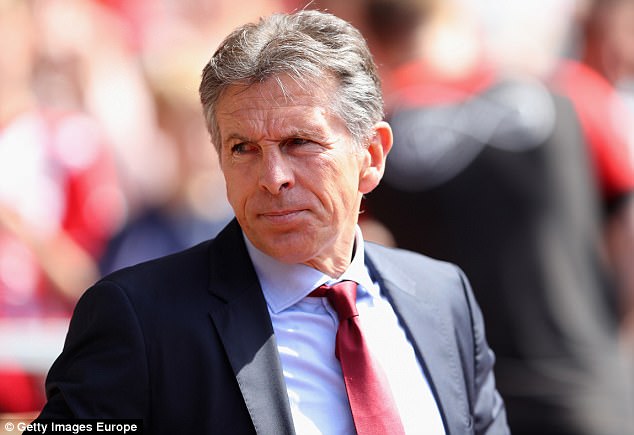 ‘It was quick and fast but it is important to give a good answer. Taking a club like Leicester is a fantastic opportunity to come back to the Premier League.’

‘The players, the owners and the quality of the fans and the people, they are fantastic. Now it is important for the Club to find stability for the next seasons,’ he added.

Puel finished eighth with Southampton last season, guiding the club to the EFL Cup final alongside a run in the Europa League.