Aussie man is slammed for proposing to his girlfriend at her graduation ceremony – as the university is forced to issue a grovelling apology for allowing it to happen: ‘Stop stealing women’s moments from them’

An Aussie man has been slammed for making his girlfriend’s graduation ceremony ‘all about him’ by proposing while she accepted her degree – sparking a grovelling apology from the university.

Outspoken author Clementine Ford criticised the man for ‘making it all about him’ after a video emerged of the moment during a graduation ceremony at La Trobe University in Melbourne.

In the since-deleted video, which was shared on La Trobe University’s TikTok, the graduate is seen walking across the stage after accepting her degree before her boyfriend stops her.

The man is heard telling his girlfriend to ‘stay here… I love you with all my heart’ before kneeling on one knee and proposing to her.

Ms Ford labelled the gesture as ‘entrapment’ in a Facebook video on Friday.

She sarcastically noted the proposal would remind the woman her accomplishments will never compete with the ‘greatest achievement of all – landing a man and a ring’. 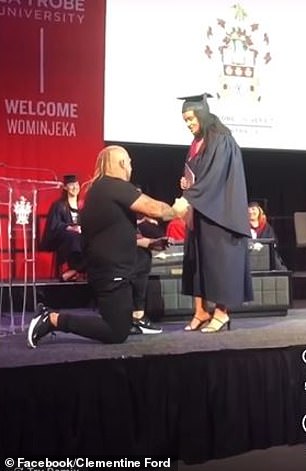 She called on men to stop making empowering female moments about them and let women be ‘brilliant without you’.

‘Stop f***ing stealing women’s moments from them. They do not belong to you. They are not yours to have,’ Ms Ford said.

‘That is her moment, she has graduated. We don’t know under what conditions she went to university, we don’t know how hard that was for her, but she did it by herself.

‘Why do men look at situations where women have achieved something for themselves, where they are about to receive praise and admiration… and they think, “you know what? I’m going to make this moment about me. I’m going to make it so that she remembers, always, that the day she graduated was the day I proposed to her. That was the most important thing that happened to her that day.”‘

She also called out the audience members clapping during the proposal, claiming they were indulging in ‘displays of ownership’. 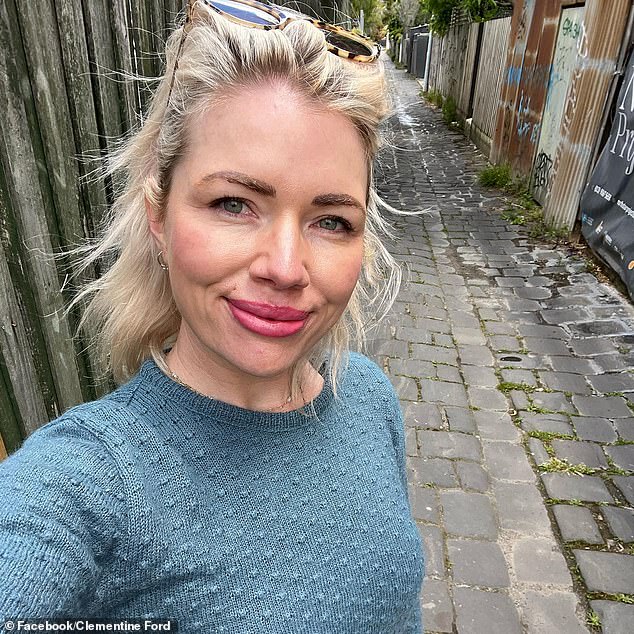 La Trobe University faced backlash and has since removed the video and apologised for its error of judgment.

Do you agree with Clementine Ford?

‘Our graduation ceremonies are all about celebrating student achievement, and this event detracted from that important acknowledgement of our students’ success.’

Ms Ford’s video has garnered over 1,300 comments, with many users angered by the public proposal.

‘This makes me so angry!!!! I worked my arse off to get my degrees and if my partner did this I would be enraged. And the relationship would be over,’ one user wrote.

‘This makes me unreasonably angry, especially for her. I hope she goes on to get her doctorate, be wildly successful, makes tons of money, and that he ends up in his mom’s basement,’ another commented.

A third chimed: ‘Watching men pull this kind of thing infuriates me. They are so threatened by a woman’s accomplishments, they feel the need to photobomb the moment. It’s weak and it’s pathetic.’ 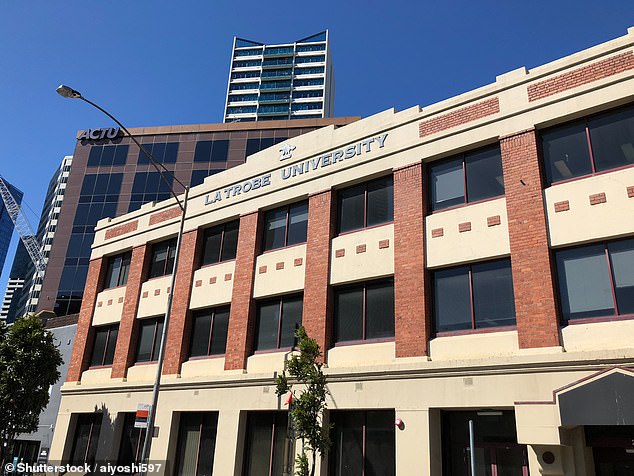