Clementine Ford has unleashed on men who criticise other blokes for wearing dresses in a furious tirade – claiming they’re afraid of being attracted to them.

The feminist commentator said men who associate make-up and ‘feminine’ clothes with women are most likely to belittle other men who wear dresses because they fear they will be attracted to them – or be ‘tricked’ by them.

An increasing number of straight men are choosing to express themselves in traditionally ‘feminine’ clothes, make-up and nail polish, including Bachelor star and musician Jed McIntoish and Olympic boxer Harry Garside.

Garside and McIntosh have joined a growing list of straight men who are disregarding stereotypes of what it means to be a ‘traditional’ man.

Ms Ford took to Facebook earlier this week to condemn the men who made a mockery of those who dared to express their masculinity differently.

‘Because they so strongly associate make-up and “feminine” clothes with women, and women are perceived by them to be objects for their consumption, that they fear feeling ATTRACTED to a man they think is presenting in feminine ways. Worse, that they might be TRICKED by one,’ she said.

‘I think at heart, what really scares the cis men threatened by other men unshackling themselves from strict masculine expression isn’t the idea that these men are diminishing themselves – it’s that they are LIBERATING themselves,’ she wrote.

Christian Wilkins, the son of veteran TV presenter Richard Wilkins, has been celebrated for his red carpet looks, including this cream floor-length gown he wore to the 2022 Logies 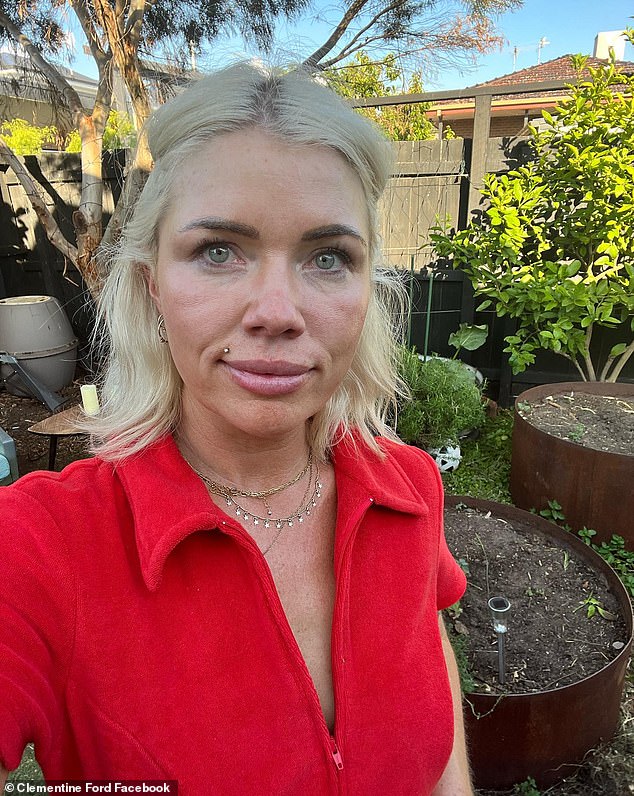 ‘This reminds men who are yet to do this work of their own emotional oppression.

‘And if embracing things women enjoy and are associated with can mean liberation for men, what does that say about the need many of them have to see women as inferior to them?’

Ms Ford said if a man’s notion of masculinity is threatened by ‘a bit of lipstick, eyeliner and some fabric’ then perhaps it is not as robust as they think.

‘A man truly comfortable in his own skin and confident of his manhood wouldn’t be threatened by any of this,’ she continued.

‘Frankly, the world needs a lot more men who are willing to play with aesthetics, colour and fun than it does men who uphold systems and individual views that enforce their emotional repression.’

Christian Wilkins, the son of TV presenter Richard Wilkins, has become known for rocking ‘feminine’ clothing that question some people’s perception of masculinity.

The socialite wore a backless, floor-length cream dress to the 2022 Logies and was accused of ‘normalising’ the notion of men being able to rock dresses. 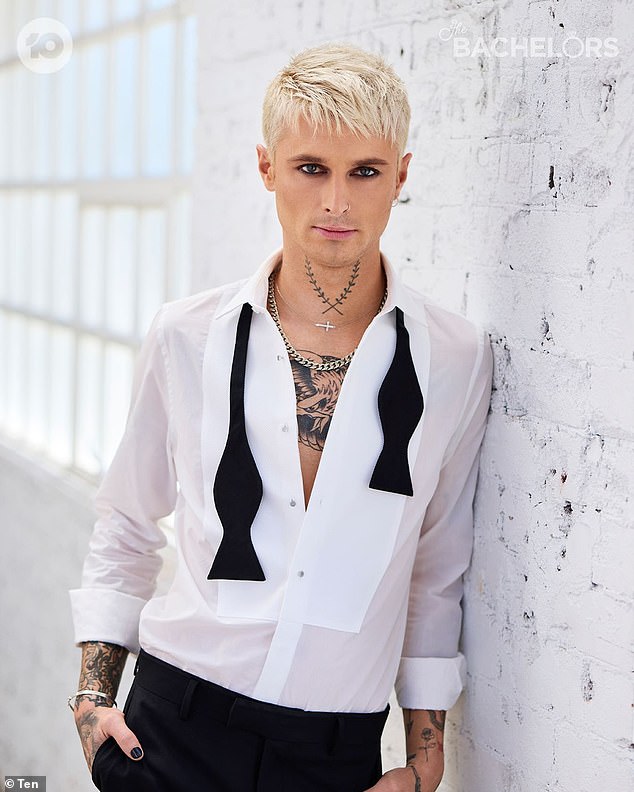 An increasing number of straight men are choosing to express themselves in traditionally ‘feminine’ clothes, make-up and nail polish, including Bachelor star Jed McIntoish (pictured)

The anonymous user @SaraVic333 tweeted ‘it’s not normal’ for men to wear women’s clothes, before adding: ‘STOP normalising this bulls**t!!!’

The trend-setter responded by mocking the way some people react hysterically to men who like to wear dresses, makeup or nail polish.

‘What is happening to the world!!!! Masculinity is ending!!! Burn everything!!’ he tweeted to rapturous support from his followers on Twitter.

His father has praised Christian for expressing his unique style.

‘To anyone who dares to suggest that I am in any way ‘ashamed’ of my son Christian… for whatever reason… You are wrong!’ Mr Wilkins wrote on Instagram.

‘I could not be more proud! He is an exceptional human being who will leave his stamp on the world long after his detractors have disappeared. I love you unconditionally,’ he added. 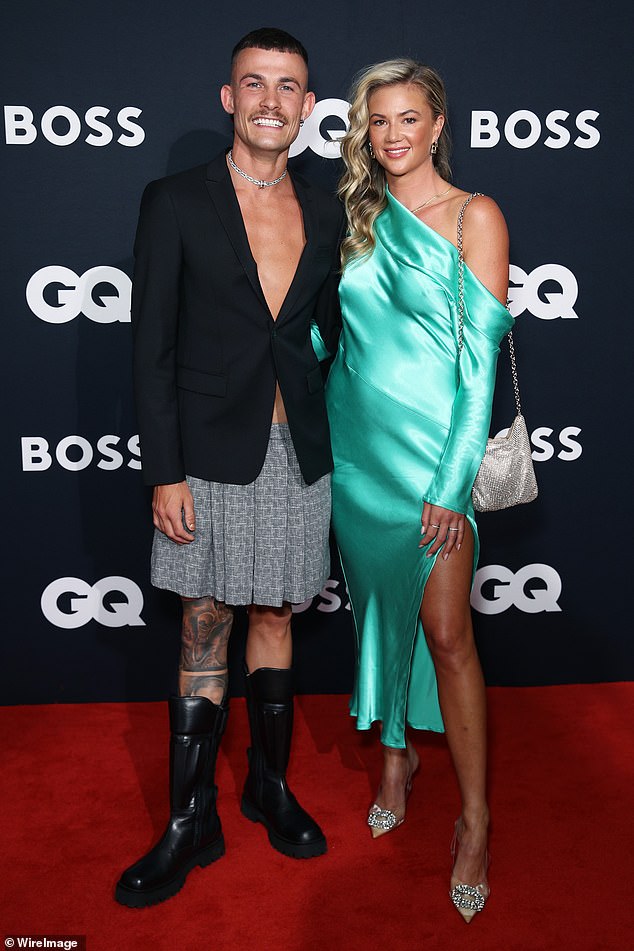 Harry Garside, an Olympic boxer, said it was time for men to start embracing their uniqueness calling it a ‘superpower’ (he is pictured with his partner Ash Ruscoe)

Harry Garside, an Olympic boxer, recently opened up about embracing his femininity as a straight man and how he aims to break down harmful stereotypes.

A slick counter-puncher who has made a huge impression on experts since turning pro last year, Garside is well known for his fondness for wearing nail polish and dresses as part of his determination to be himself no matter what people say.

The 25-year-old rocked an Armani skirt to the GQ Man of the Year Awards, telling the Herald Sun he wants to support ‘individuality’ and ‘uniqueness’ in people.

‘I think you realise as an adult having different uniqueness is actually a superpower, but when you’re younger you feel this need to conform.’