By Hector Nunns For The Daily Mail

Snooker legend Cliff Thorburn admits he could have been lost to baseball. The three-time Masters champion, who today celebrates his 75th birthday, has been over from Canada enjoying the tournament at Alexandra Palace.

Thorburn, who has only just fully retired, rejoiced in his nickname of the Grinder for his steely determination and pedestrian pace of play at the table.

In addition to his exploits at the elite top-16 invitation event, he won a world title and became the first player to make a magical maximum 147 at the Crucible.

But as a youngster growing up in British Columbia, Thorburn was a pitcher with a wicked curveball before being lured in by the ‘Fast Eddie’ hustler culture surrounding pool and snooker.

He said: ‘I played baseball as a kid, as well as soccer. I was a pitcher with a decent curveball playing little league in Vancouver. I was hard to hit as a pitcher but one day the coach called me over and said, “You should start throwing your fastball”.

‘When I explained to him I had been throwing it for the last half-hour, that probably saw the writing on the wall. Then one day I went to see my father bowling at the local alley and heard this clicking noise coming from an open door.

‘I went down a staircase and saw a guy double the black into the side pocket for some money. The notes flew on to the table, and a groan went up. 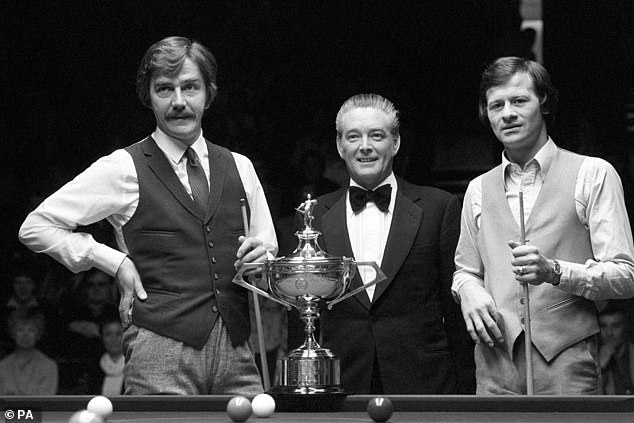 ‘I ran up the stairs out of breath and said to my dad, “The fella doubled the black into the side pocket, and there was money and everything”.

‘He just said to me, “Don’t go down there”, and I should thank him again because obviously after that I had to go down there again. I was 11 then, but didn’t really start playing until I was 15.

‘I have had a great week. The Masters tournament I always thought was the grandaddy of them all. The World Championship was and still is around 950 spectators.

‘But the Masters in the old Wembley Conference Centre days was a bit under 3,000 fans, and now at Alexandra Palace is over 2,000.

‘It is a very special tournament and I remain very proud to be one of the multiple winners. Ally Pally is a truly phenomenal arena. I get nervous for the players walking down the steps with their cues with all the people slapping their backs. It is a real rock-and-roll, movie star kind of place — I love it.’ 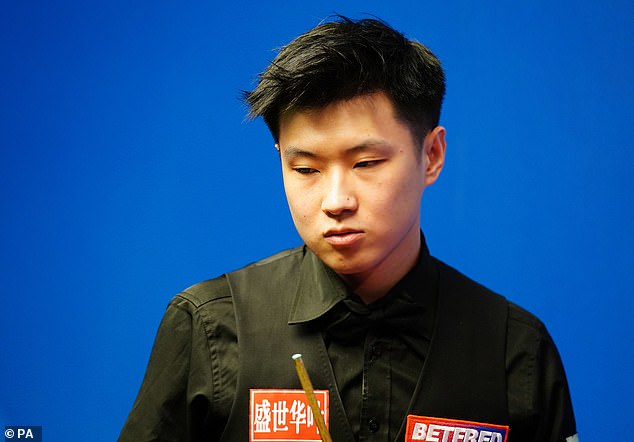 Meanwhile, the corruption investigation that has hung over this year’s Masters is set to see significant progress this week.

Ten Chinese players are suspended over a probe into match-fixing — including Zhao Xintong and Yan Bingtao, who were originally due to compete at Alexandra Palace. All 10 are likely to find out within days if they are to be charged with any breaches of betting rules.

Former world champion Shaun Murphy has already called for life bans for any player charged and found guilty of match-fixing.

But even if charges are forthcoming they may not all be for the most serious match-fixing allegations, with speculation over the involvement of criminal gangs and coercion of young players.