Climate Change: Flatworm has evolved to survive in just 100 years

A tiny flatworm has provided scientists with the first evidence that species may be able to adapt to a rapidly changing climate in a relatively short period of time.

Over the past 100 years the flatworm has adapted to survive in different sea water conditions – developing a new tolerance to lower salinities caused by rainfall.

Researchers from the University of Plymouth repeated a century-old study into the tiny coastal invertebrate to see how it has changed since the first study in 1914.

The soft-bodied creature, called Procerodes littoralis show how individual species may be able to adapt and survive the localised effects of climate change.

Their findings could provide some of the first evidence of evolutionary rescue taking place in the wild – with the creature changing its physiology in a short space of time.

More than a century later, marine biologists at Plymouth University replicated the study, both in the processes it followed and the precise locations where samples were originally collected in the nearby Wembury Bay area.

In the recent study, scientists tested the flatworms across a range of different concentrations of salt water in the laboratory.

It showed the creature – common on the coasts of western Europe and North America – was able to regenerate following minor injuries at lower salinities than were recorded originally. 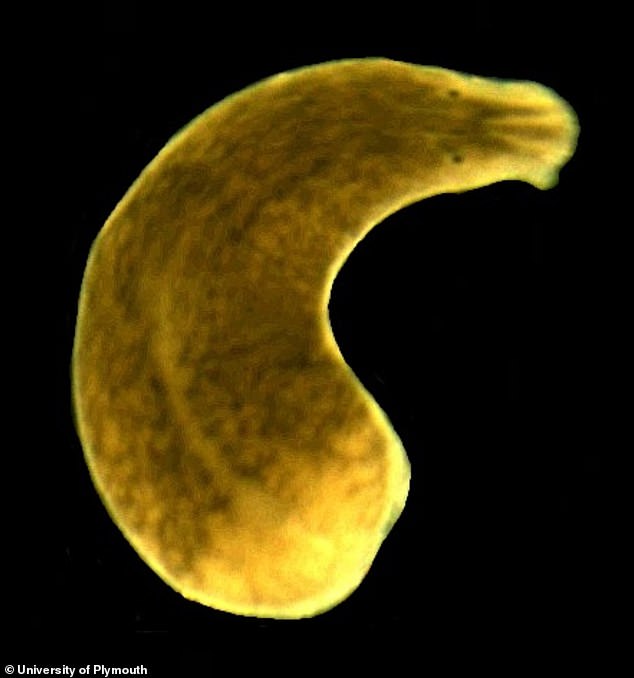 A microscope image of the intertidal flatworm Procerodes littoralis. The coastal creature is able to regeneration under certain conditions and those have changed over 100 years 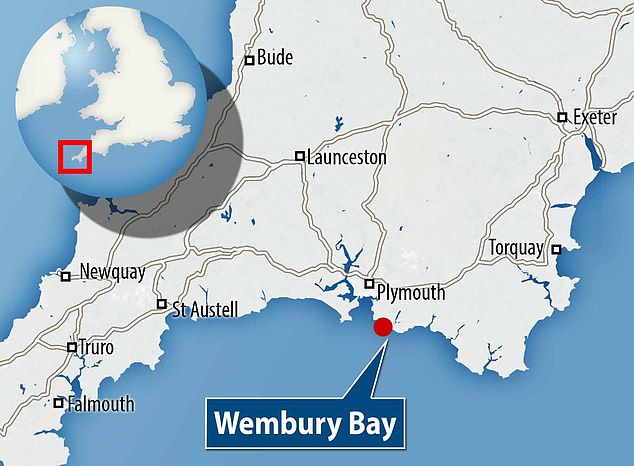 Plymouth University experts replicated the study, both in the processes it followed and the precise locations where samples were originally collected in the nearby Wembury Bay area

Co-author, John Spicer said the idea of evolutionary rescue – where animals evolve to survive when faced with rapid climate change – has been around for 20 years.

‘Many, including myself, have doubted the possibility of such rescue, especially over such a short space of time in terms of species evolution,’ the professor said.

Spicer, from the University of Plymouth, is a world-leading authority on how marine species can adapt to climate change.

He added that ‘this study shows it may well be possible in the wild because, in comparing two identical experiments 100 years apart, the animal has changed how it works, its physiology.’

‘It is proof that evolutionary rescue may exist in the wild, not just in the laboratory, and is a major step forward in our understanding of how species can adapt as the environment around them changes.’

In 1914 Dr Jordan Lloyd discovered there was an optimum salinity level for flatworms to regenerate – either side of this and they wouldn’t be able to.

This new study found there is no longer an ideal salinity, suggesting individuals have extended their tolerance range in the intervening century.

Scientists also examined rainfall levels for the Wembury Bay area and found they had increased between 1914 and 2018. 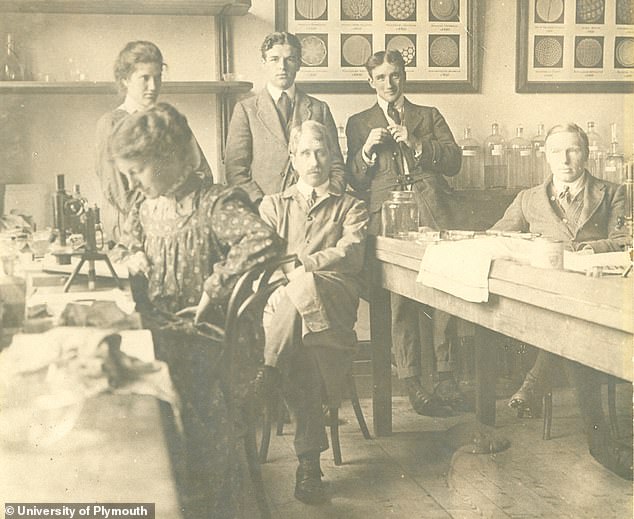 An increase in rainfall levels likely caused lower salinities in the intertidal region, where the flatworm is commonly found and from where these samples were taken.

The original 1914 study into flatworms was led by Dr Dorothy Jordan Lloyd.

Jordan Lloyd was an early protein scientists who studied the interactions of water with proteins.

She was the first to propose that the structure of globular proteins was maintained by hydrogen bonds.

Her 1914 study into flatworms revealed their ability to regenerate – but only under certain levels of salinities.

Born in Birmingham, she contributed multiple scientific papers and was a leading expert in leather technology.

Researchers say this provides possible evidence that the species has adapted to climate change at a local level and in the wild.

Study leader Katharine Clayton, at Plymouth University, said they first wanted to see how the flatworm tolerated salinity levels in its natural habitat.

‘However, we quickly found out about Dorothy’s study in 1914 so it became a perfect test of how an individual population had adapted to changes within its immediate environment,’ Clayton, who is now studying for a PhD at Exeter, explained.

Professor Spicer added: ‘With the two studies being conducted 50 years before and after the start of the Anthropocene, it also provides a fascinating insight into the effect humans are having on species with whom we share our planet.’

The Anthropocene is a theoretical ‘epoch’ that defines by the impact of human activity on the planet including nuclear tests and plastic pollution.

Some scientists believe the Anthropocene began int he 1960s, and others when the first nuclear weapons were tested in the 1940s – the specific date has yet to be ratified – but it likely started after Jordan Lloyd’s 1914 study of flatworms.