A climate change protester has been kicked out of Q&A after heckling host Tony Jones.

The ABC’s panel discussion program was being filmed in Perth on Monday night when the incident happened.

Ryan Small was invited to ask the panel a question when another audience member wearing a white T-shirt promoting ‘Extinction Rebellion’ interrupted.

‘Thanks Tony for coming across to Western Australia, we really appreciate you coming over here,’ the man began by saying.

But as he started speaking the audience could be heard groaning.

‘Okay that is not Ryan. You are not here asking a question. You have just jumped up interrupting the questioner,’ Mr Jones said.

‘So please if you wouldn’t mind, just sit down.’

However, the man refused to sit and continued to speak, despite the crew removing the roving microphone from him.

‘There is no microphone on you. No one can hear you. It’s pointless,’ Mr Jones said.

As security attempted to remove him from the venue the man could be heard yelling.

‘You are hurting me. Let me go,’ he screamed. 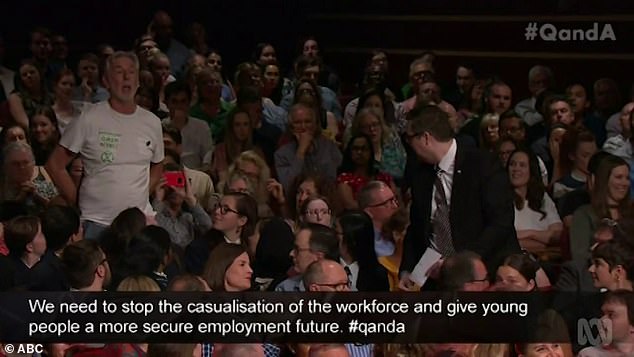 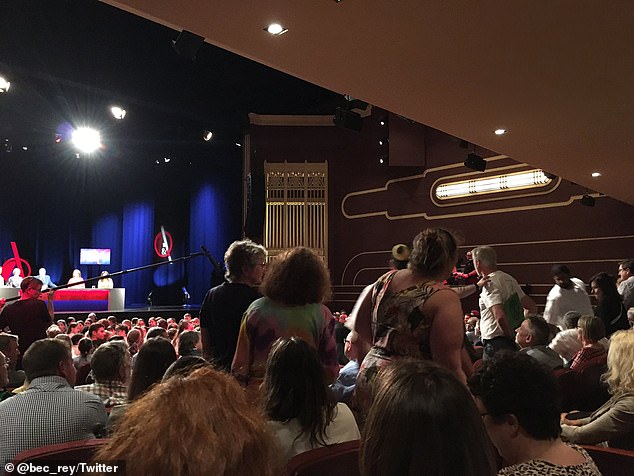 However, the man refused to sit and continued to speak, despite the crew removing the microphone from him (pictured: the audience member being asking to leave)

Mr Jones then asked for the real Ryan Small to stand up and ask his question.

As Mr Jones asked his question the protester could still be heard yelling.

Extinction Rebellion is a worldwide group pushing for action on climate change.

In August the group organised a large scale protest in Brisbane where members of the crowd superglued themselves to the asphalt at busy intersections.

The supergluing practice spread to protest in other cities with more major protests being held in Brisbane, Melbourne, and Sydney in September. 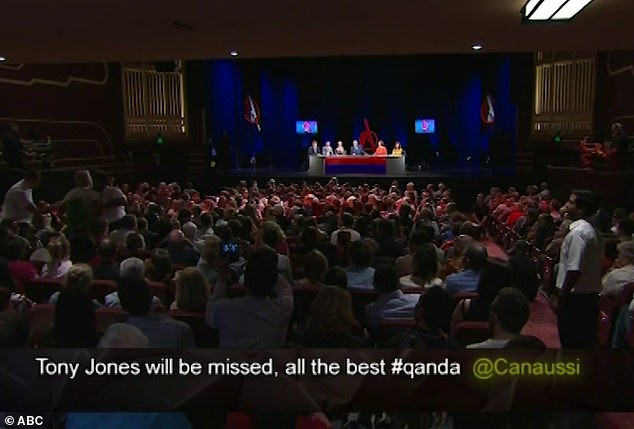