James Carville, the former political strategist who worked for President Bill Clinton in the 1990s, is predicting that President Donald Trump will ‘get his fat a** beat’ in November’s general election.

Despite polling day being six months away, Carville believes firmly that former vice president and the presumptive Democratic nominee, Joe Biden, will secure a convincing victory over the incumbent. 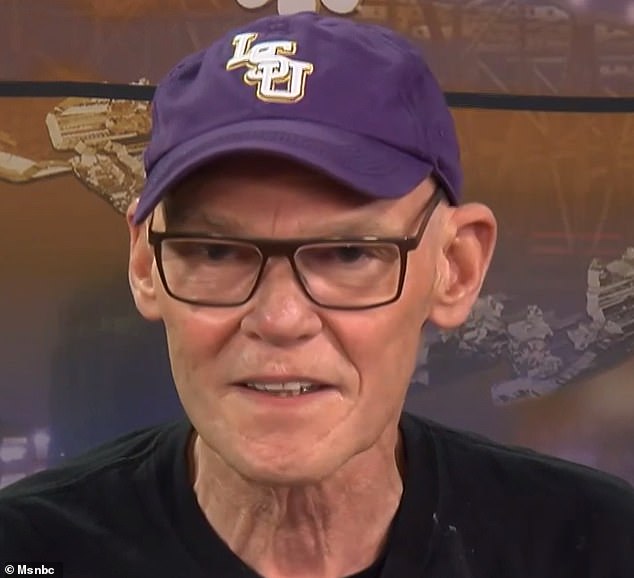 ‘If we want to go to the lethargic stuff, blah, blah, blah, worry about this, we can get 290, 295 electoral votes and it’ll change nothing,’ Carville explained. ‘If we go and take it to him and talk about what a massive fat figure he is, we can runaway with this thing. The idea is not to defeat Trump, we have to defeat Trump-ism.’

Similar claims were made during an interview on MSNBC earlier this month where he proclaimed Trump’s campaign aides to be a ‘pack of grifters’ who know he won’t win the 2020 election. 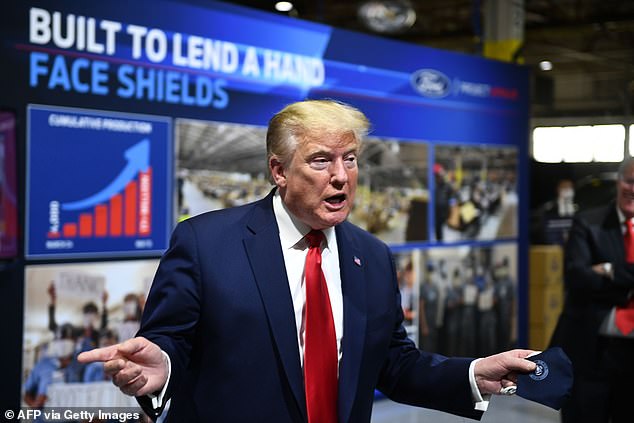 Despite polling day being six months away, Carville believes former vice president Biden will secure a convincing victory over the President Trump 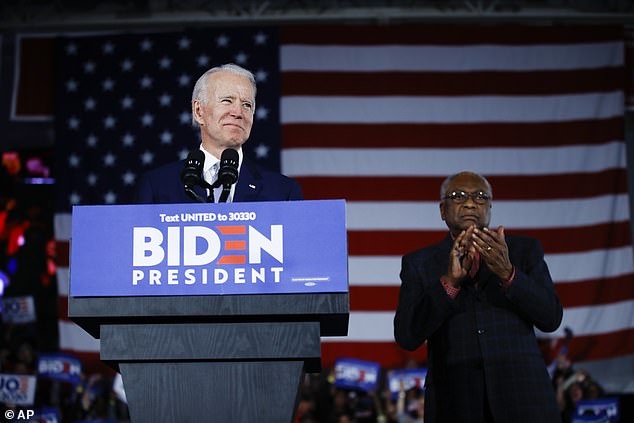 ‘That guy literally saved the Democratic Party…’ Carville said of Clyburn. The congressman is pictured with Biden at a primary night election rally in Columbia, South Carolina, in February 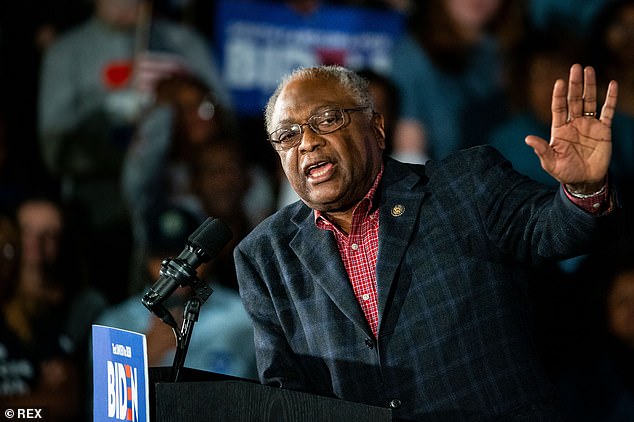 ‘Trump is weak, he is fat, he is slow, he is being stolen from,’ Carville noted. ‘They’re just sucking off of him. They’re going to steal everything to the last moment. At some level, Trump knows that.’

The endorsement was seen as helping Biden solidify black voter support in Saturday’s primary in the Palmetto State. 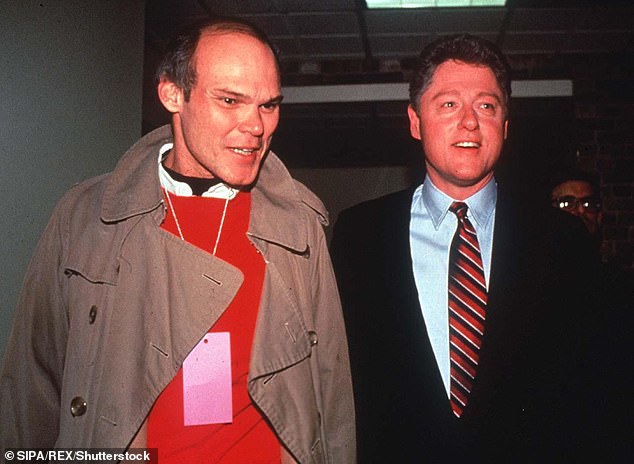 Carville (left) worked as a political strategist for President Bill Clinton. He is pictured with the former president in 1992 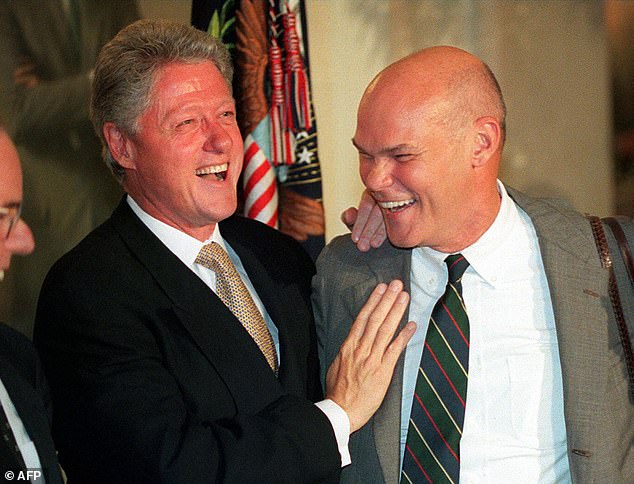 US President Bill Clinton along with friend and adviser James Carville pictured in July, 1999