Clive James would never see Australia again in the final decade of his life.

The boy from Kogarah in Sydney’s hardscrabble south left Australia in the early 1960s for England, where he made a name for himself as a prolific writer, television personality and latter-day, lonely ladies’ man.

His mother Minora, who had left school at 14, raised him singlehandedly even before his father Albert, a prisoner of war, died in a plane crash.

Tragically, Clive James’s father had just been freed from his Japanese captors in 1945 – 10 days after the end of World War II – when he met an early end.

He left behind a six-year-old ‘war orphan’ who would leave Australia at age 22.

Clive James (pictured in 1995 with his Australian-born wife Prue Shaw) would never see Australia in the final decade of his life. The boy from Kogarah in Sydney’s hardscrabble south left Australia in the early 1960s for England, where he made a name for himself as a prolific writer, television personality and latter-day, lonely ladies’ man

Despite spending 57 of his 80 years living in the United Kingdom, the man with the nasal twang never relinquished his Australian passport, his Australian accent or his taste for Australian women.

He once described his mind ‘as Australian as a lawn full of bindi-eyes’ and said it would remain that way ‘right to the end’.

Post-war Australian suburbia wasn’t so exciting to him during the 1940s and 1950s.

The cultural cringe was long gone in his final years.

One of Australia’s greatest literary exports remained homesick, five decades after leaving for London as part of the ‘Sydney Push’ of expats that included the likes of feminist pioneer Germaine Greer and satirist Barry Humphries. 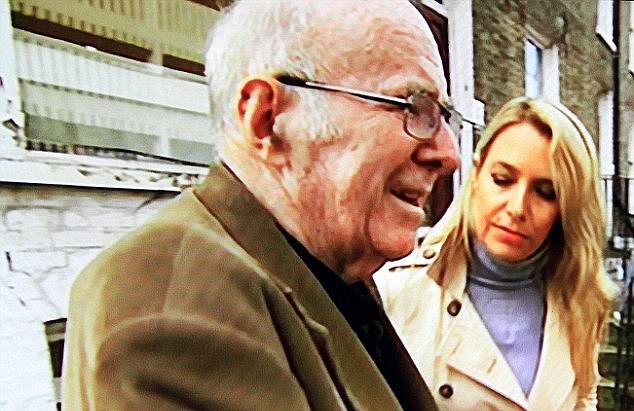 Despite spending 57 of his 80 years living in the United Kingdom, this man with the nasaly twang never relinquished his Australian passport, his Australian accent or his taste for Australian women (pictured is Clive James being accosted by his eight-year mistress Leanne Nesbitt in 2012)

The life of Clive James

* Father died in a plane crash on the way home from a World War II Japanese internment camp.

* Upon graduating worked as an assistant editor at the Sydney Morning Herald for a year.

MOVE TO ENGLAND AND CAMBRIDGE

* Television critic for The Observer in 1972.

* Wrote literary criticism extensively for newspapers and magazines in Australia, Great Britain and the US.

* Released his first book The Metropolitan Critic in 1974, followed by another five books including a biography that charted his early life in Australia.

* Began publishing books of poetry in 1975, his final collection was released in 2017.

* Frequented British TV music show ‘So It Goes’ in the mid-70s.

* Turned his hand to documentary making in 1993 with Fame in the 20th Century.

* In the early 2000s had an affair with Sydney socialite Leanne Edelsten.

He last publicly visited Australia in August 2007 to deliver the keynote address at the Melbourne Writers’ Festival, where he admitted he started writing poetry in a futile bid to attract women.

Being an expat didn’t stop him, three months later, from urging Australians to vote out John Howard’s 11-year-old Coalition government and back Labor’s Kevin Rudd – even though his political instincts were usually a bit more conservative.

In early 2010, he was diagnosed with leukaemia, kidney failure and several lung diseases.

Going public about his blood cancer in 2011, he lamented that he couldn’t return to his beloved home country.

‘The really irksome drawback about being so short of oxygen is that I’m not allowed to fly. I hope that can be fixed, so that I can get to Australia,’ he said.

As a sick man, James expressed a desire to be cremated so his ashes could be spread in the city where he was born as Vivien Leopold James on October 7, 1939.

‘My ashes should go back to Sydney probably travelling coach class by Qantas and they should be scattered in the harbour just under the southern approach to the Harbour Bridge,’ he told 7News in 2015. ‘That’s a good spot.’

Even in his final years, he saw himself in Sydney’s landmarks, including some of the city’s darkest places.

His mother didn’t just nuture his love of literature.

Minora James was also instrumental in shaping his character, at least when it came to forgiveness for those who spent three years torturing the father he never met.

‘She taught me not to resent the Japanese,’ Clive James told former prime minister John Howard in a UK video interview for The Australian in 2016.

A young Clive James was also taught to forgive the Americans, who had insisted the freed Australian prisoners of war be flown home from Japan rather than be repatriated by ship.

‘Even more generously, she taught me not to resent the Americans whose enthusiasm and generosity had actually been the culprit,’ he said.

As an old man, he regarded his father’s capture at Singapore in 1942 as ‘chance’.

Growing up as a ‘war orphan’, Clive James wore his father’s medals on Anzac Day and met other children in his situation at Legacy events, held at Clifton Gardens by Sydney Harbour on the Lower North Shore. 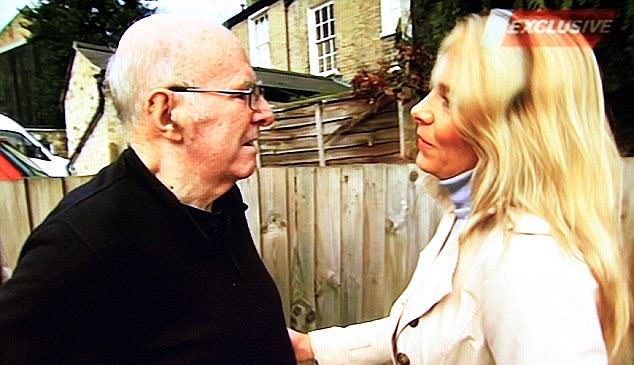 The author of more than 30 books is less proud of his legacy as an unfaithful husband and family man, that saw him living alone as a sick, old man. His eight-year affair with socialite Leanne Nesbitt (pictured in 2012) saw his wife of 43 years kick him out of their marital home

The author of more than 30 books is less proud of his legacy as an unfaithful husband and family man, that saw him live his final days alone.

‘I could have behaved a lot better.’

In Sentenced To Life, published in April 2015, the atheist grandfather and father-of-two revealed his loneliness as a result of his infidelity.

‘Far too casually, I broke faith when it suited me and here I am alone and now the end is near,’ he wrote.

In 2012, his 43-year-marriage to Prue Shaw, an Australian-born emeritus professor of Italian studies at London University, was put under heavy strain, which saw him kicked out of their marital home at Cambridge, in the English East Midlands.

One of his mistresses, Leanne Nesbitt, a 48-year-old former Australian model, had revealed to Nine’s A Current Affair in 2012 she had an eight-year affair with James. 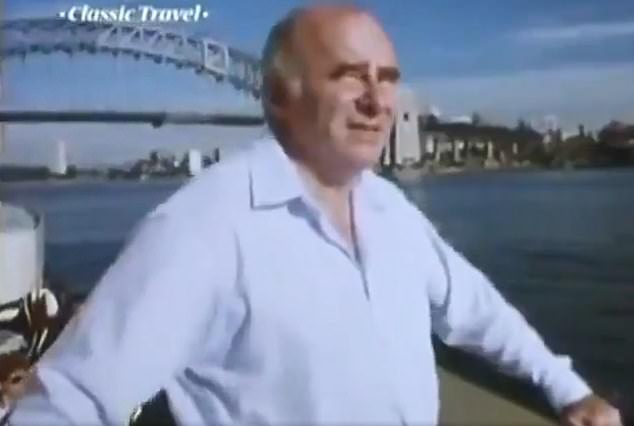 They had met at a Sydney restaurant in 2004.

The ex-wife of medical entrepreneur Geoffrey Edelsten regarded her lover, 24 years her senior, as her ‘Mr Wolf’.

‘And I said to him, you’ve just ravished me like a wolf and so he said, “And so it shall be, Miss Hood,’ she told veteran reporter Martin King, explaining the Little Red Riding Hood reference.

She added they would drink a cup of tea and eat a Cherry Ripe chocolate bar before and after having sex.

Nesbitt, who was far from the only woman on the side for James, also asked her to send him raunchy photographs of herself wearing lingerie.

She was flown to Britain with a camera crew in toe to accust her frail former lover with questions about who else had the photographs.

‘I’m just worried about my privacy, that’s all,’ she said.

James told another interviewer in his later years that apart from writing he had no other gifts, apart from ‘sly deviousness’.