This is the cute moment a baby elephant trips up while trying to chase away a dog.

Nine-month-old T-noi walked out of his enclosure when the mutt started barking.

He stopped for a short time to see where the dog was going. 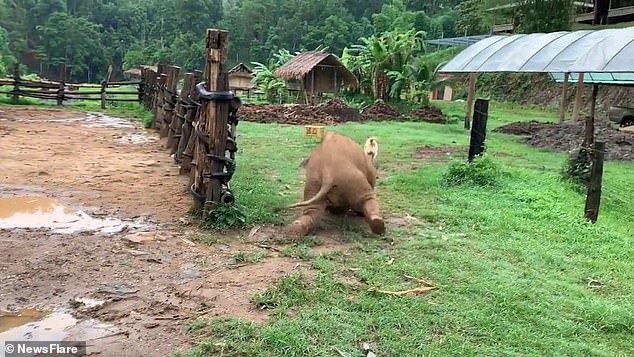 While chasing the dog, however, the elephant slipped on the muddy ground at the Rai Aomgord Phu Kao Organic Farm in Chiang Mai, northern Thailand

As the mutt tried to run away, the elephant followed him.

Before he could get near the light brown dog, however, T-noi slipped on the muddy ground and fell down.

After slipping, the elephant soon got up.

The dog then turned around, joined by another mutt, chasing T-noi back into his enclosure. 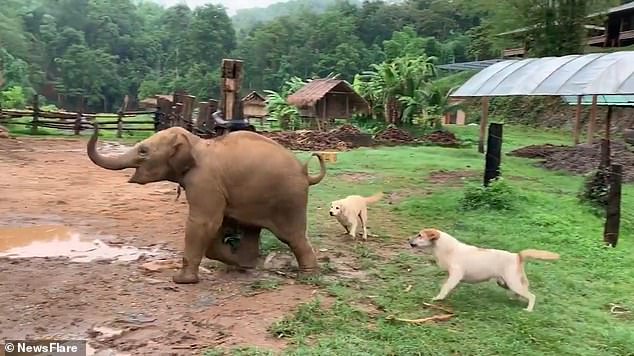 After T-noi got up again, the mutt and another dog chased the elephant back into his enclosure 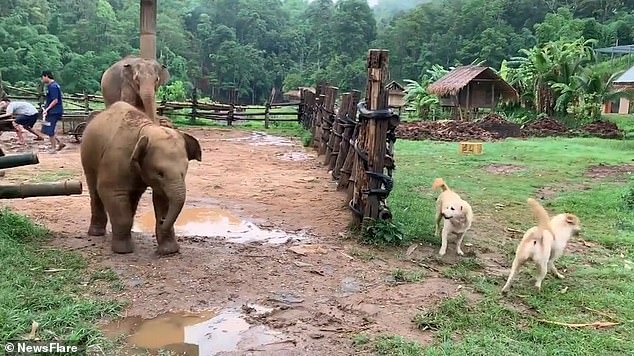 Once back in the enclosure, T-noi looked at the two barking dogs who remained outside

Once he entered the enclosure, the elephant stepped back while looking at the two dogs.

Manager Sathian Jaikham said the baby elephant slipped after a heavy rainfall in the area on May 30.

He said: ‘This baby elephant and the dogs have a rivalry going on.’

‘T-noi wants all the attention to himself so they have an uneasy friendship.’