Longtime CNN Pentagon correspondent Barbara Starr bid farewell to the network on Tuesday her home for more than two decades.

Starr, 72, has been a fixture at CNN since 2001 covering US military and politics out of the Washington DC bureau and has frequently appeared on The Situation Room with Wolf Blitzer and New Day.

During her nearly 22-year career, she has covered some of the biggest stories that have taken her to Iraq, Afghanistan, Syria, and the Horn of Africa.

On Friday, Starr sent a bittersweet letter to her colleagues telling them it was time for her ‘to move on. ‘With the expiration of my contract in the coming days I have made the decision to move on,’ she said.

‘Let me say this…you never say goodbye to your friends, so I won’t.’ 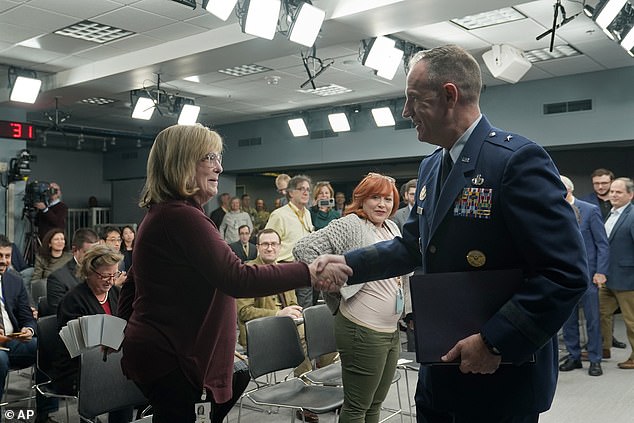 CNN’s chief national security correspondent Jim Scuitto and his co-host Erika Hill said their goodbye’s to Starr during the Tuesday morning segment which was her last day at CNN.

‘I know you a heck of a long time maybe 20 years. I am really going to miss you,’ Scuitto said. ‘You are damn good at your job and you happen to be a really good egg.’

Hill chimed in. ‘You are already missed Barbara so well respected not only here at CNN but in the broader community of journalists. I know how well respected you are at the Pentagon and your sourcing,’ she said.

‘You are just a really great human and thank you for all the times I have asked you for guidance and help on something. We already miss you and wish you only the best.’

Many loyal viewers expressed their admiration for the veteran journalist on Twitter with some surprised by her departure.

‘Wow, end of an era. Always knew we were getting good, reliable reporting when Barbara’s name was on it,’ one person wrote.

‘No, not Barbara Starr too.. sincerely hope, (but doubt as @CNN is destroying so much), that she is leaving on her own accord,’ another said.

Someone added: ‘She’s a huge loss for CNN. She’ll have her choice of where to go though.

Saying farewell this morning to the great Barbara Starr on her last day at @CNN – a tremendous journalist and, most of all, a good egg. I’ll miss you my friend! pic.twitter.com/RUzZxm4aAi 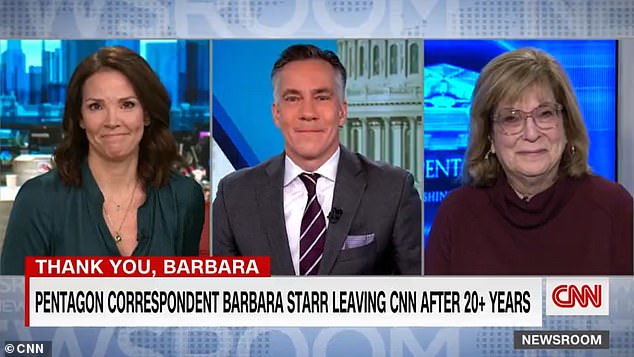 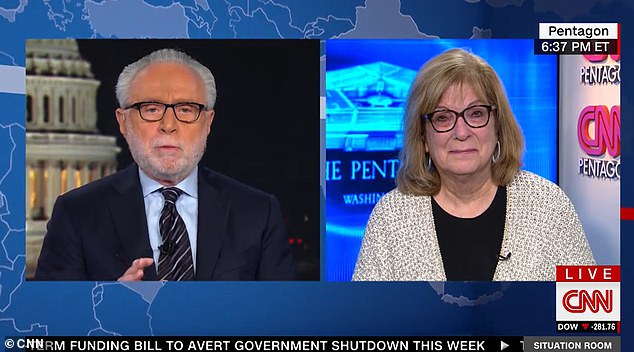 Wolf Blitzer tweeted ‘last night, I said goodbye to our wonderful and longtime Pentagon correspondent @barbarastarrcnn who is moving on.’

‘Barbara has covered so many consequential stories during her truly remarkable career here at CNN reporting from war zones including Afghanistan, and Iraq and working her sources at the Pentagon,’ Blitzer said.

‘CNN and our viewers have benefitted greatly from her extraordinary reporting skills and deep knowledge of the US military.’

‘From all of us Barbara we love you and we appreciate you and we will miss you,’ he said.

Starr, who appeared touched replied,  ‘As you and I both now, nobody does it better than CNN.’ 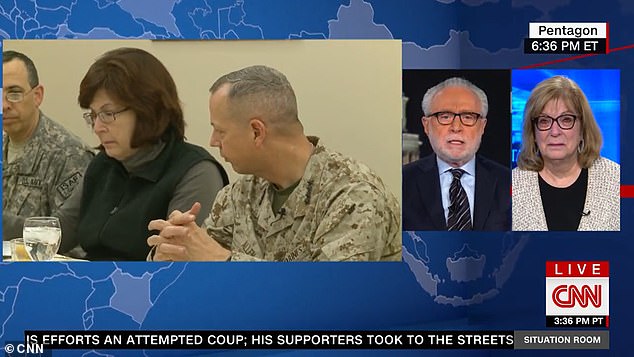 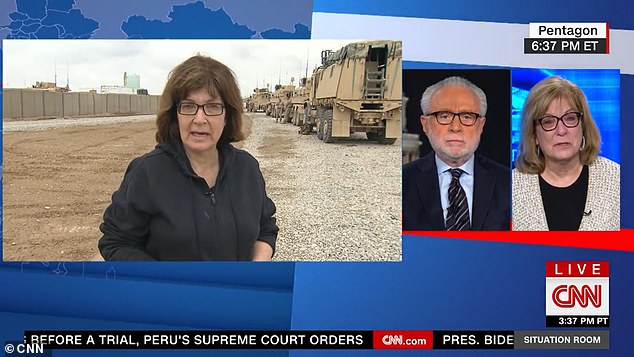 In 2006, Starr traveled to Beirut, Lebanon with U.S. Marines tasked with evacuating Americans during Israel’s war with Hezbollah.

She has also reported from the Persian Gulf, Russia, Central America and the Chinese-North Korean border.

Before CNN, Starr worked as a producer for ABC News delivering the network’s news from the Pentagon and providing on- and off-air reporting on military and national security affairs. During her time at the network, she won an Emmy as a location producer at NORAD/Cheyenne Mountain. The story covered the transition to the new millennium at Moscow rollover time, CNN reported.

She also reported for Nightline, World News This Morning, World News Now, ABC Radio, among others. Some of her major stories include wounded troops, the plight of homeless veterans, and her reports on the fallen regularly from Section 60 at Arlington National Cemetery, the final resting place for veterans of the wars in Iraq and Afghanistan.

Earlier in her career, she was the Washington, D.C., bureau chief for Jane’s Defence Weekly, a London-based weekly newsmagazine, for nearly a decade where she covered all aspects of national security, the intelligence community, defense and military policy.

In 2014, she was honored  with a Jefferson-Lincoln Award for her work in journalism by the Panetta Institute for Public Policy.