Commentators are weighing in on the protests and riots that have gripped Minneapolis over the death of George Floyd, with CNN’s Van Jones saying ‘I haven’t seen black people this upset in 20 years.’

‘I don’t have an answer to that,’ Jones continued. ‘I have not seen black people this upset in 20 years, maybe longer.’

‘I have not seen black people this upset in 20 years, maybe longer,’ said CNN’s Van Jones 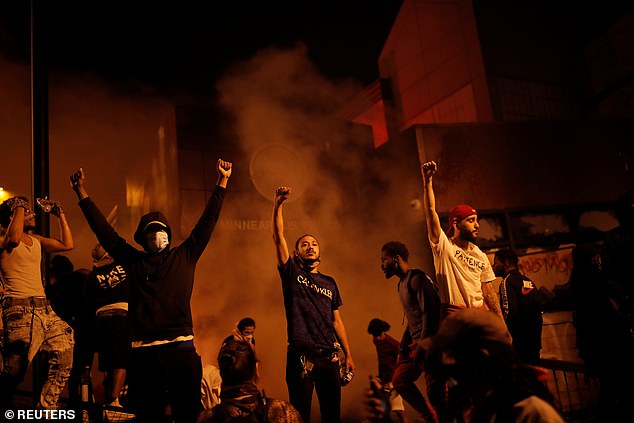 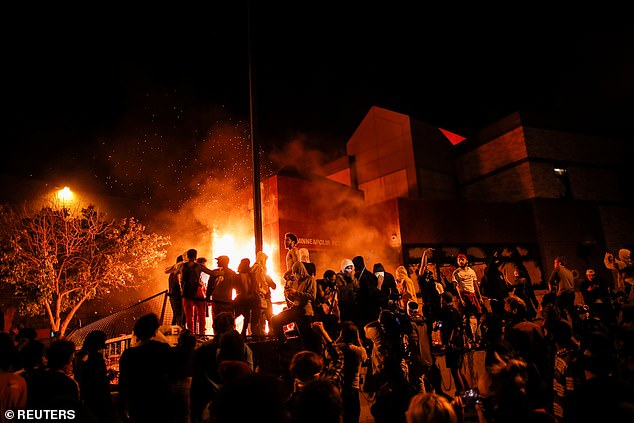 Protesters gather around after setting fire to the entrance of a police station as demonstrations continue in Minneapolis, Minnesota on Thursday night

Floyd, 46, died on Monday after bystander video showed police officer Derek Chauvin kneeling on his neck for at least seven minutes while Floyd was handcuffed during an arrest on forgery charges.

Protests over Floyd’s death have spread nationwide and turned to violence in Minneapolis, where a police precinct was overrun and set on fire overnight on Thursday.

‘We thought we got an answer, it’s called body cams — that we just put body cams on all these cops and you can see what they were doing,’ Jones said. ‘They would either be stopped or the public would be so outraged.’ 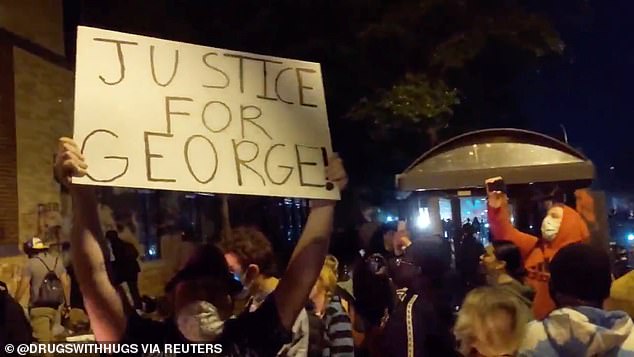 A demonstrator holds a placard while protesters gather around an on fire entrance of a police station, as demonstrations continue after a white police officer was caught on a bystander’s video pressing his knee into the neck of African-American man George Floyd 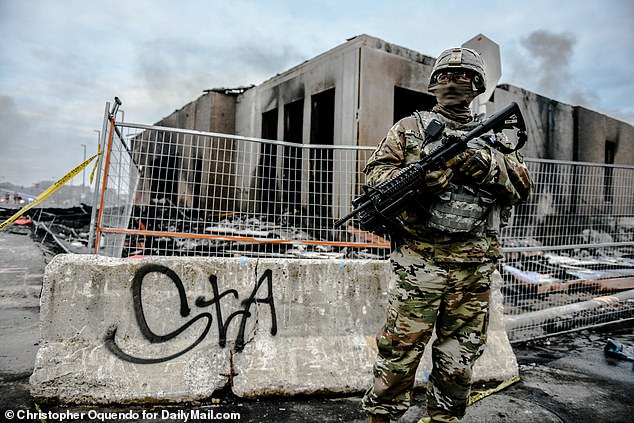 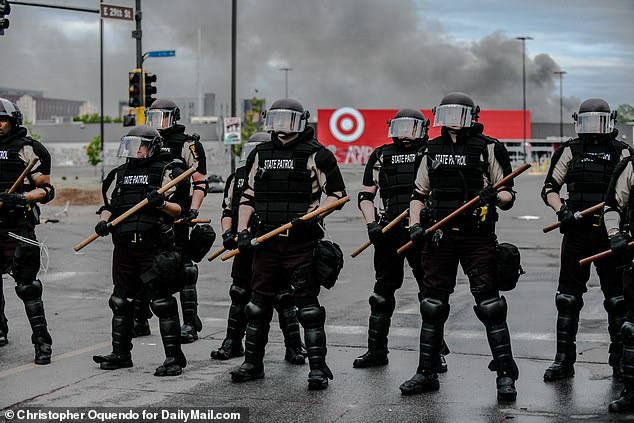 ‘These guys knew they had on body cams. There were people standing there with the cell phones out. 18 complaints should trigger a separate review,’ he continued.

Chauvin, the officer seen kneeling on Floyd’s neck, and the three other officers present at the scene were all fired, but none have been charged.

On Thursday, prosecutors said that there was evidence that indicated criminal charges were not warranted, without going into further detail.

‘I think there is a frustration out there,’ CNN host Don Lemon said on Thursday night, reacting to the prosecutors’ announcement. ‘People are frustrated at the urgency. How much more video do they need?’

‘Are they going to be arrested or are they not?’ he asked. ‘Are we going to have the same legal system that we have for the average adult?’

Other commentators also weighed in as the nation was gripped by images of the burning third police precinct in Minneapolis, which cops abandoned as protesters advanced.

Speaking on MSNBC on Friday morning, Rev. Al Sharpton said: ‘The pain is the real issue that I think we are seeing there.’ 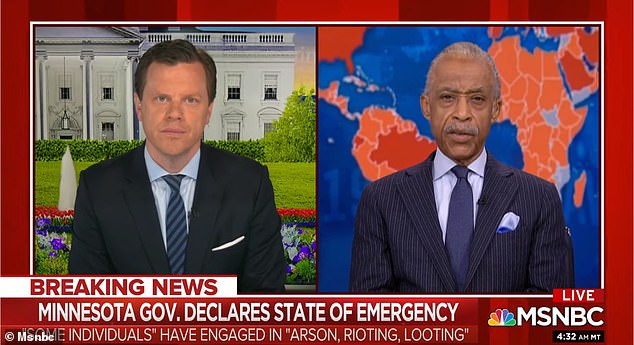 Speaking on MSNBC on Friday morning, Rev. Al Sharpton said: ‘The pain is the real issue that I think we are seeing there’ 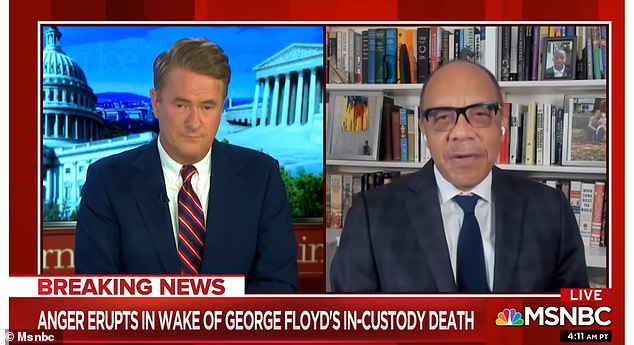 ‘The feeling that you trust law enforcement and they were the ones to kill your son your brother. Where do you go when you feel the cops and the robbers are against you?’ he continued.

‘That is the pain we have been trying to expose for a long time that we are seeing explode with this violence,’ Sharpton said.

‘Let’s remember the violence started when that man put his knee on the throat of George Floyd and killed him.’

‘I was so angry, I’ve been so angry this week,’ he said. ‘At what keeps happening in society. You know, black men walk around with a bull’s eye on their chest and their back.’

‘I don’t know how you can watch that video without feeling anger,’ he said of the bystander video that captured Floyd’s arrest.